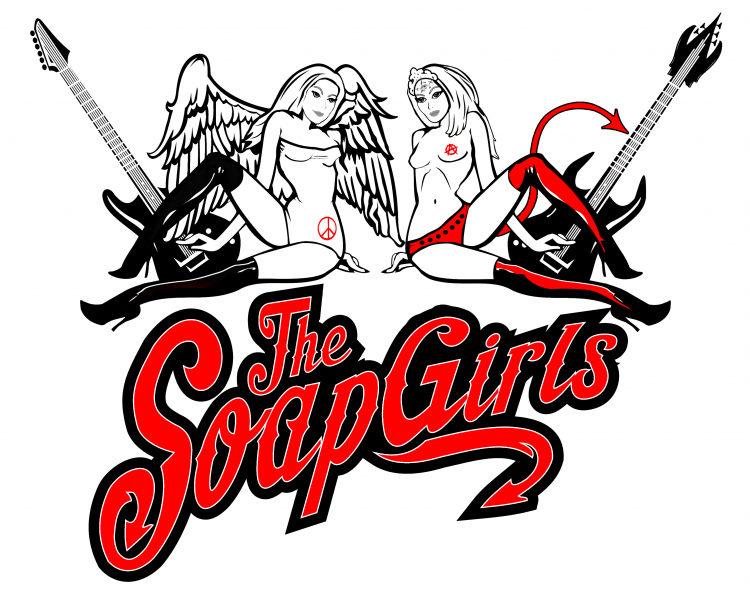 The Soap Girls aren’t a new act. Ca(Mille) and Noe(MIE) Debray were street performers from the age of 8 & then plucked & picked for stardom by Universal records. Sadly, Universal wanted to turn them into a pop act but that went totally against what the girls wanted & of course, once you’re used to doing things your own way, you don’t really want to be told what to do.

They are, for now, self financed, unsigned & a new single Bad Bitch on the way.

Their career as The Soap Girls hasn’t been without its pit falls.

A gig in Hastings at the Union Bar is a memorable gig for the Mie & Mille for all the wrong reasons.

Pete Way (of UFO) made a statement back in November 2015 “The Soap Girls, the act I have been helping out and working with, had a really awful experience when playing The Union Bar in Hastings a couple of days ago. The venue owner treated them quite appallingly and instigated the throwing of a bucket of fake ‘blood’ over them during their set which trashed their instruments and it could’ve easily ended in tragedy and electrocution. The liquid went into their eyes causing burning. Their mics were also smashed into their faces causing cuts and bruises to their faces and rendering the mics unusable. Despite all of this and to their credit the girls finished their set! I know male bands who would’ve caved under such abuse. I am very proud of them and I would ask for the decent, true music fans out there boycott this venue. This appalling behaviour is completely unacceptable. Bands expect to be booked to play their set not physically abused.” (taken from Pete’s Facebook page) 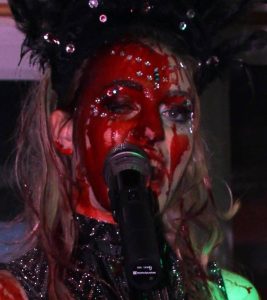 Both Mie & Mille explained to me that they still have anxiety attacks on stage because of this incident but it hasn’t stopped them putting on a great punk rock show. Thank fuck they weren’t seriously hurt

The owner of The Union Bars statement is as follows “Paul Tublord I own the venue .. I told Maisy and caldog to throw the blood … The soap girls are the epitome of all that is wrong with the music scene. These girls are sell out sluts exploiting themselves and damaging the feminist movement. No one would even be talking about this gig if Maisy hadn’t of done that. That gig is probably the most punk rock gig they will ever play. If this band ever play a U.K. Festival no doubt they would be pelted with bottles of piss. They should stick to working in a lap dancing club.”

I spent time with the girls in Edinburgh & I can honestly say that they are 2 of the nicest people I have met on this planet. Although just in their early 20’s they’re extremely bright & clued up (old souls in young bodies). The only thing controversial about this Cape Town duo is ,they don’t give a flying fuck what people think of them. They will dress & look a certain way, act a certain way & basically stick their middle finger up to anyone that doesn’t like what they do. They are the epitome of punk rock. Punk is meant to be non conformist with a ‘stick it to the man’ attitude & these girls do it so well.

Live, the girls are unpredictable & have a sense of mischief & mayhem about them. There’s some great audience participation moments that involve, sucking out an (fresh) eye from a fish, plying a member of the audience with a secret drink they have named Voodoo Child (It’s obviously a well-kept family recipe as they wont say what’s in it) & spraying the audience with champagne. . musically,y they’re on a similar level to L7, have a similar agenda to shock & for the audience to take notice to what they have to say.

The Soap Girls aren’t just really easy on the eye, bu as you watch the show you get past that & realize that you have a couple of performers who have an agenda to expand the audiences perceptions of race, gender, bullying & judgmentalism. There is nothing you can fault these girls on at all.  They can both sing, play their own instruments, put on a really good show & they even write their own songs.

The show in Edinburgh was superb, high energy & raw as fuck. Mia & Mille are both fearless on stage.

In the world of throw away music, there’s finally a young act that’s repared to put a little bit of danger, buck the system & not bow down to the mainstream media of what this duo should be about.

For that. I salute them. 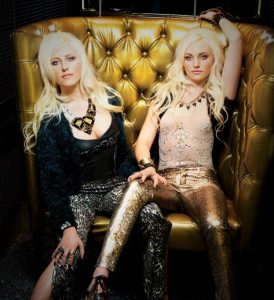