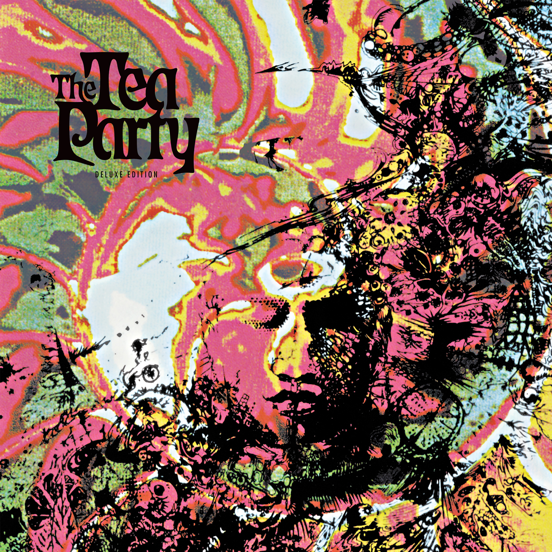 Canadian rock trio The Tea Party is releasing a brand-new CD Deluxe Edition and Remastered Vinyl Edition of their iconic first album “The Tea Party” on December 10, 2021 through Universal Music Canada, the country’s leading music company. These new editions are coming 30 years since the album’s initial “indie” release and includes remixed and remastered audio by Stuart Chatwood, updated images and liner notes. The Deluxe Edition will be available on 2CD plus an eAlbum, the Remastered Edition is available on 2LP pressed on 180g red vinyl and will also be available on eAlbum, MFit + Hi-Res Audio.

For fans of the band, “The Tea Party” has remained a collectible album since its release in 1991. It was originally recorded as a demo which the band submitted to several record companies. However, the band was not signed to any recording contract and decided to release the album independently. The album production is relatively lo-fi, and the band re-recorded several of the songs for their follow-up “Splendor Solis.” Only 3,500 copies of the album were made, some of which were cassettes, making the recording a collectible to fans.

“Thirty years is a significant milestone. It has certainly been a trip in every sense of the word. If you had asked us in 1991 if we’d be re-issuing this record in 2021, we might actually have said, ‘Why yes of course!’ as it was this self-belief that let the band make the kind of music we made,” explains The Tea Party’s Stuart Chatwood. “We are thrilled to finally be able to share this limited release with all our supporters. It’s a unique collection, especially the deluxe edition that will give people both the original and new mastering. It captures a band on the beginning of a sonic trip that took us from Detroit to Delhi to Dusseldorf to Down Under and back. Physically the record enabled us to journey from a tiny Toronto rehearsal space to some of the greatest venues in the world and for that we are very thankful. Enjoy!”

Formed in 1990, The Tea Party have released seven studio albums, selling over three million copies worldwide, filling stadiums on the strength of anthemic hits such as The River, Sister Awake, Temptation, and Heaven Coming Down. 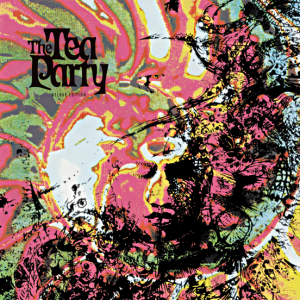 Let Me Show You The Door / Midsummer Day / Little Miss Heaven / Winter Solstice / Save Me / Sun Is Going Down / Watching What The Rain Blows In / Fallen Angel / Dreams Of Reason / Goodman Rag / All My Charms / Baby What You Trying To Do + Bonus Demo’s: Solomon’s Blues (Demo)  / Pye Dog on the Prowl (Demo)

Winter Solstice / Save Me / Sun Is Going Down

Watching What The Rain Blows In / Fallen Angel / Dreams Of Reason

Goodman Rag / All My Charms / Baby What You Trying To Do

With a career spanning over thirty years and nine major-label releases, The Tea Party, composed of Jeff Martin, Jeff Burrows, and Stuart Chatwood, have successfully gained the attention of fans on a worldwide level. In addition to selling close to 2 million records worldwide, they have toured a countless number of times throughout Canada, the United States, Europe, and Australia. Much of the band’s success can be attributed to their larger-than-life stage presence. The Black River EP is the first record from The Tea Party since 2014’s The Ocean at the End. The EP release is the first of several for The Tea Party, as the band will be embarking on their 30th year together in 2021, with new music and several deluxe editions planned. For more info visit: www.teaparty.com