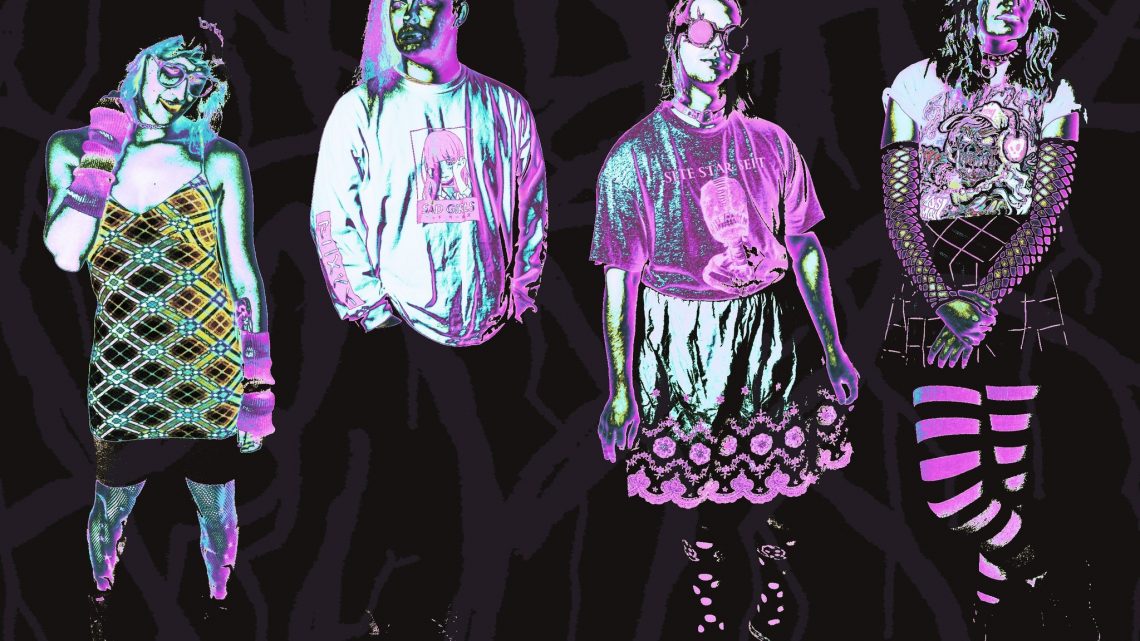 Speaking on the album announcement, K. Salmon (producer) comments: “The new album represents us moving into new territories musically. Over the last few split releases we’ve been exploring the world of heavy guitar music and electronic music a lot further outside the field of the sounds on our debut album. We really feel that this album brings together all those new sounds in a powerful and cohesive way.“

Of the lead single, Malady Jane (guitar) adds: “Rejection Sensitivity Dysphoria shows the sort of approach we’ve taken with our new album, drawing from our loves of both heavy guitar-oriented music and more electronic pop and dance styles. Lyrically, the song deals with the way that neurodivergence and mental illness can make you feel the world is out to get you.”

THOTCRIME’s prolific output to date has seen the band generate a buzz in online music communities and garner praise from Bandcamp Daily in the publication’s profile on the burgeoning cybergrind movement at large. D1G1T14L_DR1FT, the follow up to 2020s ønyøurcømputer, sees THOTCRIME continue to gleefully abandon genre convention in favour of boundless individuality and invention. Of the 13 tracks, THOTCRIME boast features from Carson Pace of The Callous Daoboys, Katie Davies of Pupil Slicer, Aki McCullough of Dreamwell and diana starshine.

Self-produced by the band before being mixed and mastered by the group’s very own K. Salmon, the usual pitfalls and tribulations of getting a group of people into a room to write and record an album do not apply here. THOTCRIME’s approach to crafting D1G1T4L_DR1FT is an embrace of technological advances and DIY collaboration via Discord servers, instant messengers and online community – with collaboration already playing a large part in THOTCRIME’s growing discography thanks to remix releases of their debut album in its entirety and their 2021 Remixes effort. D1G1T4L_DR1FT is tied together aesthetically in arresting fashion thanks to digital artist Yam Lynn.

On their second long player THOTCRIME continue to shun all that is conventional whilst cohesively blending together disparate influences from 100 Gecs to The Locust, D1G1T4L_DR1FT finds the international act steadfastly embracing exultation and conquering all that stands in their way. Stop the doomscrolling, THOTCRIME are the perfect antidote. 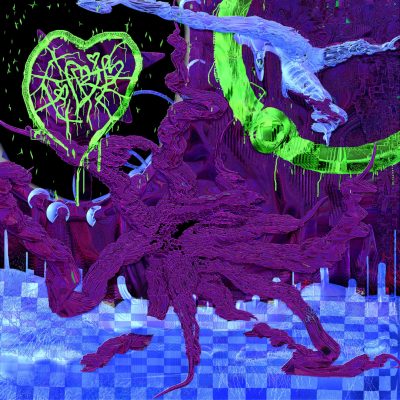 D1G1TAL_DR1FT  tracklist:
1. This Isn’t Foundation, Now Give Me Your Skin Please?
2. There Will Come Soft Rains
3. Rejection Sensitivity Dysphoria
4. trust://fall
5. 4V3R4GE_TU35D4Y.exe (ft Aki McCullough)
6. You’re Like A Black Hole, The Way You Expect My Life To Revolve Around You
7. Tweet This!
8. Broken Rib
9. Critical Codependence (ft diana starshine)
10. This Is My Breakdown, I Get To Pick The Music (ft Carson Pace)
11. Central Dogma
12. MOTHERFUCKER UNLIMITED (ft Kate Davies)
13. I Couldn’t End Me, So I’d Like To See You Try