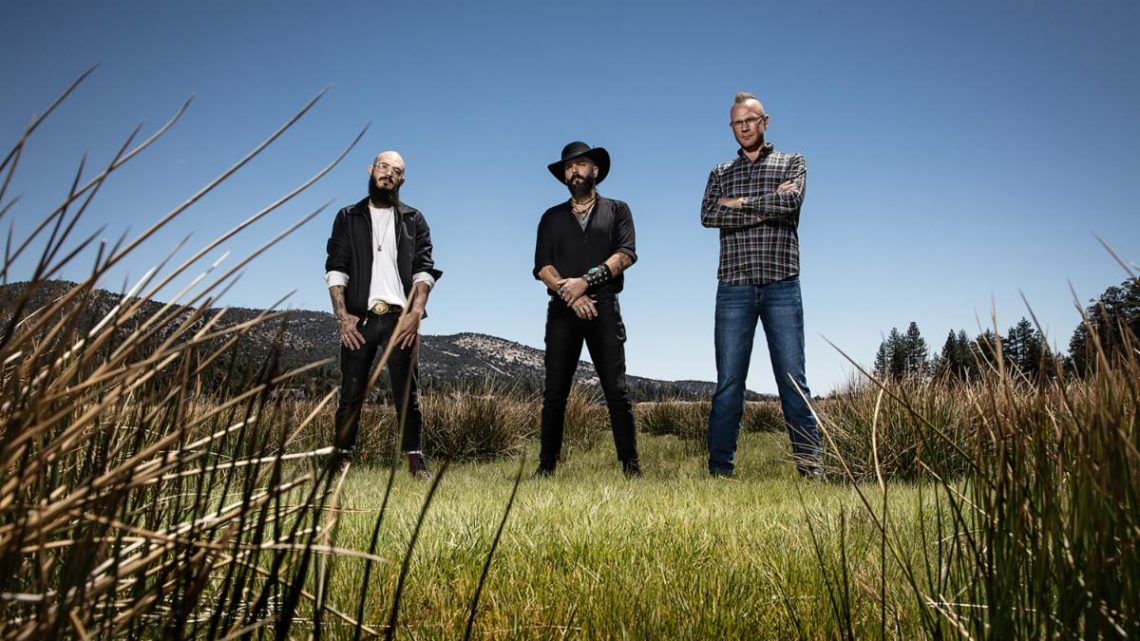 21st May 2021 0 By John Deaux
TIMES OF GRACE, featuring Adam Dutkiewicz and Jesse Leach of Killswitch Engage, return after a 10-year hiatus with their second album ‘Songs Of Loss And Separation’, out July 16 via the band’s own imprint label, Wicked Good Records, distributed by ADA Worldwide.
Pre-order it here and check out the band’s newly-relaunched webstores (USA and UK/Europe), with brand new merch and exclusive limited vinyl offerings.
Today, the band has shared the video for the new song “The Burden Of Belief.”
Churning depths of plaintive sorrow, stark self-examination, and moving soundscapes unfold in Times Of Grace, with flashes of cathartic power and an undercurrent of insistent urgency. It’s all a meditation on absence, grief, bewilderment, and rebirth — summoned with harrowing authenticity. “The Burden Of Belief,” the opening track on ‘Songs Of Loss And Separation’, is a dark and melodic slow burn that gives an epic sense of what’s to come.
“This song is the spark of the oncoming fire,” says Leach. “It foreshadows the journey of this album. This song is an unveiling of who we, Times Of Grace, have become after all of these years. This is a testimony of falling apart, losing faith, letting go, and the desire to kill and purge the past. It is the unravelling, the catharsis, and the rebirth. So it begins….”
“It almost feels strange finally releasing the songs on this record, especially this one,” says Dutkiewicz. “I started writing this song over 10 years ago, so it’s been around for quite some time. I really hope you guys dig it, and I hope we will get the opportunity to play it for you guys live someday. Thanks, everyone!”
The band’s debut album ‘The Hymn Of A Broken Man’ arrived in 2011, nearly a decade after Leach’s exit from Killswitch Engage, the pivotal New Wave of American Heavy Metal band the duo co-founded with friends in 1999. The first music from Times Of Grace materialized during Dutkiewicz’s arduous recovery from near-crippling back surgery. A collection of songs the multi-instrumentalist and producer knew would suit his once and future bandmate. The first album earned acclaim from BBC Music, The Aquarian, Rock Sound, Guitarist, Metal Hammer, Kerrang! and many others. It wilfully upended expectations, with flourishes of shoegaze and ambiance in its songs.
Now, 10 years after Times Of Grace first surfaced, the eagerly awaited follow-up arrives.
Comfortably stretched beyond the parameters of what came before, without sacrificing an ounce of integrity, Times Of Grace weave between pensive, heavy, mid-tempo rock, riffs, and atmosphere. The pair’s vocal interplay makes for a rich, dense, and enthralling concoction, powering through various trips through dark nights of the soul and mind-expanding excursions into the wild. ‘Songs of Loss and Separation’ benefits from the powerhouse performance of ex-Envy On The Coast drummer Dan Gluszak, who toured behind the first album and is now an official member of the band.
The sprawling second album from Times Of Grace, with a stunning album cover painted by John McCormack and album art layout by Tom Bejgrowicz, channels a dissonant, menacing, and unrelenting depression. Haunting romanticism and deep spiritual yearning collide in beautiful melancholy. It’s a diverse but singular statement, like the most beloved work of classic bands. ‘Songs Of Loss And Separation’, insistent in its bluesiness, bleeds distortion and emotion, like a nerve, exposed.
Simply put, Times Of Grace are a revelation.
‘SONGS OF LOSS AND SEPARATION’ TRACK LISTING: