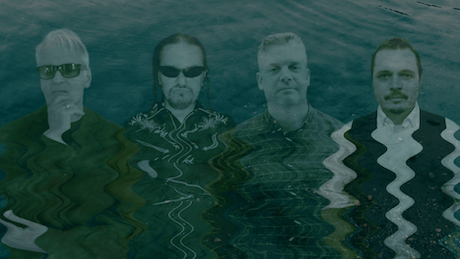 26th March 2021 0 By John Deaux
Tomahawk, today release their first full-length album in eight years, Tonic Immobility (Ipecac Recordings), and with it they have shared a new video “Predators and Scavengers” directed, animated and produced by Diego Cumplido.
About the video, Duane Denison (The Jesus Lizard/Unsemble) comments, “Predators and Scavengers” started out as a general observation on the current ecological climate of our planet. Perhaps it could also be applied to the socioeconomic climate as well? “
About Tomahawk and Tonic Immobility:
Stop if you’ve heard this one before…Four guys from a bunch of other bands walk into a studio and walk out with a record. That’s sort of the story of Tomahawk, but it’s not the whole shebang. The guys—guitarist Duane Denison [the Jesus Lizard, Unsemble, etc.], vocalist Mike Patton [Faith No More, Mr. Bungle, Fantômas, etc.], drummer John Stanier [Helmet, Battles, etc.], and bassist Trevor Dunn [Mr. Bungle, Fantômas, etc.]—show up just when we need them. The first time was in 2001 with the self-titled Tomahawk. Following Mit Gas [2003] and Anonymous [2007], they dropped Oddfellows during 2013. It marked their best debut, reaching #9 on the Billboard Top Independent Albums Chart.
The A.V. Club gave it a grade of “A-,” Revolver rated it “4-out-of-5 stars,” and Pitchfork chimed in, “This lurid, thorny, profoundly weird music–just comes tearing out.” All kinds of touring and festivals followed before the members went back to their gazillion other gigs in 2014.
On their 20th anniversary they finally return with their fifth full-length album, Tonic Immobility [Ipecac], in 2021. Thawed out from their slumber, they sound like, well, Tomahawk…
“Tonic Immobility could just be something in the air we’re feeling,” says Denison. “It’s been a rough year between the pandemic and everything else. A lot of people feel somewhat powerless and stuck as they’re not able to make a move without second guessing themselves or worrying about the outcomes. For as much as the record possibly reflects that, it’s also an escape from the realities of the world. We’re not wallowing in negativity or getting political. For me, rock has always been an alternate reality to everything else. I feel like this is yet another example.”
Tonic Immobility is available now (http://lnk.to/TomahawkTonic) in the following formats: digital, CD digipak, and 180 gram LP in textured gatefold packaging. Vinyl variants include standard black, coke bottle clear (indie retail exclusive – 5000 available). 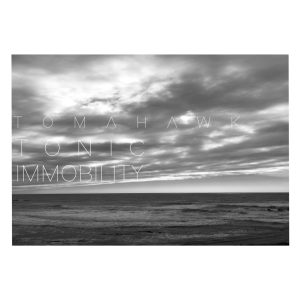 Tonic Immobility track list:
SHHH!
Valentine Shine
Predators and Scavengers
Doomsday Fatigue
Business Casual
Tattoo Zero
Fatback
Howlie
Eureka
Sidewinder
Recoil
Dog Eat Dog
“Every wayward step of Tonic Immobility is totally convincing. Tomahawk – a band that have very much prided themselves on their messiness and incoherency – have made perhaps their most cogent record yet.” – THE WIRE
“‘Tonic Immobility’ feels as if it has been directed by Duane Denison’s guitar work. His inimitable amalgamation of punk, metal, jazz and country flair provides both a disconcerting ambience and the dynamic thrill of bolting from shrill, spacious spookiness to full-on violence. The resulting record feels like a soundtrack for a Lynchian character whose nefarious deeds are cloaked by his detachment from the world around him.” – 8/10 CLASH MUSIC
“Spaghetti Western apocalypse tunes: Doomsday Fatigue. Riffs harbouring singalongs so dunderheadedly huge they conjure images of a spurting GWAR jizz-cock: Dog Eat Dog. Spiralling, early-Mastodon fretwork parrying croons against hardcore jabbing: Tattoo Zero.” – 8/10 METAL HAMMER
“The quartet’s not-so-secret weapon is guitarist Duane Denison, who clearly hasn’t lost the ability to churn out deliciously malevolent riffs since his days with the legendary noise-rockers The Jesus Lizard. John Stainer (Helmet/Battles) and Trevor Dunn (of Patton projects galore) are the rollicking rhythm section. Over that muscular racket, Patton croons, shrieks and shouts like it’s the end of days.” – 4* RECORD COLLECTOR
Facebook.com/Tomahawkband
Twitter.com/tomahawkband
Instagram.com/tomahawktheband