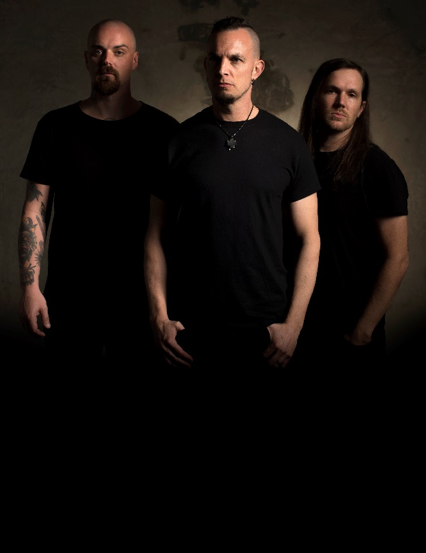 Synonymous with the massive success of Creed and then the blistering success of the incredible Alter Bridge when Creed disbanded, lead guitarist Mark Tremonti took on his own project with like-minded musicians back in 2011, where Tremonti was born. The debut album All I Was in 2012 brought ever more critical acclaim to the guitarist with its post-grunge meets thrash metal style that brought new fans to the fold. Under the label FRET12, Tremonti continued forward with Cauterise in 2015 which also received critical acclaim for its ferocity with clean vocals. Due to the ferocious writing during the Cauterise period, Dust came out of the woodwork of the spare songs left over in 2016. Teaming up with the producer of both Alter Bridge and Trivium, Michael Baskette, who also produced the previous three, Tremonti bring us their fourth album A Dying Machine to life under Napalm Records and FRET12. So, lets take a delve into story.

Like a western wild ride, ‘Bringer of War’ opens with a country-style that breaks down into a barrage of riffs and drums which sells the Tremonti style with typical panache. The chorus melodies blend really well with the track and the brutal threads of the lead and rhythm guitars. As is the usual sound for Mark Tremonti, whether that’s with Alter Bridge, Creed or Tremonti, the clean vocals make the brutality of the riffs softer and more palatable. Cutting into ‘From the Sky’, one of the best tracks of the album, the triple pulse riff that is synonymous to the band and to Mark’s style of play plays with clarity. This “Tremonti chord” occurs throughout the album, in many guises from the power chord pace to the slower ballad chord, yet that same pulse is always present. Much as this is very present here, it’s the harmony vocals that really make From the Sky so anthemic and stick in your head. Continuing with the album titled ‘A Dying Machine’, the album continues to shred out its heavy riffs, with the melody pre-chorus that hits into a rather melancholy chorus, the title track kicks up huge riffs and thumping bass lines.

Lyrically, ‘Trust’ sends shivers down the spine, its ability to bring out the passion and love within its song writing; the catchy chorus and lyrics really help to bring forth a song that not only breaks boundaries in love songs but also brings in contemporary ideology of relationships in the 21stcentury. We all have a past and baggage, we have to trust in the person we are with to understand that aspect of ourselves. From slow to blistering, Tremonti don’t pull their punches in ‘Throw them to the Lions’, the solo work alone is worth the listen here, even though the rest of the track just reminds you of a softer version of ‘Wish You Well’ from the debut All I Was. Aspects throughout the album, which is a huge 60 mins+, show off the styles of their previous releases, the stylization of Mark’s voice is perfectly front and centre with riffs and bass lines that lend well to his post-grunge voice. The heavy chugging riffs of ‘Make it Hurt’ takes you back to the first album once again, with its blistering chords and clean vocals; the bouncing drum beats of Garrett Witlock brings the track alive with its rhythmic percussions. This continues into ‘Traipse’ with it’s bluesy opening that crunches into a thunderous riff; the dark lyrics and tone gives it a haunting feel, especially with the acoustic style lines running through the verses. The story continues with the first single of the album ‘The First the Last’ and another ballad style brilliance once again; there is a definite theme here, that the big hitters are the ballads; a song about losing everything dear to you, really tugs on the heart-strings, helped by the bass strumming of Eric Friedman and the melodic vocals of Mark create such passion that it can bring a tear to the eye of any who really listens to the lyrics. The riffs are soft and rhythmic bringing back aspects of their third album Dust to the memory; only 2/3 of the way through and we have two ballads and a ton of brutal riffs and thrashy shreds.

The feel of the Cauterise album comes back screaming loud and proud in ‘A Lot Like Sin’; the pounding chugging riffs with a good mixture of the Tremonti triple chord. The percussions really make this a very heavy-set with the thumping bass lines and mechanic chug riffs. The heaviest track comes in the guise of the thunderous thrash epic ‘The Day When Legions Burned’; the typical triple chord takes its place happily within the brutality of the bass lines and percussions. the influences of Anthrax can be heard throughout the song, the high-pitched chords of the solos work really brings the track to life as it allows it to not just rely on it’s ferocity. It’s the next track that really hits home, the melancholy ballad of ‘As the Silence Becomes Me’ has it all; the subject of depression and the need of people not giving up on you is very personal to myself and many with mental health issues. Sometimes you come across that gem that just resonates with a personal personally, the one song that opens the flood gates and my word does this do that. It not only respects the condition but highlights how people feel when under its thrall. Its lyrics feel real, harrowing and heart breaking, it feels like it’s coming from the heart of someone of truly understands the disease, even been through it. Although the songs so far have hit the right notes in regards to the brutality of them, it all sounds like something we’ve heard before; there are of course exceptions to this throughout, the much higher tempo of ‘Take You with Me’ brings up comparisons to Foo Fighters‘Learn to Fly’ from Nothing Left to Lose as a prime example that the band can throw in a track that take you by surprise and after the harrowing subject of its predecessor, this is a great lift to the spirit. The country vibe comes back with the intro to ‘Desolation’, the acoustic brilliance has a great effect to give the track the haunting feeling of realisation of realisation of failure and squandering their last chance of redemption. The heartbeat of the track it’s the chugging heavy riff that cuts in around half way through; it’s just brilliantly layered and thought out. Ending with the industrial hard rock instrumental ‘Found’, the album delivers on all fronts; the grinding sound of the bass and guitar chords gives the album a great send off.

This album takes some getting used to, at first if feels like the same old sound of the previous three alums but it has so much more. Much like the passion of the previous three, A Dying Machine delivers on this front but it also delivers on an emotional scale too. It carries an incredible emotional package that can have you passionately crying at times as you belt out the heart wrenching lyrics with Mark. This is not an album where the musicians are singing at you, this is an album where they want you to sing with them, with tracks that when played live will have fans crying and being emotionally spent by the end of it. Tremonti has created an absolute dynamite of an album, this is the next step in their evolution and it’s a mighty leap that is well worth it. 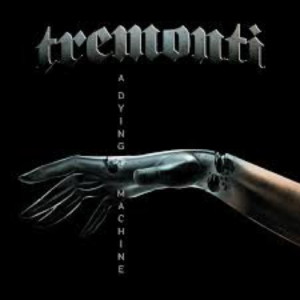 10. The Day When Legions Burned

11. As the Silence Becomes me

You can purchase A Dying Machine here.