2018 is the 35th anniversary of The Dogs D’Amour and despite a lifetime in the fast lane & mishaps aplenty the bands main man – singer, songwriter, guitarist and front-man Tyla – is still alive + kicking & still stirring up conflict with his art, music, live performances and writing.

An extraordinary response to the albums Pledge campaign has shown that Tyla and The Dogs D’Amour are very much in peoples hearts. Details of Pledge are here
https://www.pledgemusic.com/projects/in-vino-veritas

The album is classic Dogs D’Amour. Tyla’s songwriting stronger than ever and his wonderful, unique vocal delivery. 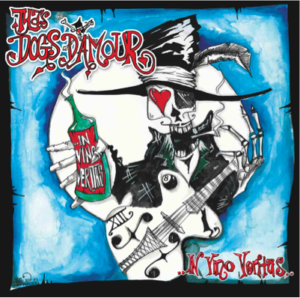 Full album tracklisting is as follows

‘Black Confetti’ is available on all streaming/download platforms and as a strictly limited edition 4-song CD EP containing 3 additional, exclusive non-album tracks. The CD package will be signed, numbered and include a plectrum, badge and postcard set. Further info & pre-order at http://www.tylasarttavern.com

As a superb live act, Tyla’s Dogs D’Amour will tour throughout 2018 and 2019. Confirmed dates so far are