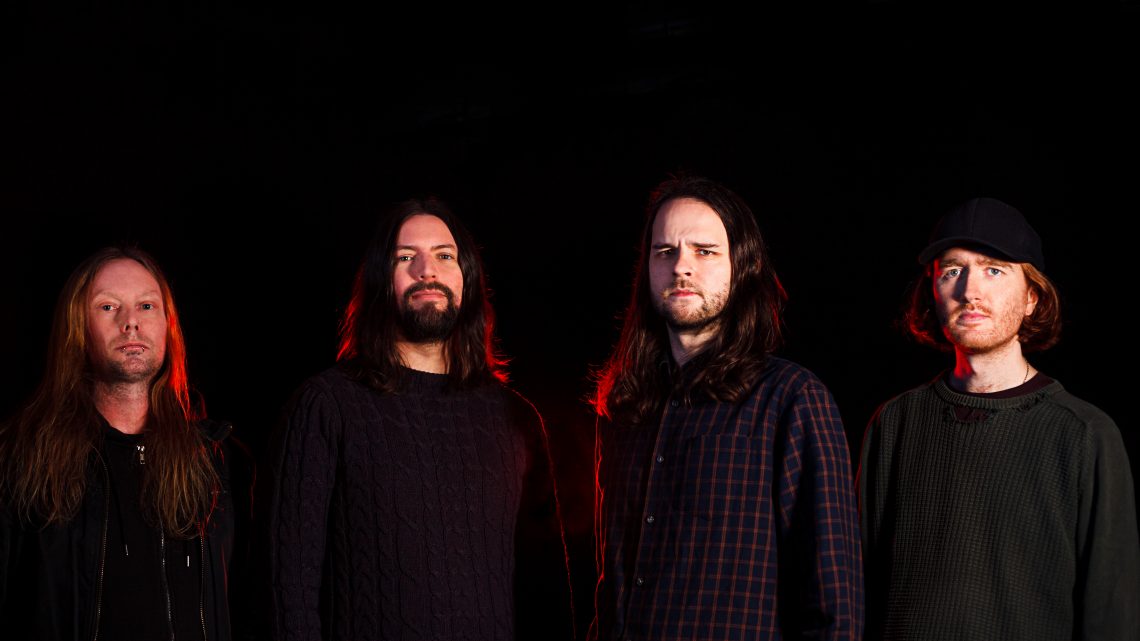 11th March 2022 0 By John Deaux
‘And what can they show or what reason can they give, why they should be more masters than ourselves?’
– John Ball, 1381
Sacred Son return in 2022 with a new album, ‘The Foul Deth of Engelond’; a black metal chronicle of the 1381 Peasant’s Revolt. Weaving historical record with speculative inversion, the album recounts this fierce and tragic Great Uprising as a proto-revolutionary moment in English history that echoes loudly into our own toxic and fragmented present. The story is presented as inspiration and allegory, with principal songwriter, Dane Cross, describing it as his ode to righteous leftwing political violence.
‘The Foul Deth of Engelond’ marks a return to the expansive sound of their debut, whilst continuing the move away from the one-person insularity that began with the sophomore effort. The road-tested four-piece band was recorded in the cold dark winter of 2020 by tube-amp maestro Chris Fullard (Ulver, Sunn O)))), Boris) at the analogue-focused Holy Mountain Studios in London. These sessions were then mixed by Randall Dunn (Wolves in the Throne Room, Earth, Kayo Dot) at his Circular Ruin studio in NYC, resulting in a rich, physical, and enveloping sound of textural layered guitar, propulsive rhythms, caustic voices, and Dunn’s signature spirit-conjuring atmospheres.
Sacred Son have also shared first single, ‘‘Le Blakheth’ with Dane commenting,
‘Le Blakheth is the third track from Sacred Son’s new album ‘The Foul Deth of Engelond’. It chronicles the bloodiest and most violent chapter of the 1381 Great Rising; when corrupt and sycophantic ruling figures were beaten and beheaded whilst their obscenely lavish buildings burned around them.’
’The Foul Deth of Engelond’ is initially self released digitally and on CD on 13th May, with a vinyl pre-order to follow, as resources – and the fallout of Britain’s pathetically cantankerous estrangement from our European brothers and sisters – allow.
‘DEATH! To the sycophants!’
Sacred Son exploded onto the scene in the summer of 2017, causing a major stir in the black metal community and beyond. No one had ever seen a black metal cover like this before. Who is this guy? Why is he smiling? Where’s the corpse paint?
“Is This The Most Black Metal Black Metal Album Cover Ever?” – Kerrang!
Controversy, division and speculation was rife, taking founding member Dane Cross by total surprise. As he told Kerrang! in an interview, “I didn’t for a second think anyone would actually hear about this record”, further adding “the split in opinion on the cover has been quite something – one person lauding it as “Andy Warhol levels of genius”, the next calling it “fucking hipster trash””.
“Just look at that fucking album cover, and imagine how mad certain kinds of black metal fans will be when they see it. It’s fantastic” – Kim Kelly, Noisey
Beyond the obvious talking point of the cover, the music itself was generally well received. Writing for Noisey, Kim Kelly wrote “I’m a huge sucker for this kind of emotional, nature-focused, Cascadia-by-way-of-Ash-Borer-tinted black metal, especially when it’s coming from an unexpected place and executed so smoothly”, declaring it “love at first listen”.
The first batch of CDs sold out within days. Two separate labels put the album out on tape – they also sold out. Demand for a vinyl version was mounting, which Cross subsequently delivered on via a successful crowdfunding campaign. They sold out within a few weeks.
They released their follow up Arthurian Catacombs in 2019, a second wave BM inspired ode to medieval literature and the HM-2 distortion pedal. During the first lockdown of 2020, Cross temporarily returned the project to its one person roots with the 53 minute sprawling ambient piece Levania.
Now, the band prepare to mark their return with ‘The Foul Deth of Engelond’. 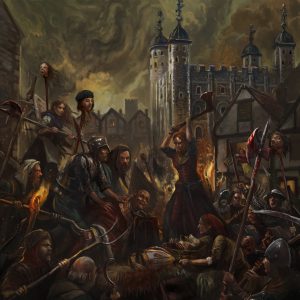