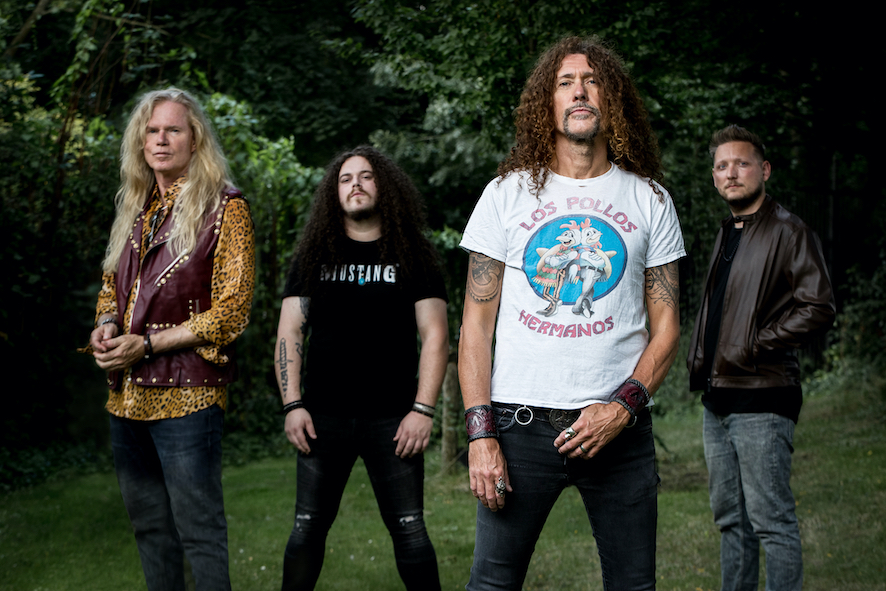 VANDENBERG has announced that Mats Leven will be joining the band as lead singer. The powerhouse vocalist is known for his work with Yngwie Malmsteen, Candlemass and tours with the Trans-Siberian Orchestra, among many other bands. To celebrate this new coming together, they have announced their only show of 2021 with the new line-up at the Planet Rockstock Festival at Trecco Bay, Wales, on Friday 12th November. You can buy tickets here.

Talking about Mats joining the band, Adrian Vandenberg exclaims, “To say I’m excited about working with Mats Leven would be an understatement! It’s a huge privilege to work with a vocalist of Mats’ world-class calibre, who’s just as passionate about kick-ass rock and as motivated and dedicated as I am. A one of a kind signature voice, commanding stage presence, very experienced but as far from running on automatic pilot as humanly possible and a great guy!”

Mats says, “I’m thrilled to join Vandenberg and to be recording the new album! I’ve been a fan since the ’80s, and I’m honoured to be soon sharing the stage with my Dutch amigos!!”

Leven replaces Ronnie Romero, and the band are already working on the follow-up to ‘2020,’ last years’ acclaimed first album since 1985. Talking about the new material, Adrian says, “Mats and I are working on our new songs for the next Vandenberg album as we speak. We’re pushing and inspiring each other to keep raising the bar and are coming up with great, very exciting stuff! Inspired by the best rock bands from the ’70s and 80’s that we grew up on while taking it to the 2020s sonically and dynamically. Straight in your face stadium rockers, layered epic tracks and, of course, a heart-wrenching signature rock ballad. After the amazing re-start with our Vandenberg 2020 album, for which the worldwide response was way, way beyond what I could have wished for, we’re more than ready to switch to an even higher gear with our upcoming one. We can’t wait to hit the worldwide stages hard with this killer Vandenberg line-up with Mats, Koen, Randy and me! Does it sound like I’m excited? You got that right!”

Vandenberg. A name with an illustrious past. Led by master guitarist Adrian Vandenberg, the Dutch foursome released three quality albums during the early to mid-’80s; namely, the self-titled 1982 debut (spawning the US hit single ‘Burning Heart’) ‘Heading For A Storm’ (’83) and ‘Alibi’ (’85). They achieved commercial success and earned much acclaim. The band toured the US, Japan and Europe playing with Ozzy Osbourne, KISS, Rush, Scorpions, Michael Schenker and more. Subsequently, the guitarist has had an impressive career. He was a member of Whitesnake for 13 years at the height of their fame, contributing the solo on their #1 hit ‘Here I Go Again’. He spent many years duelling with Steve Vai on guitar and has returned for many reunions. He was part of supergroup Manic Eden and more recently, he has shown his cultured ability is firmly intact with Vandenberg’s Moonkings.

“I believe the vibe we have with this turbocharged line-up is wonderful,” concludes Vandenberg. “We are not at all a nostalgia act, trying to recreate what happened all those years back. This is a brand-new dynamic band with a name that has a legacy, and I couldn’t be happier with the way it’s turned out.”

Listen to Vandenberg’s 2020 via Spotify HERE

The Kentucky Headhunters Release the Title Track from Their Brand-New Album ‘That’s a Fact Jack!’