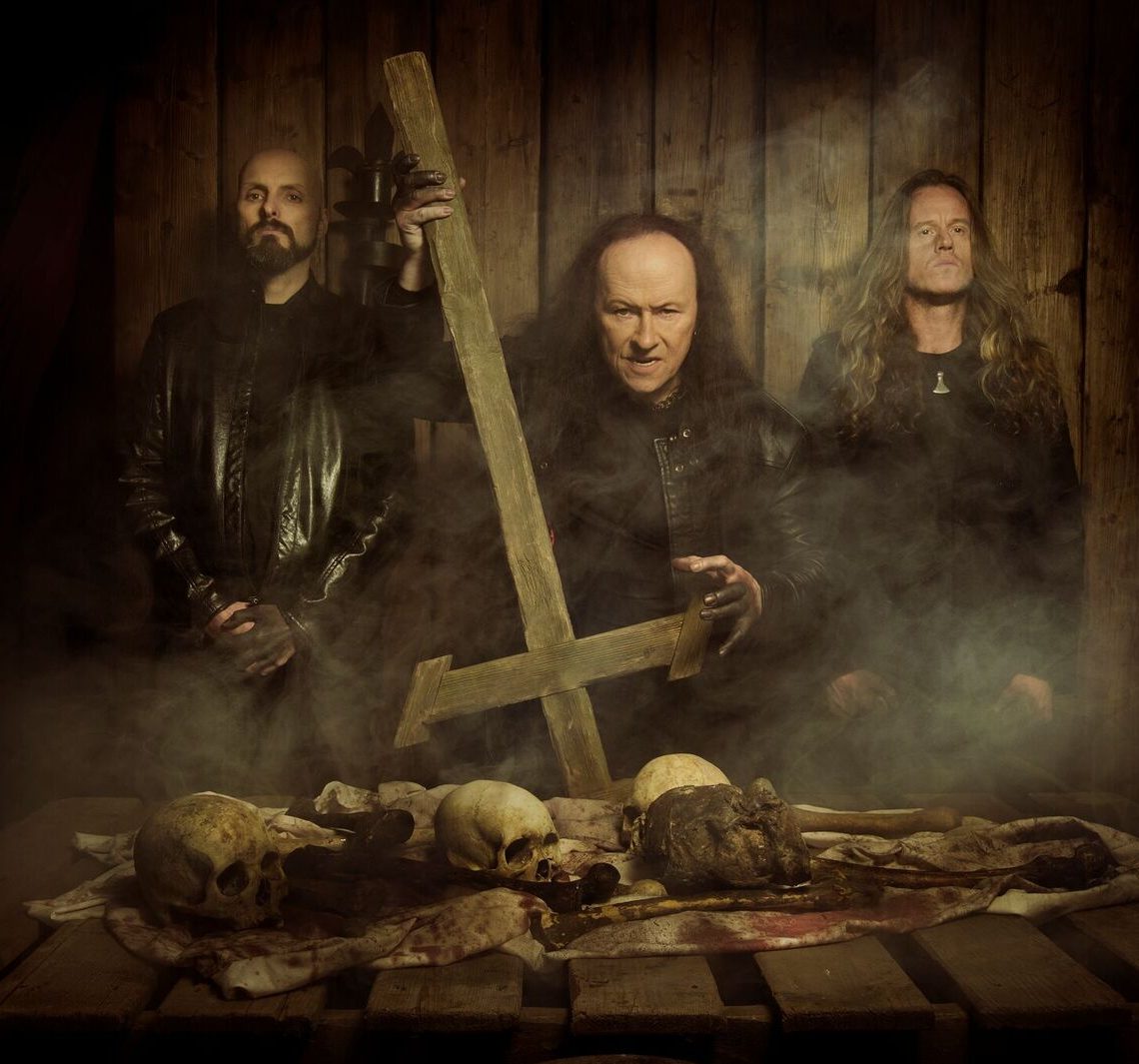 22nd November 2018 0 By John Deaux
Venom, the unholy trinity of Cronos, Rage and Dante, celebrate a massive 10 years together with new studio album, STORM THE GATES – a 13-track outing for blasphemers, fornicators and the forever cursed set for release via Spinefarm Records on December 14th 2018; the CD / digital versions of the record will be available from this date, with a deluxe double vinyl package following early in 2019.
STORM THE GATES: a classic call-to-arms from a legendary band who can legitimately be classed as both ‘original’ and ‘genre-defining’. 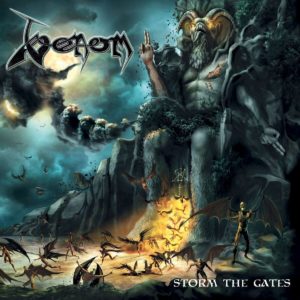 There is nothing like Venom.
Just Venom.
Since 2009, this latest incarnation of the group has had a clear vision of who they are and where they want to go, steadfastly refusing to compromise or waiver in their beliefs, building on the signature style and sound established by Cronos back in 1979. As both artist and producer, this iconic frontman, Venom’s beating black heart, effectively opened the gates (of Hell) for a whole new brand of Metal, genuinely changing the game with an intensity never before seen or heard.
Mixing the caustic energy and serrated edge of punk with the volume and bombast of metal, adding a life-threatening amount of pyro, then brutally dragging the whole thing through a tangled hedge of thorns, Venom has been responsible for some of the guitar world’s most revered – and feared – compositions. Titles to be whispered in darkened, cobwebbed rooms.
There was metal and then there was Black Metal.
Venom Metal.
Now approaching the band’s 40th anniversary, Venom have matured into a true force of nature – louder, faster, nastier and ready to unleash the hounds of Hell with STORM THE GATES, studio album No. 15. Produced by Cronos himself, this is the raw sound of a band who don’t need tricks of technology to make their point. The titles tell it all: ‘Bring Out Your Dead’ (the lead single / video), ‘100 Miles To Hell’, ‘Destroyer’, ‘Beaten To A Pulp’, ‘Dark Night (Of The Soul)’… simply, there is no mellowing in spirit, nothing less than un-tempered rage an’ roar.
As Cronos launches into album opener ‘Bring Out Your Dead’, spitting out the lyrics like a demon-summoning incantation, one thing is abundantly clear; this could be no other band. We’re walking through a different landscape here, a world of dark intent underpinned by a selection of songs designed to have heads bangin’ and spinnin’ (Exorcist- style) in equal measure…
“We always say that a song has to find itself, has to develop,” exclaims Cronos. “We’ve had nearly three years with these compositions, speeding some up, slowing some down, changing the lyrics, adding breaks, moving verses… that’s how songs grow, and that’s how you end up writing a better album. That’s why I don’t believe in releasing a record every year – you can’t possibly have let those songs develop to their full potential. These albums are going to be around a lot longer than I am, so they need to be able to stand up for themselves. With an album every year, I think you end up with two or three good songs and then a load of shit, and I certainly don’t want to release that sort of album!”
In 2018, Venom stand, as always, atop a pile of crushed skulls, wielding blood-stained sonic weapons designed to repel all that is weak and watered-down. There is real integrity here, a defined set of values, plus of course the ongoing ability to create music so worshipped by their Legions of followers worldwide.
The songs themselves are drawn from such passion, based on audience chants, insane mosh-pits of excitement, and that feeling of being part of something enduring and special.
No other line-up of the band has come close to what Cronos, Rage and Dante can deliver.
F**k the pretenders, Venom rule the night!