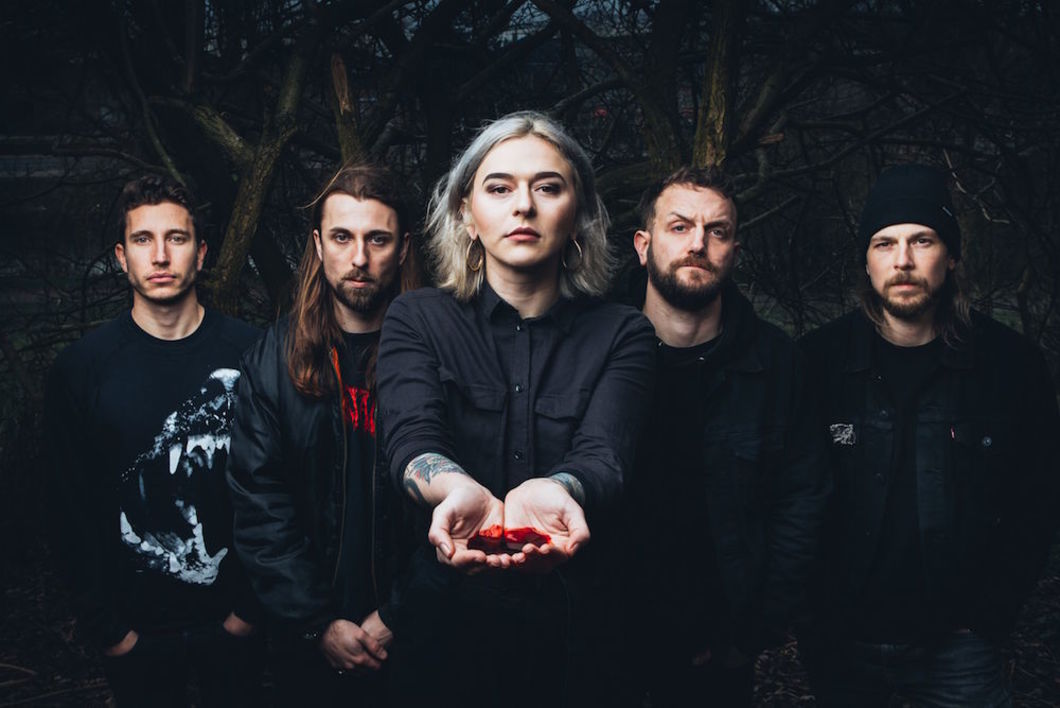 On October 9th, VENOM PRISON will release Primeval, an 11-track album featuring re-recordings of tracks from early EPs, Defy The Tyrant and The Primal Chaos, as well as two brand new tracks. The first song unveiled was a re-working of Defy The Tyrant, followed recently by Daemon Vulgaris.
Since 2016, VENOM PRISON have gone from strength to strength; debut full length Animus catapulted them into the consciousness and record collections of discerning death metal fans the world over. Their follow up release in 2019, Samsara, solidified them as a serious force to be reckoned with in the world of metal, paving the way for a string of high profile shows and festival slots around the globe. On Primeval, VENOM PRISON revisit the earliest days of the band, capturing the same intensity and visceral energy they possessed from day one and adding an additional layer of sophistication to their sound by re-recording, re-mixing, and re-mastering those old favourites with producer Tom Dring in late 2019. Artwork is once again handled masterfully by Eliran Kantor.
Of their decision to revisit their earliest tracks, the band elaborate, “Primeval is a snapshot of the earlier days of VENOM PRISON, simpler times where we locked ourselves in a room for days on end to create the early incarnation of what would be our first collection of songs. Our first release/demo Defy The Tyrant was subsequently born, and we never thought this would lead onto being picked up by Prosthetic Records or touring the world. This became a starting gun for touring and festivals in between the studio to write, including what would become The Primal Chaos. Given the current climate and the global pandemic situation we felt it was appropriate to package together our early material so that it is presented in a form of how it was always intended. This is what you hear now. Our previous EP’s plus two new tracks to give you an idea of what is to come in future. Our new chapter awaits, the grind must continue.”
Primeval will be available digitally and on CD/LP. Pre-order here.