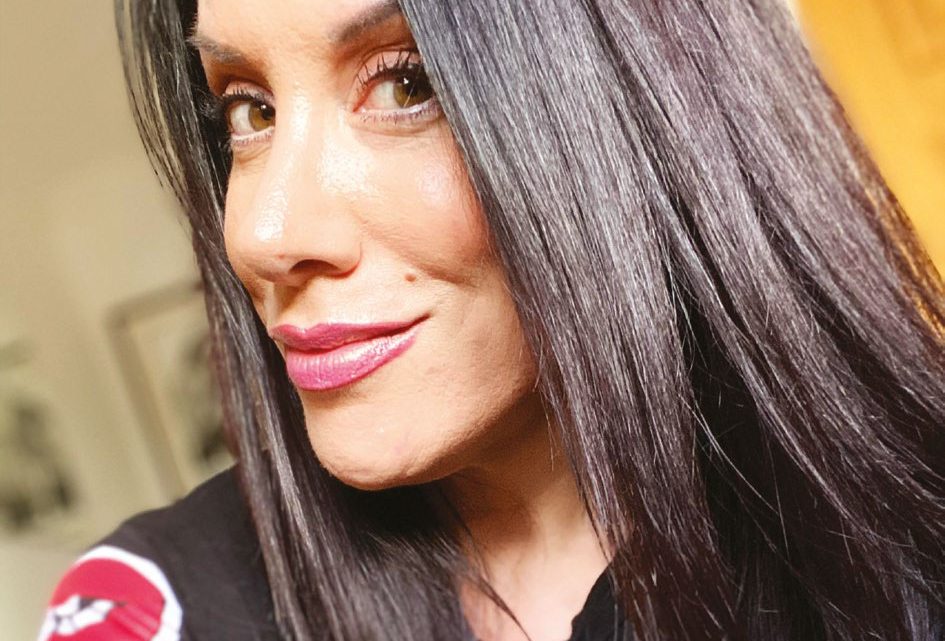 12th May 2021 0 By John Deaux
Vicky is a self confessed body building badass band booker and director for the UKs legendary metal festival Bloodstock. Vicky very kindly took time from her busy schedule to have a cheekie chat about her other passions, her 2 cats. 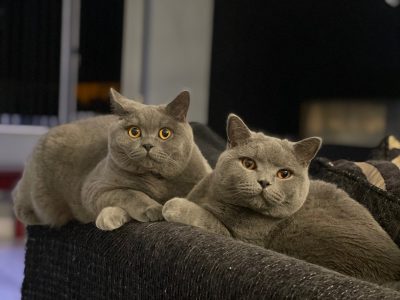 Lemmy and Shady aka The Kray Twins in cat form

I have two cats named Shady and Lemmy.  They are big boned (not fat, may I add) British shorthairs. (Editors note: they’re fat 😹).  Shady is 3, Lemmy is nearly 2.

When I got Shady, my husband said we could not have a cat, so along came Shady!!  I noticed Shady seemed lonely, which was intentional blackmail to make my husband feel we needed to get him a friend (my hubby said he didn’t want another one), so along came Lemmy!

Lemmy is obviously named after God and Shady after my ultimate number 1, Eminem 😎  Lemmy is an attention-seeking, needy ball of grey fluff.  He would befriend Freddy Krueger for a chin rub and Shady is very judgmental, he even makes me feel like I’m not good enough!  Shady would beat Lemmy up when he was smaller, but now they are the best of friends, even if licking each other’s heads then turns into a rear choke hold!! 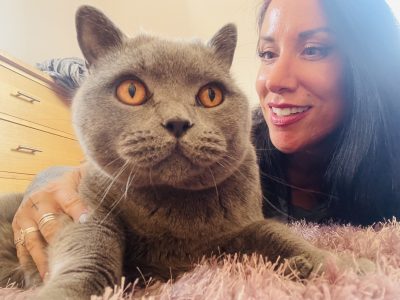 They are both absolute cuties. Speaking of cute, what is the cutest thing your pet has done?

Shady adores water, so he sits in the sink and waits for me to turn the tap on!  Lemmy steals my sponge pedicure toe separators the minute I take them out of the packet.  I’ve just found 7 under my sofa!

Lemmy sounds like a big ball of mischief. Is Shady like that as well?
Shady cannot be trusted to sleep in our bedroom now, as he bites my nose and hair at 3am EVERY TIME as he wants biscuits!!

That sounds like a very familiar story. One of our colleagues has 2 of their fur babies that will wake them up by tapping them in the face with their paws to wake them up, just for the hell of it.

This past year has been an unprecedented nightmare,  so you’ve no-doubt, like the rest of us, you’ve spent a lot of time at home. How has your pet helped being at home for you? Have they been comforting, or have they just been driving you nuts?
Imagine going to type an email and your 13 pound cat comes and lays across your keyboard.  Yeah, that. 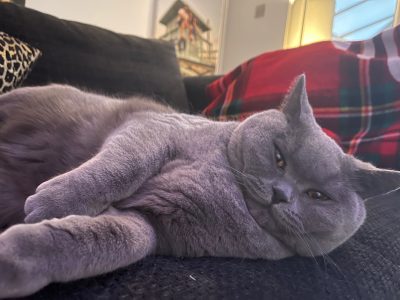 Thanks to lockdown, we’ve had more Skype/Zoom team calls and more screen time with a cats anus than the actual person we’re meant to be talking to. We feel your pain Vicky.

Have you always been an animal lover and had pets?

I was born this way!!  It’s always been animals over people for me.  I’ve grown up owning cats and large dogs, no exotic pets, although I did once own 2 goldfish called Katie and Peter.  Don’t ask.

I don’t think we have to ask about Katie and Peter, we can guess so we’ll leave you to be a mysterious girl on that.

Apart from being involved with Bloodstock, you like to body build as well. How do Lemmy and Shady deal with you working out at home?

They are thankfully in another room.  Shady just lays pressed against the window watching us, like a squished up sea lion.

How about with music in the house. Do Lemmy and Shady seem to prefer any particular genre?

They just know heavy metal and loud music is OK, they were brought up around amazing music.  Though I think Shady is partial to old school rap and hip hop. 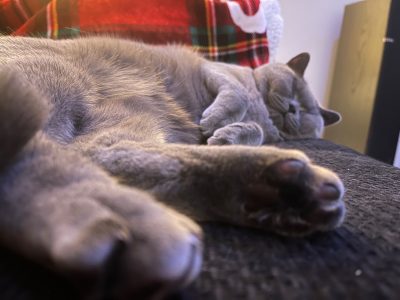 Are you one of these people who dress their pets up?

No, they are pets, not Barbie dolls.  I have views on THOSE people!!

How did you get into being a band booker?

No one else wanted to do it back then.  It simply got assigned to me to give it a go, as I was strong willed 😎🤘🏼

You’ve done an incredible job with Bloodstock. Every year seems to surpass the last with the line up.

What been your proudest moment to date?

We’d be proud of Bloodstock as well.

Who would be your dream band to play Bloodstock and why?

What do you think is the most important quality to have as a booking?

Honesty and morals (Very hard to come by, but hugely important !!) 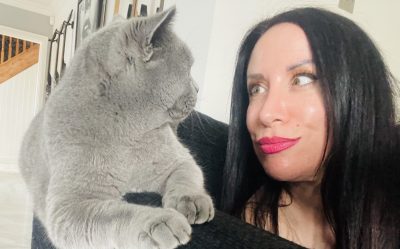 How do you balance your home life and work life?

I don’t!!  In all seriousness, it’s important to MAKE time for downtime.  It’s really key you ensure you give yourself some home relaxation time, as no one wants a poor stressed out version of you.  It’s not good, nor productive.

That’s one thing that gets conveyed around our office as well. ALWAYS make time for you and it’s OK to not be OK.

Vicky, this has been an absolute pleasure to talk with you. Thank you for taking the time to have a quick chat with All About The Rock. It’s been fun. So our final question to you is.

Would you have a pet sized dinosaur or a dinosaur sized pet, what would it be and why?

I would have a dinosaur sized pet and it would be a sausage dog.  I’ve always wanted one, so why not go BIG!!! 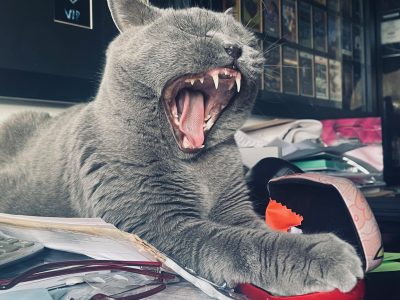 KK’S PRIEST ANNOUNCES “SERMONS OF THE SINNER” ALBUM OUT AUGUST 20, 2021