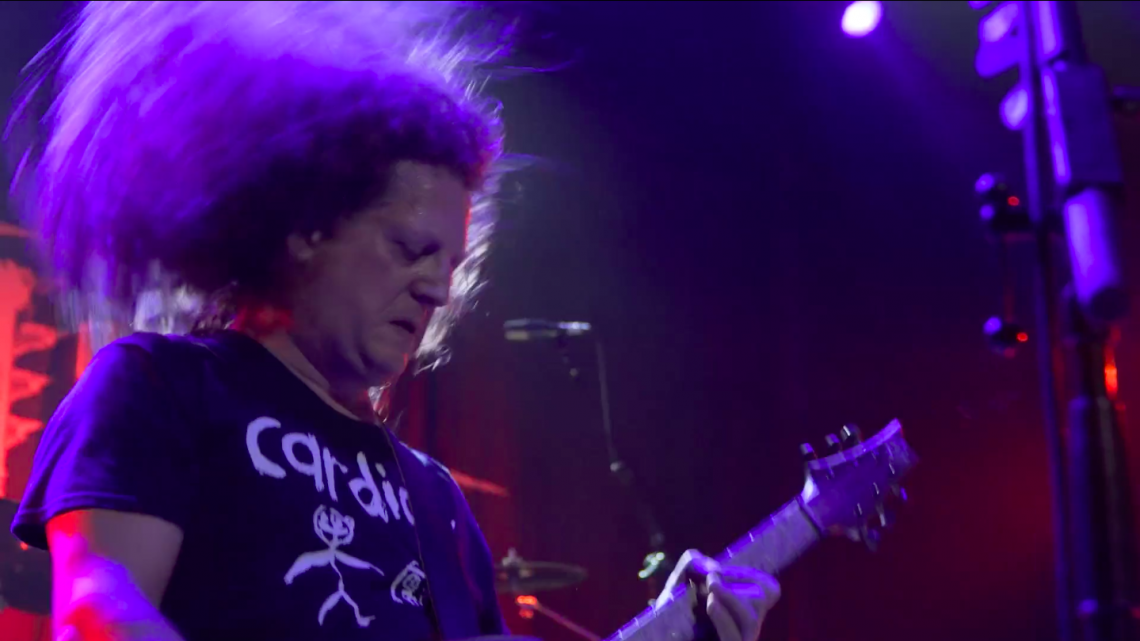 VOIVOD LAUNCHES KICKSTARTER CAMPAIGN FOR DOCUMENTARY FILM “WE ARE CONNECTED”

22nd July 2021 0 By John Deaux
Progressive sci-fi metal innovators VOIVOD have just announced a Kickstarter campaign to fundraise for the continuation of their documentary film We Are Connected. The band have joined forces with metal film director Felipe Belalcázar, who most recently directed the critically acclaimed Chuck Schuldiner documentary DEATH by Metal. Check out and contribute to this very special VOIVOD project, HERE.
“We have worked with Felipe in other projects, and we have a mutual understanding of VOIVOD’s story,” says drummer Michel “Away” Langevin. Exclusive interviews and archive access combined with Away’s artwork will take you on a sci-fi, thrash-metal journey into the VOIVOD dimension. “We managed to film about a quarter of the interviews planned before the pandemic hit in March 2020, and plan to resume production once cross-border restrictions are lifted,” states Felipe about directing VOIVOD’s We Are Connected.
In other news, VOIVOD are pleased to announce their return to European stages as part of the “MTV HEADBANGER’S BALL” Tour in November/December 2021. See below for the full list of tour dates.

MTV HEADBANGERS’ BALL TOUR 2021
w/ Vio-Lence (US) – VOIVOD (CA) – Exciter (CA) – Artillery (DK)
24.11. Amersfoort (The Netherlands) – Fluor
25.11. Mannheim (Germany) – MS Connexion Complex
26.11. Zlin (Czech Republic) – Hala Euronics
27.11. Budapest (Hungary) – Barba Negra
28.11. Munich (Germany) – Backstage
29.11. Zurich (Switzerland) – Dynamo
30.11. Stuttgart (Germany) – LKA Longhorn
02.12. Hamburg (Germany) – Kulturpalast
03.12. Oberhausen (Germany) – Ruhrpott Metal Meeting
04.12. Aarhus (Denmark) – Voxhall
05.12. Stockholm (Sweden) – Slaktkyrkan
06.12. Gothenburg (Sweden) – Tradgarn
VOIVOD will be back at RadicArt studios at the end of July to commence work  on their upcoming studio album with Francis Perron, expected for release in 2022 via Century Media Records.
VOIVOD drummer Michel “Away” Langevin checked in with the following comment about all current activities: “There is so much happening I don’t even know where to start…It’s been wonderful lately with the online ‘Hypercube Sessions’ and our first two live shows in a long while. Now we just can’t wait for the upcoming European tour at the end of this year! Presently, we are fine-tuning the music for the next album, which we will start recording next week. I must say it’s a real thrill to write new material with Chewy, Rocky and Snake. Finally, we’ve also been involved in the making of ‘We Are Connected’, Felipe’s long overdue official VOIVOD documentary. We carry on!
VOIVOD recently released the live album Lost Machine – Live worldwide via Century Media Records at the end of 2020. Consisting of 13 tracks across 74 packed minutes of playing time, the album was recorded in Québec City during the worldwide touring cycle for the band’s latest studio album The Wake. The live album was mixed by Francis Perron and features music videos for “Iconspiracy (Lost Machine – Live)” and “Overreaction (Lost Machine – Live)”, with audio recorded in Québec City (07/13/2019), video filmed in Montréal (06/30/2019) and material processed in Morgöth (2020) by Felipe Belalcázar for the release.