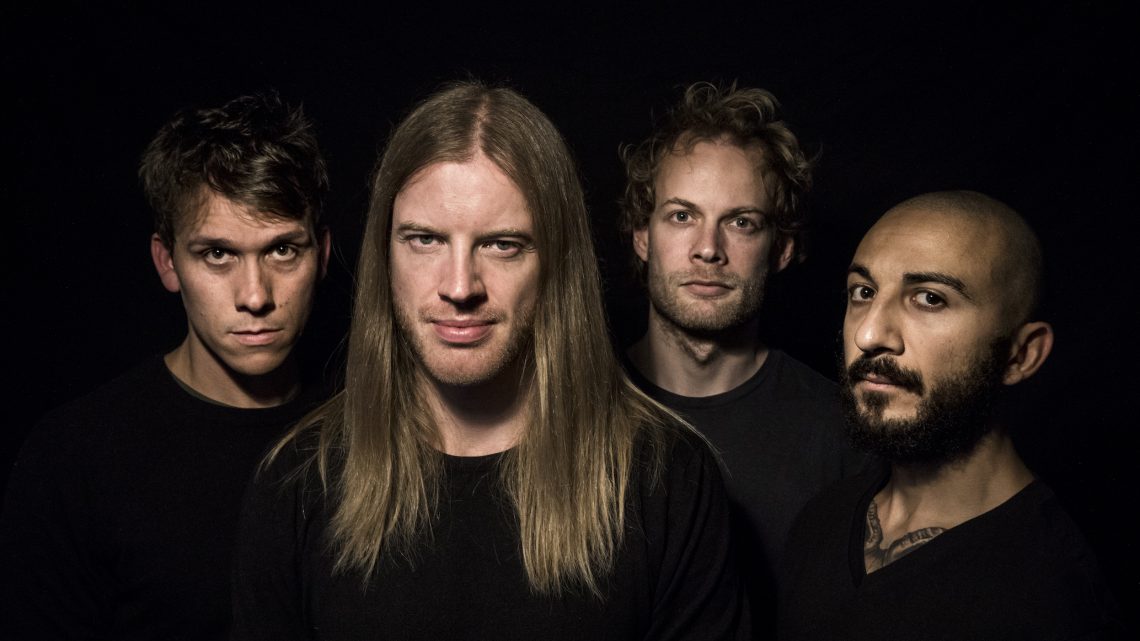 On 11th September, VOLA will perform an intimate but stunning live spectacle – Live from the Pool, where fans can watch the Danish-Swedish quartet perform songs from their back catalogue in a unique setting. They have also revealed an incredible remix of “Straight Lines” by The Algorithm 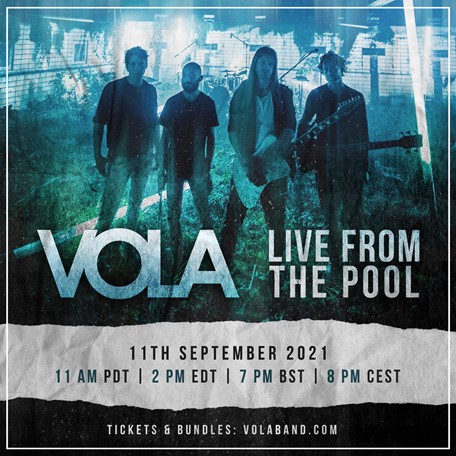 ‘Live From The Pool’ takes place at the swimming pool of the abandoned Auderød military camp in North Zealand near Copenhagen, Denmark. Designed by the world-famous architect Henning Larsen this defunct building has become part of the Auderød nature park. A place where nature encounters the mysteries of a once existing military base, ready to be explored.

Talking about the upcoming event, Adam Janzi says, “We are ecstatic to invite you to our first-ever online show, ‘VOLA – Live From The Pool.’ It is our most ambitious visual production to date, with a brand-new live set spanning across our discography. This will be your first chance to hear us play songs from Witness live outside of Denmark. If you ever wondered how we sound playing in an abandoned pool full of vegetation, this is your chance to find out.”

VOLA has also announced the remix of “Straight Lines” by French Electronic artist, The Algorithm. Talking about the track, Nicolai Mogensen says, “This is our first-ever officially released VOLA remix! We have been curious to hear how Rémi (aka The Algorithm) would remix one of our songs. Excitingly he chose “Straight Lines” to fuse his own unique style with ours. He created a banger of a remix!”
The original version of “Straight Lines” is taken from their new album Witness, released in May. Their new album shines a light on the subject of failed relationships, on a societal scale—the friction between leaders and followers, which is caused by the misuse of power.
“If I zoom in,” guitarist-singer Asger Mygind says. “The failure is born from unrequited love, grief, manipulative behaviour and insecurity. Connecting it with the album title, one could view the characters portrayed in the lyrics as being witnesses to the dissolution of the bond they have created with people in their lives.”
Discussing the “Straight Lines”, Mygind explains, “Imagine someone being on the run from the authorities. It is becoming increasingly hard for this person to hide, which “running low on straight lines” can be seen as a metaphor. He/she can’t just choose the direct route but has to be creative to escape. Whether the hunt is real or just in the person’s head should be an open question for the listener.”
Live from The Pool could not have been set in a better location to display this meeting of worlds.