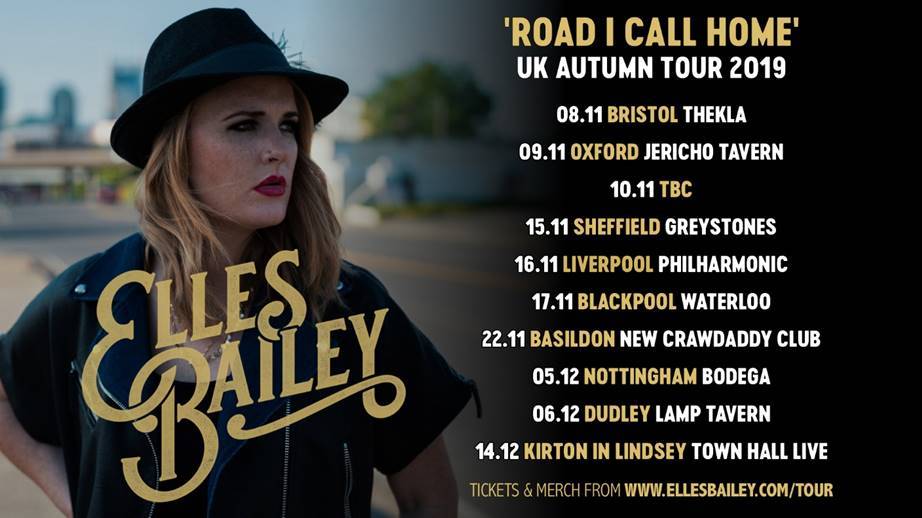 Britain’s rising blues and country  singer-songwriter Elles Bailey, announces her latest single and music video When I Go Away, released TODAY Friday 8th November to coincide with the physical release of Blacktop Companion (the companion disc to her successful second album Road I Call Home) and with Elles’ latest headline tour.

When I Go Away is a cover of Levon Helm’s uplifting classic. Levon Helm was the talented drummer and one of the distinctive three vocalists in the legend that was The Band, which he co-founded. Levon was known for his deep, soulful, country-accented voice – which makes his song an excellent match for Elles.  When I Go Away features on Levon’s last studio album Electric Dirt, released in 2009 only a few years before Levon passed away in 2012, at the age of 71.

When I Go Away is a match made in Heaven for Elles Bailey’s soulful, country and blues voice. She recorded both song and video during her MWS Sessions, and was keen to draw her band into the infectious enthusiasm that fills the song.

Elles herself explains how she first encountered the piece: “I first heard Levon Helm’s When I Go Away in April 2018, having just got to Nashville. I was sat outside catching some early morning rays, slightly jetlagged (hence the early morning) and very, very tired from a big European tour I had just completed.  I was trying to have some downtime before we started work on Road I Call Home the next day and this song randomly came on, on a playlist, and it totally blew me away. As soon as I got back from Tennessee to go back out on tour, I put it in our live set and it has been a staple ever since. I love it because it is the song that got the whole band singing, and as you can see from the video – I even made them do it in the studio. I am very excited to share our version of the late, great Levon Helm’s When I Go Away.”

Road I Call Home debuted at no.1 in Amazon Blues Bestsellers, no 13 in the Official Country Charts, no 24 in the official Americana charts and no 2 iTunes Blues Charts. Since release in March, it’s now reached over a million streams on Spotify, whilst ‘Deeper’ came in a close second in Classic Rock’s Tracks Of The Week and was praised as “Classy, rich & Soulful.” There’s more good news for Elles Bailey: her song Little Piece Of Heaven from Road I Call Home has been nominated as song of the year at The UK Americana Awards. 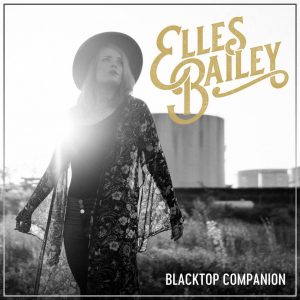 The single is available digitally from: https://distrokid.com/hyperfollow/ellesbailey/when-i-go-away-mws-sessions.

Elles herself has just finished  touring with Martin Harley and Kris Barras and will be setting out on her new headline tour, starting at Thekla in her home town of Bristol but roaming far and wide on the road she does call home. See her website for full details.

Catch Elles Bailey On The Road