French, Jennifer Saunders both these classic films on a double disc set with bonus features are available to pre order here: https://www.plastichead.com/item.aspx?catno=TCSGZ102DVD 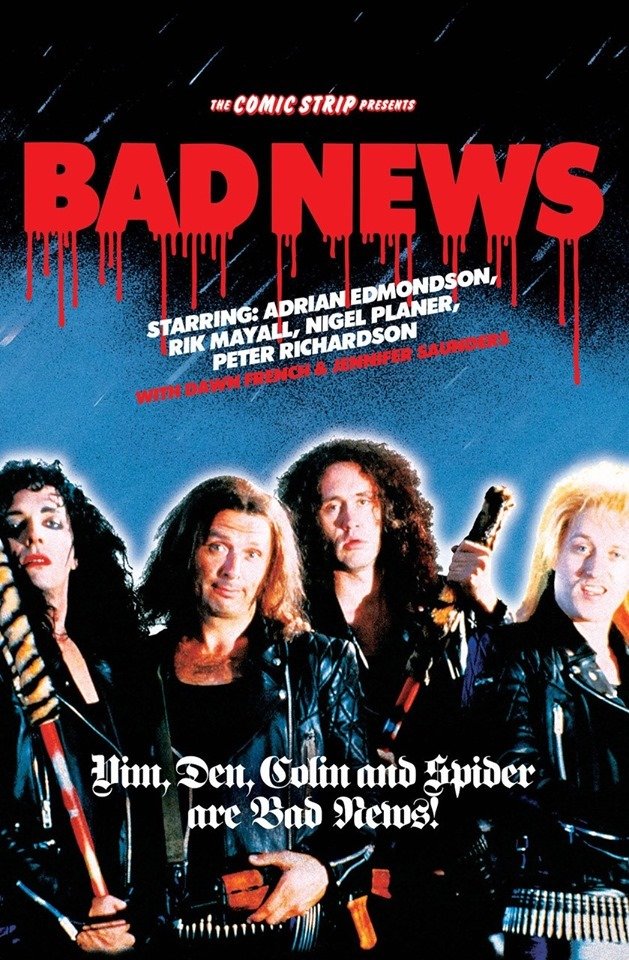 If you want to see Vim, Den, Colin and Spider in all their twenty feet tall metal glory then both classics will be screened back to back for the first time ever on Friday October 25, 2019 at The Prince Charles Cinema, 7 Leicester Place, London, 7 Leicester Place, WC2H 7BY London.

Prior to this Peter will be signing copies of the album and DVD at Fopp, 1 Earlham Street, London, WC2H 9LL at 6:00pm 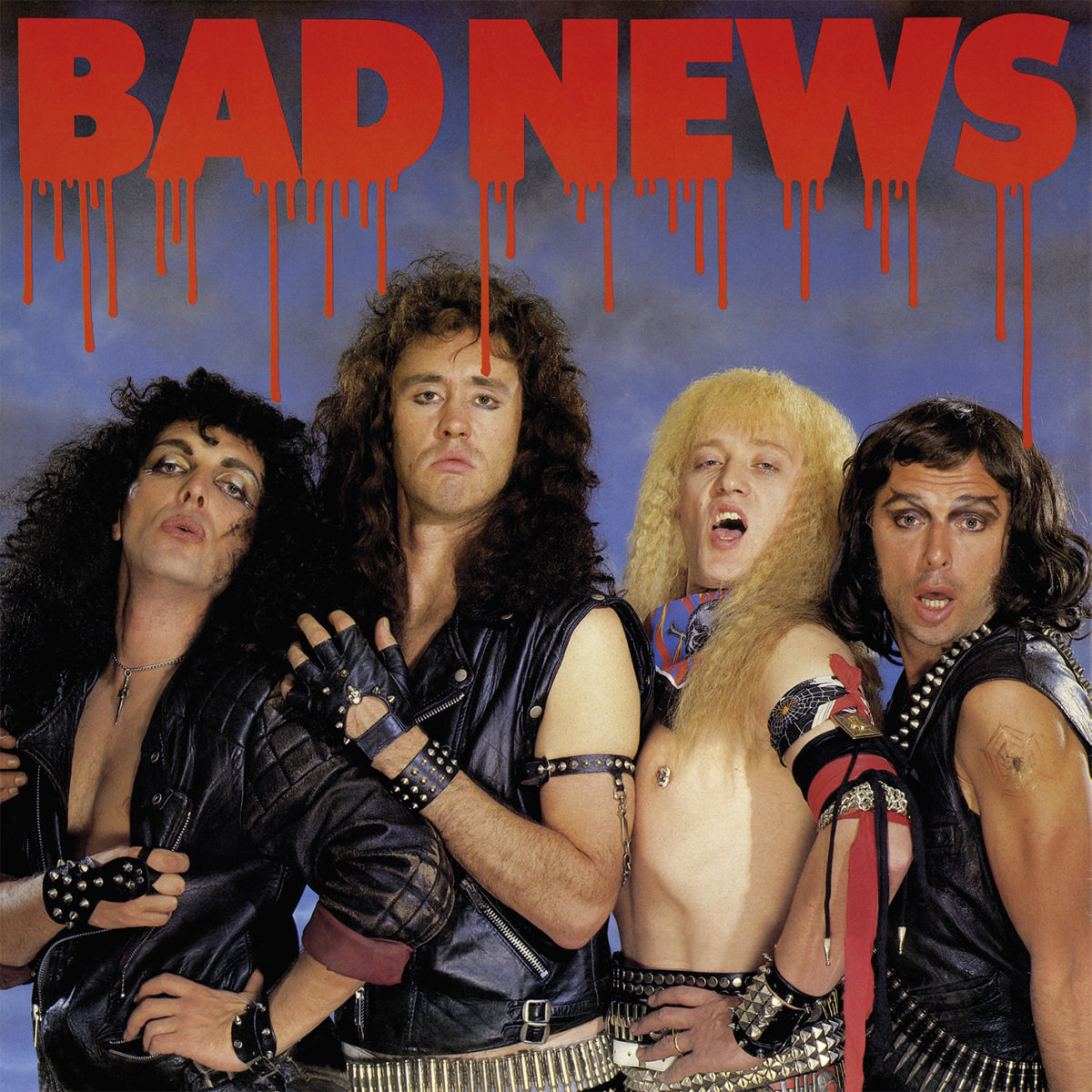 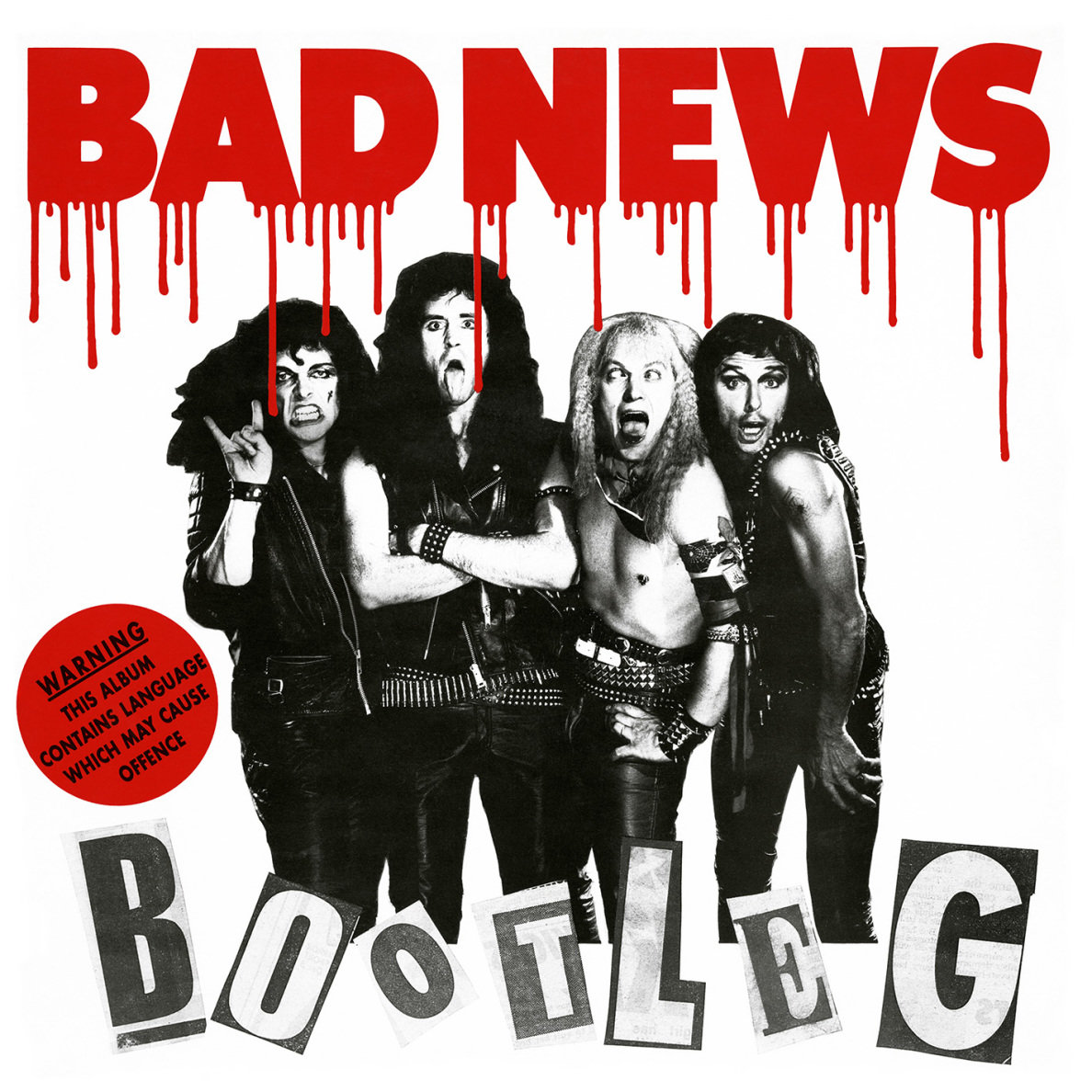 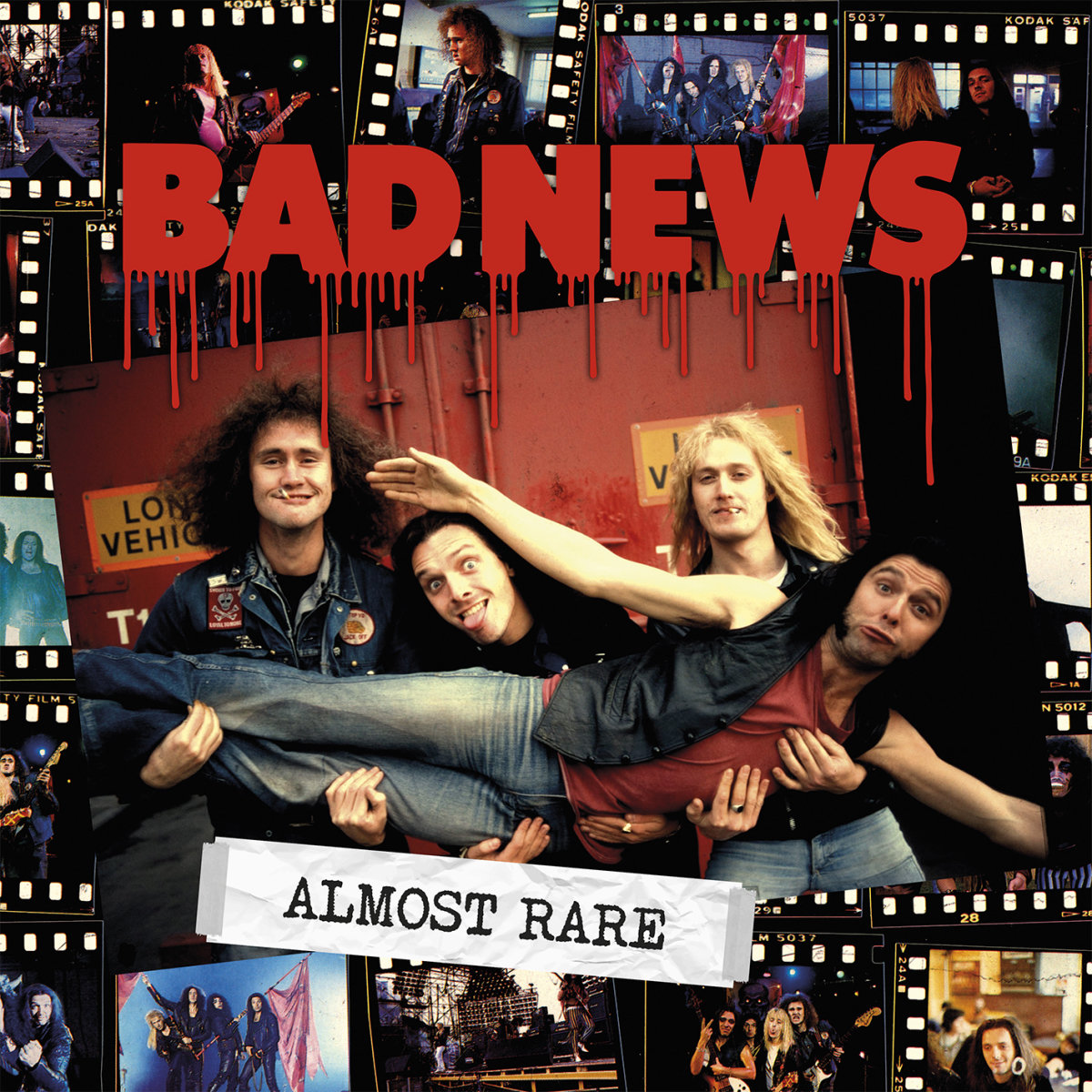 Fictional heavy metal band Bad News released their eponymous debut album in 1987. The band was originally created for the massively popular Channel 4 comedy series “Comic strip presents…”. The all-star line up of comedy legends featured the late Rik Mayall, Ade Edmondson, Nigel Planer and Peter Richardson who also directed the show. Produced by none other than Brian May of Queen this comedy rock classic is now available as limited edition coloured vinyl courtesy of Back On Black Records.

9.Drink Till I Die

14.Cashing In On Christmas

15.Dividing Up The Spoils

“Bootleg” is the second album by Bad News. “Bootleg” is a comedy album, apparently a bootleg of outtakes from the sessions for the group’s debut album “Bad News”. This rock comedy classic is now available as limited edition clear vinyl courtesy of Back On Black Records.

10.Cashing In On Christmas (Dub)

Featuring the band’s infamous live set from the Monsters Of Rock Festival, Castle Donington in 1986. It was subsequently used in the Comic Strip’s More Bad News film.

7.Banter For The Boyz

8.Drink Till I Die

The Comic Strip Presents… BAD NEWS! Four hairy muisos with a dream to be the next Motorhead. Sure they have musical differences all great bands do. But with Colin’s PA , Vim’s old transit van and the entire back line stacked on HP, what could possibly go wrong ?. Chart success, adoring fans and excess all areas; it can only be GOOD News surely! Then the unexpected happens.

BAD NEWS get picked by Channel 4 television for a fly on the wall documentary about a metal band’s quest to make the big time. The film when first broadcast caused immediate outrage not just with metal fans who thought it was _far too heavy_, but the band got condemned by the music press who declared them: _the worst thing since Showaddywaddy or as one smart arse critic wrote this isn’t Metal, it’s Heavy Lead.

The documentary ends with the band in a sprawling fistfight and falling apart as they head for obscurity. That riveting film of BAD NEWS is what you actually have now in your grubby weed stained fingers yeah? But it wasn’t all bad news. . Sharkey Mcyntyre the scrap dealer turned pop promoter using the old dictum that there’s no such thing as bad news immediately invited the band to play at the Monsters of Rock festival at Castle Donington along with some of their heroes including Motorhead.

Suddenly there’s a part two of the Bad News story and when EMI decide to sign the band. Channel 4 also embark on a second film MORE BAD NEWS (even longer than the first!) charting their rise to fame as they record two albums with the legendary axe man Brian May who actually lets them murder the Queen classic Bohemian Rhapsody – it’s all laid out here in front of you followed by a national tour ending with a final live concert at Hammersmith Odeon (also included).

SO! You got your BAD NEWS t-shirt and patch, your picture filled tour programme – Now get yourself a greasy hot dog a plastic pint of lager; roll yourself a huge spliff and sit back and enjoy. Are you ready?! Coz here they come! The worst band in the world On Film! On CD! On Bootleg! And live here on stage Ladies and Gentlemen!