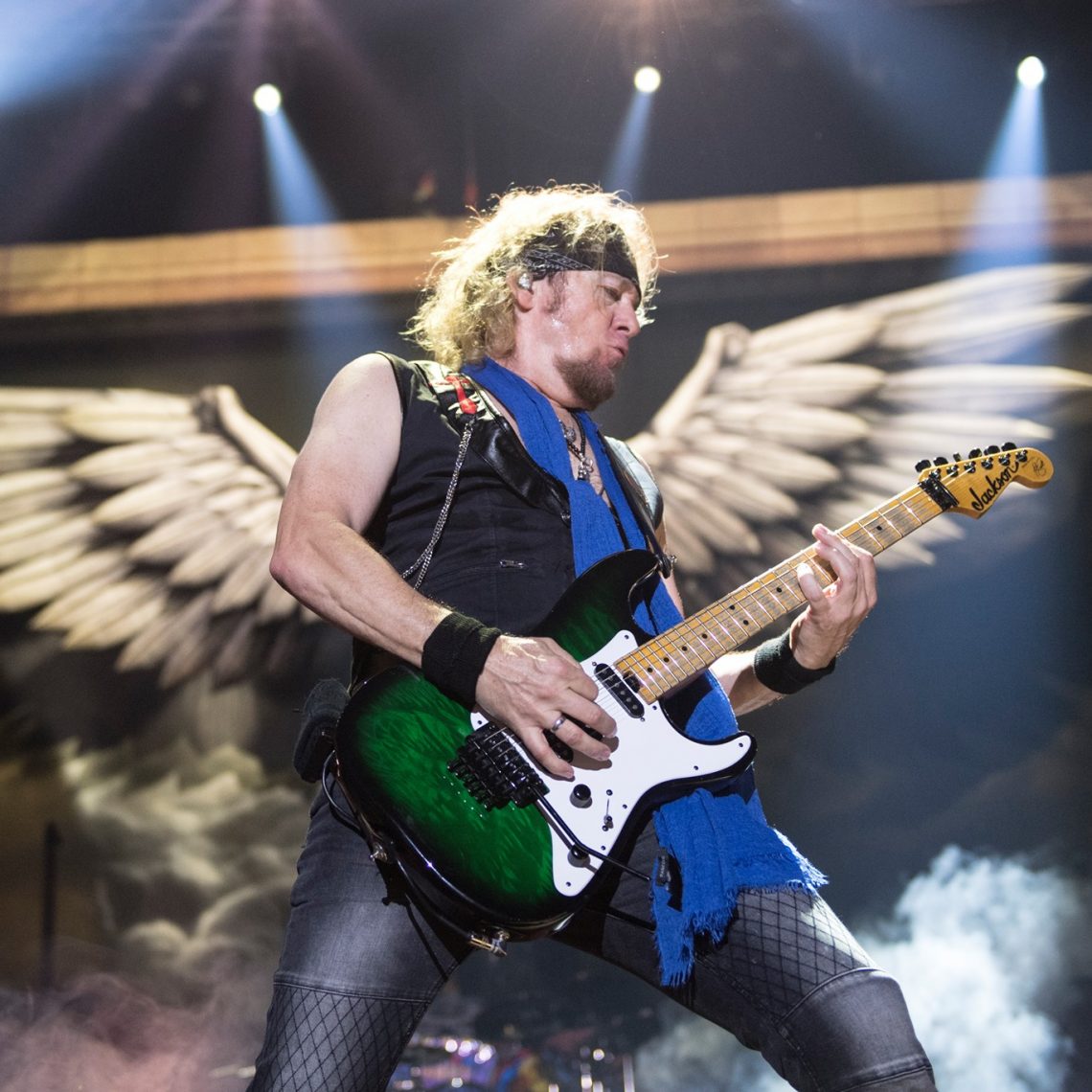 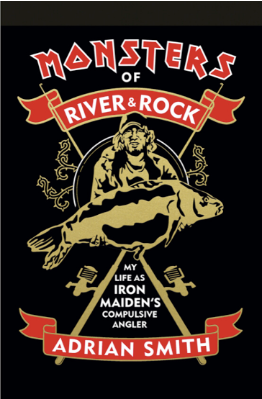 Legendary Iron Maiden Guitarist takes you to the final frontier of fishing.

“Back at the hotel, I sat back, glass of wine in hand, and studied the tour itinerary… Let’s see, Hartford, Connecticut … big carp in the Connecticut river … Montreal, smallmouth bass in the St Lawrence … Winnipeg, always fancied having a go for those big catfish in the Red river … and so on. The endless road and winding river …”

Adrian Smith, the legendary lead guitarist of 100-million-album-selling band Iron Maiden, is well known in the Maiden community as a fisherman, and a former cover star of coarse-fishing bible the Angler’s Mail (biggest chub of the season, August 2009). In his first, very personal, riverside memoir, Monsters of River & Rock, Smith takes us with him on his incredible journey, through the highs and lows of life on tour, and on the river-bank, as his fishing gear travels with him across the world.Adrian got hooked on fishing as a child growing up in East London, plundering ponds and bomb craters on the Hackney Marshes for newts and sticklebacks and catching perch from the Grand Union Canal whilst on outings with his father. Things began to get more exotic when the young angling enthusiast grew up to become lead guitarist in one of the most successful rock bands in history, and started travelling the world playing to many millions of fans. But once a fisherman, always a fisherman. The gear went with him, the fish got bigger, the adventures more extreme.

Welcome to the world of Adrian Smith, as he clocks in to his day job furthering the geographical boundaries of hard rock, and clocks off to explore far-flung rivers, seas, waterways, lakes and pools on his fearless quest for fishing nirvana. His adventures range from his first sturgeon, a whopping 100-pounder from Canada’s swirling Fraser River that nearly wiped him out mid-Maiden tour, to a close shave with a large shark off the Virgin Islands whilst wading waist-deep for bonefish. Not to mention an enviable list of specimen coarse fish from the UK.

Charming, funny, and moving in equal measure, Monsters of River & Rock is the ultimate fishing-fantasy armchair read, and is also the story of a rock star in a fast-moving world who seeks peace and tranquillity at the water’s edge – wherever he is. 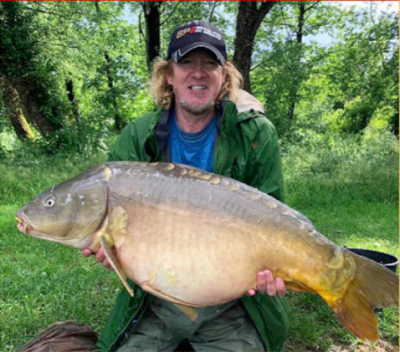 Adrian Smith was born in Hackney, East London, on 27th February 1957. He joined Iron Maiden at the end of 1980. Adrian is the band member who has collaborated on the most side projects outside of Iron Maiden, as well as writing and recording a series of albums in the early ’90s, before rejoining the band. Iron Maiden have sold 100 million albums, and tour the world playing to millions of fans. Onstage, Adrian uses Jackson and Gibson guitars. Offstage, he is an avid tennis player, however his main hobby is fishing. He takes his rod and gear out on tour with him wherever he goes. This is his first book.