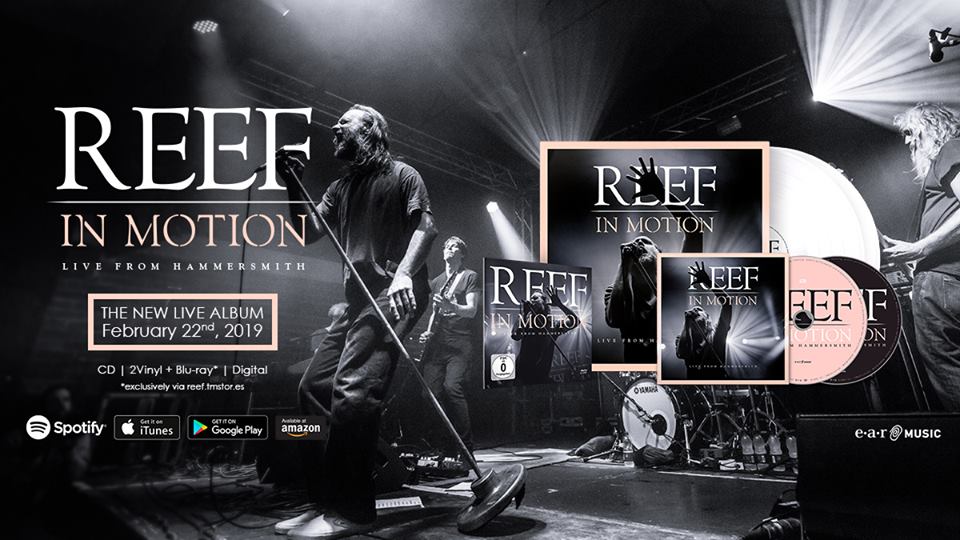 Music management company 7pm Management are pleased to announce the addition of The UK, West Country based, Top 40 rockers REEF to its roster and look to replicate the bands strong domestic success Internationally.

REEF have to date enjoyed Nine UK Top 40 singles and five Top 30 albums including the classic Number 1 album Glow, which featured the bands biggest single to date, ‘Place Your Hands’.

Last year saw the band release their highly acclaimed album Revelation which entered the UK album chart at Number 26 as well as receiving some of the best reviews of the bands career.

The Glastonbury based band, fronted by founding members Gary Stringer (Vocals), Jack Beasant (Bass) and former Carbon/Silicon guitarist Jesse Wood, who joined in 2014, have become one of the most respected  live acts in the Country and can be seen performing at a number of Festivals across the UK this summer, including Glastonbury Festival, which will be their sixth appearance there, when they headline the Avalon stage later this month.

Music Manager Seven Webster from 7pm Management  says  “I have been a fan of the band for many years, so to be working with them now is an absolute privilege, they are to my mind, a national treasure and Gary is one of the best rock singers in the Country and is arguably on the best form of his career”.

Last year REEF headlined an impressive and memorable night at Hammersmith Apollo. This performance was recorded as a special live album which subsequently charted at number 5 on the UK Top 10 Blu-ray music chart.

Meanwhile, lead vocalist Gary made a surprise special guest appearance at last week’s Download Festival, joining fellow 7pm Management artists and rock favourites Skindred, on stage in front of 70,000 people for a stand out performance of Skindred’s single ‘Machine’, having appeared on the recorded version. 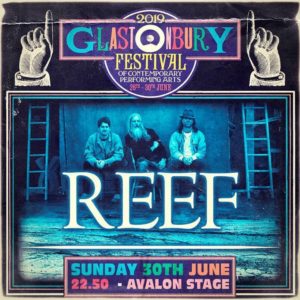 For more information on upcoming shows go to