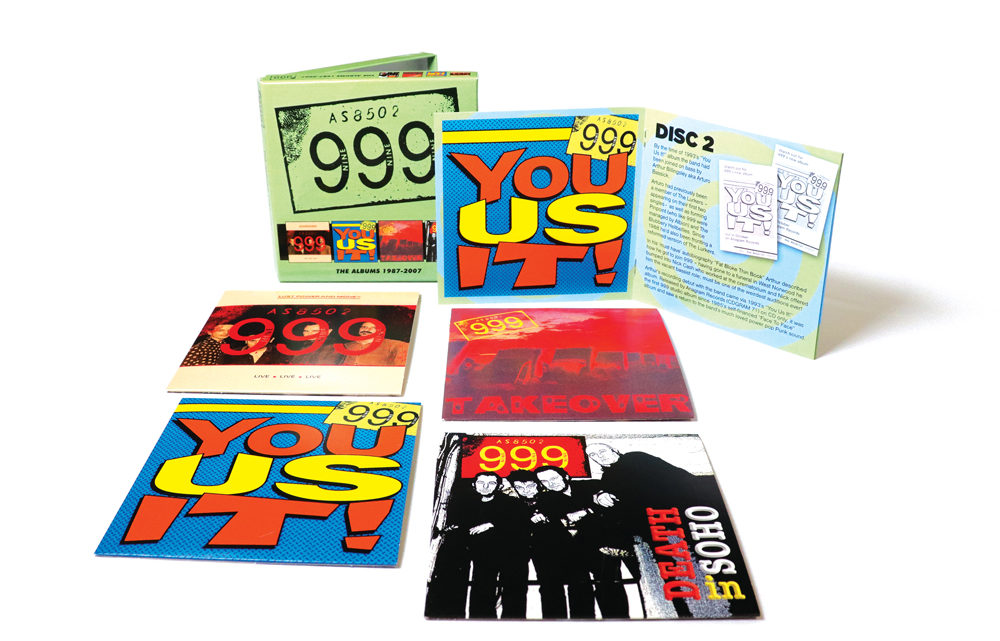 After the revitalization of 999 interest, Captain Oi records release a 4CD box set concentration on the albums from 1987-2007. Continuing with the theme of the last 999 box. This one is as lavish as the last.

The 1st disc is basically a greatest hits, just live. Lust, Power and Money was the bands 1st foray into the realm of live albums and was originally released back in 1987. Of course the tracks Nasty Nasty and Homicide are present (like I said, this is basically a greatest hits), Emergency is the stand out track. 999 are exuberant and have fully settled into to heir stride as it’s the 9th track on the album.

Disc 2 is the classic You, Us, It which saw the  addition of Arturo Bassick, formerly of The Lurkers on bass. Art added a whole new driving bass sound to 999, which lead to a more grown up sound on this record whilst keeping the original sensibility and power of their early years.

Disc 3 contains the disappointing Takeover album. For me personally this album does nothing for me. It’s regarded as a bit of a marmite album among fans too )you either love it or hate it.) It’s more indie than punk in all honesty.

The final disc has the 2007 Death In Soho record. Although this is the last recorded album by the band to date, thankfully they’re on a bit of a hiatus from recording a studio album as this delves into the (I Wanna Be) Sedated sounding era of The Ramones. Not quite punk yet not quite pop.

Is this a box set worth having? If you have the original records and they’re a bit tired looking, then yes. If you’re just a casual fan, personally, I wouldn’t purchase it. I’d go see them LIVE 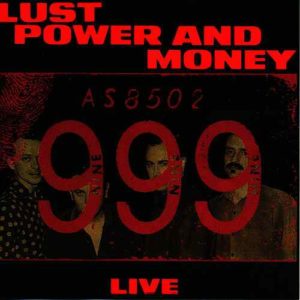 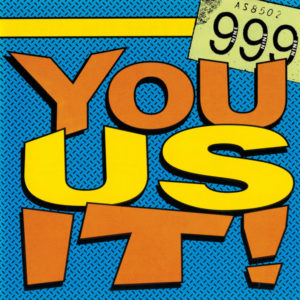 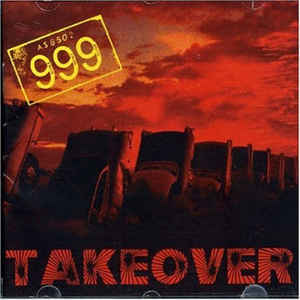 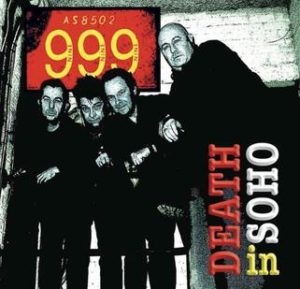 For all things 999, point your mouse HERE and to purchase this box set, click HERE