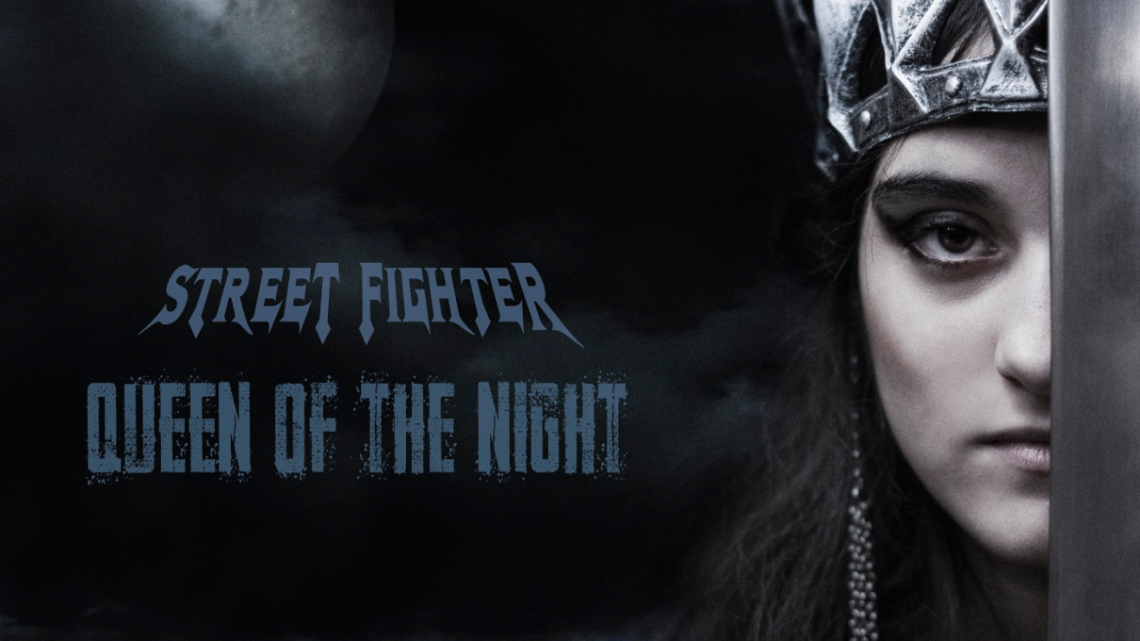 The idea for Street Fighter arose in the Autumn of 2020 at a hotel room in the North of Jutland, Denmark. Michael H. Andersen was reading articles about the NWOBHM scene in the early 80s, and about to visit his future business partner, Marco Angioni, at his studio. The name Street Fighter and the first song title “Second Hand Hero” came as a calling.

The day after, Marco and Michael hooked up to create the Angioni Studios together. Marco is the producer, engineer and main man behind the studio, and Michael is the behind-the-scene guy. Shortly after this cooperation, Michael presented the idea of Street Fighter to Marco.

Since Marco with his Italian heavy metal background, and amazing work with his own band Meridian, plus writing, producing, and recording the “Resiliant Heart” album with David Reece (ex. Accept), Michael knew Marco was the right person for the job.

Marco quickly wrote, recorded, and composed what was to become “Queen Of The Night”. As for vocals, Michael approached his friend Rasmus Bom Andersen, front-man for Diamond Head. And of course, Rasmus delivered 100%, making it a powerful heavy metal song with strong references to early Dio.

The “Second Hand Hero” song is yet to be recorded and so are the rest of the songs for the Street Fighter album. But many songs are in the making, and the next single will show the amazing skills of Sofia Schmith, from Ethereal Kingdoms.

The Street Fighter debut album “Second Hand Hero” is due to be released on From The Vaults in late 2022 with Marco Angioni writing and recording all songs, inviting various guests to deliver the vocals. In fact, the model in the cover artwork of “Queen Of The Night” is Marco’s own daughter, in a photo session taken by his wife and photographer Lena Angioni.

Street Fighter will have its debut live show at the Heavy Metal Rock Meeting in April 2022 in Helsingør, Denmark, sharing the stage with Ambush, Screamer, Alien Force, etc.