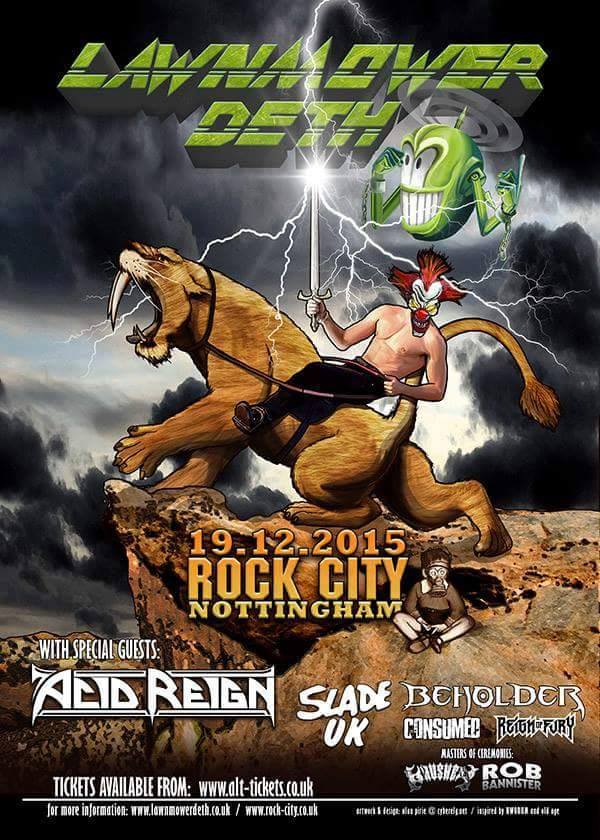 With Oliver/Dawson’s Saxon having to withdraw due to illness, re-booted UK thrashers Acid Reign are unexpectedly confirmed as special guests at Lawnmower Deth’s Xmas bash at Rock City, Nottingham on December 19th. The band, led by original vocalist Howard ‘H’ Smith, are fresh from their first UK/Irish tour in 25 years are aiming to bring the curtain down on 2015 in style!

“How could we pass up a last minute invite to the Lawnmowers Xmas party?! It’s great being able to help out and we haven’t played Nottingham for 25 years so it’s about time we got our Squaredance on at Rock City the scene of so many drunken nights in years gone by. This will probably be people’s first and only chance to see these two bands together so get there or forever shut the fuck up. Bring. It. On.”