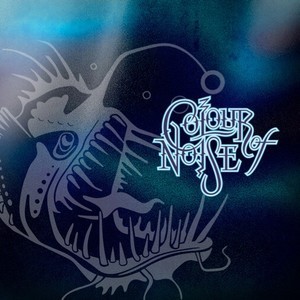 Colour Of Noise are a relatively new band but they’re already causing a bit of a buzz in the industry aswell as the rock & metal scene.

This set at HRH IX was a bit of a celebration as the album had just dropped digitally to all those who had pledged via their incredibly succesful Pledge Music Campaign.

Their set at HRH was not only short & sweet but the most fun I had watching a band all weekend.

They managed to play the entire album in all it’s glory & so much heavier than the studio versions as that’s what they call for live.

Bruce had the biggest grin on his face whilst Matt was jumping around & pulling off as many Mick Jagger moves as he could. 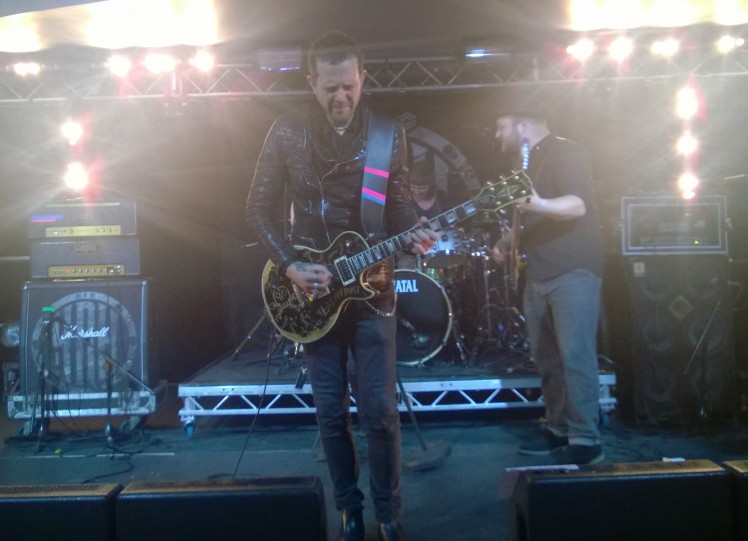 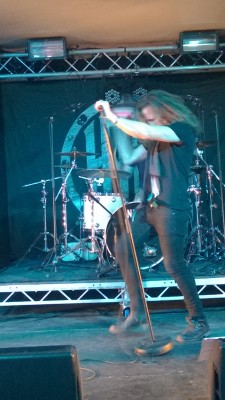 Randy hammered away at the kit like a possessed carpenter. An amazing drummer to watch, technically brilliant but with flair.

Ben & Dan had a great groove to them & look incredibly settled just to sit back, play & generally rock out with each other.

Although the band have only really been in existence for less than a year they are all so comfortable with each other its stunning to watch.

From the opener You Only Call Me right the way through to the party track Great Day for Rock n Roll the energy this band gives off is incredible.

The single Head On sounded like the canines proverbial dangly bits.

Matt is one hell of a frontman & from what I garnered from other HRH goers he was one of the finest frontmen of the weekend.

Bruce is a mighty fine guitarist in his own right & has never sounded so good live. Totally understated playing yet fits the song structure perfectly.

Ben, Dan & Randy are the perfect back bone for this type of music.

What I did notice about this band was the lack of obvious ques which actually made a nice change to not see. Occasionally at shows I’ll spot the odd hand gesture or head nod etc to que a band member in or help with timing etc, but there was none of that which proved to me that this band has spent a lot of time in rehearsals pounding out all the little timing issues that can occur during a live show.

It was a great 2nd stage show & I’m pretty sure it won’t be long before we see them on the main stage at a major festival.

This is a band to keep your eye on as they are going to be like a fine wine & just get better & better as time goes on.

If you didn’t pledge & want a copy of the album it will be available from the usual good & bad retailers very shortly.

Colour Of Noise will also be on tour with The Dead Daisies later this year around the UK & tickets can be purchased here
If you’re a fan of laid back classic rock, treat yourself, loved one or both of you to tickets for one of these shows.