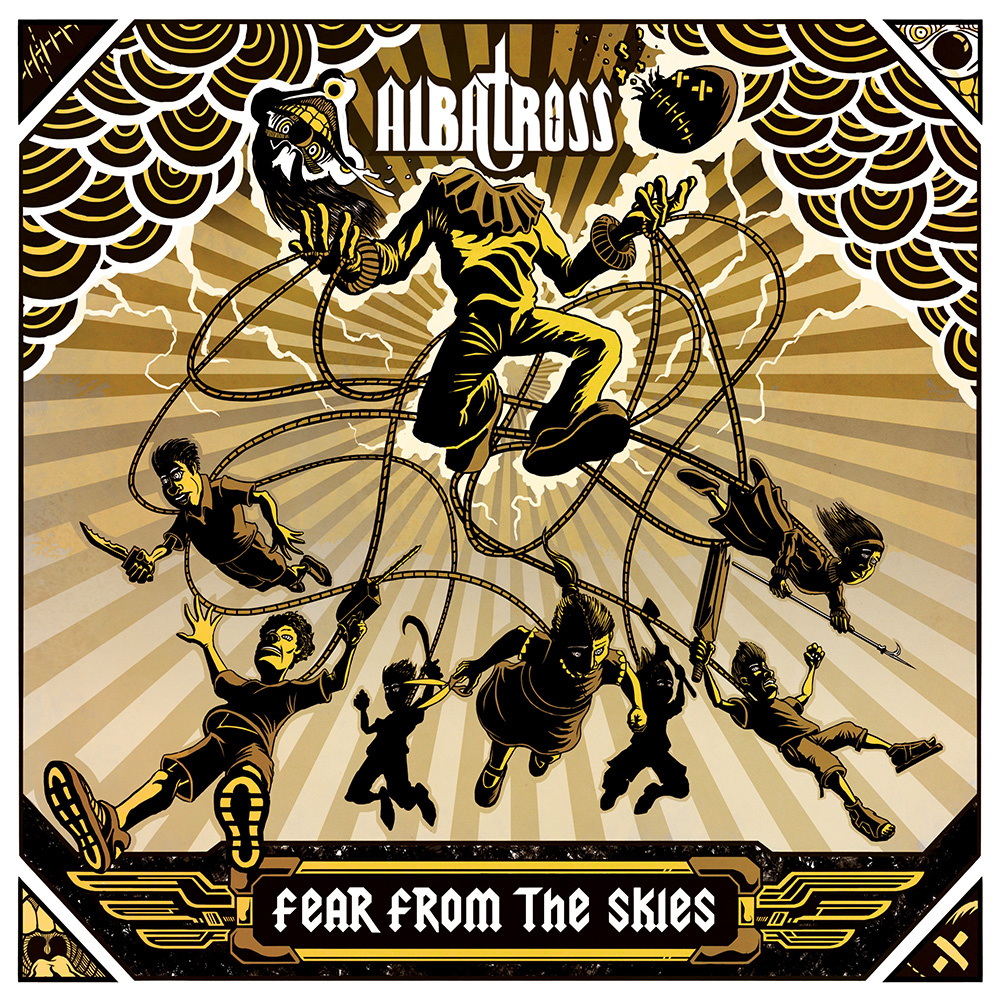 Albatross – Fear from the Skies

I’ve been eagerly awaiting the release of ‘Fear from the Skies‘ ever since I was first told about it by the band’s bassist, Dr Hex.  As a massive fan of the band’s previous two EPs, (2010’s ‘Dinner Is You‘, and 2012’s ‘The Kissing Flies‘) I’ve been keeping my fingers crossed that Albatross would produce an album that continued in the same vein as the EPs to deliver blood chilling stories combined with bone crushing metal… and I’m delighted to say that with ‘Fear from the Skies‘ the band have managed to surpass even my high expectations.

The album contains two stories.  The first, Children of the Cloud, is set in Raptorsville (the town that features in ‘The Kissing Flies’) and concerns a carnival and the evil Jugglehead the Clown.  Because part of the enjoyment of playing the album is hearing the tale unfolding as you listen to it, I won’t go into too much detail here about the story – except to say that it’s eerie and horrific and that ‘Children of the Cloud‘ features the following lyrics:  “… your task you must fulfil, your parents you will kill… let’s not rest until, you strike your parents down…”

Musically, it’s a mix of hard rock, heavy metal, and thrash with catchy hooks, thrashy riffs and intricate guitar solos provided by the band’s three talented guitarists (Vigneshkumar Venkatraman, Nishith Hegde, and Varun Singh).  All topped off nicely (or should that be nastily?) by Biprorshee Das‘s haunting and snarling vocals.  Add to that impressive bass lines from bass player and founding member Dr Hex, and skilful drum work from Jay Thacker and the end result is an incredible audio experience unlike anything else the Indian metal scene is offering.  Have a listen to ‘Jugglehead the Clown‘ to see what I mean –

The second story, The Assassin’s Flight, is  about an assassination plot featuring a winged assassin (again, I won’t say too much about the details of the story) and provides a well balanced contrast in tone to the first story, being less eerie and more brutal in nature – both in terms of the music and the story theme.  Again, the band members all excel in showing just how talented they are, with goose bump inducing moments of sheer brilliance appearing in all three tracks.

The production and sound quality is all first class, and the physical copy of the album is beautifully packed with a full cover booklet containing all the song lyrics.  The album is available as a digital album, a physical CD, and there is currently a “fan pack” available that contains a CD, a sticker, 6 “Story Cards” containing inspirational artwork and notes from the band, and a limited edition t-shirt featuring the ‘Fear from the Skies‘ artwork.  It’s great to see so many cool options available, and it’s one of the reasons that I’m such a fan of the Transcending Obscurity India record label.

‘Fear from the Skies‘ is already one of my albums of 2015 – it’s faultless from start to finish, and I’ve had the songs playing repeatedly in my head since I first heard them.  If I can just make sure I manage to see these songs played live next time I’m over in India, I’ll die a happy man!

If you are a fan of horror metal, King Diamond, or bands that aren’t afraid to try something different, then you really need to check this album out – because this is horror metal of the highest order.  Visit the Transcending Obscurity India Bandcamp page (link below) to hear a preview of the album, and to order yourself a copy now ! 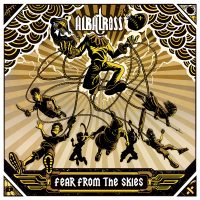 Story 2: The Assassin’s Flight
6. In the Lair of Dr.Hex
7. A Tale of Two Tyrants
8. The Empire of Albatross