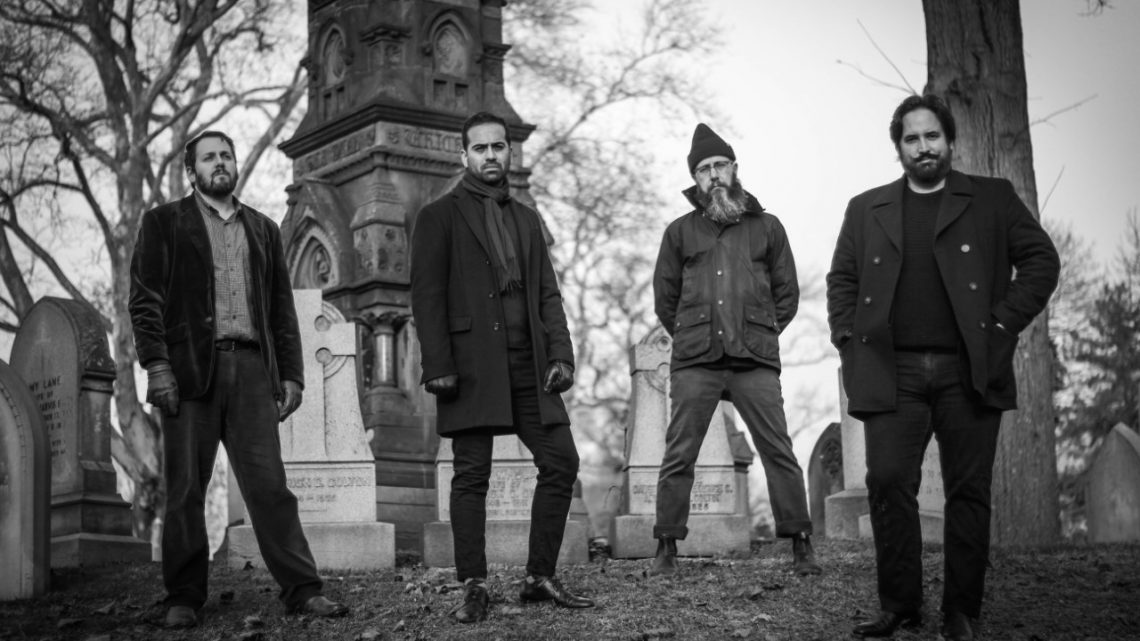 Alec Of Ghostbound Has A Home Full of Pets!

Alec A. Head, vocalist and guitarist of Ghostbound, explains to us what life is like in his Brooklyn home with a pet at every turn.

Hey Alec, At all about the Rock, we consider ourselves pet lovers, which is why we want to know all about yours! How many pets do you have? What are their names and why? How long have you had them? Tell us all about them! 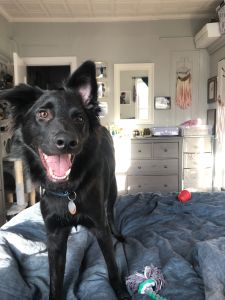 It must be said; I take a dim view of anyone who does not love animals. Generally, it tells a lot about a person who does not profess to love our furry friends.  I happen to be the caretaker and familiar of four such creatures. All of our pets are rescues.  Our “OG” animals are two cats by the names of Fellini and Sylvia.  We took possession of them in October of 2016 from a woman who looked and sounded an awful lot like Jerry Garcia.  Our four-legged family grew in May of 2019, when we procured a veritable cartoonish, screaming hellion of a kitten, whom we christened “Ingmar Purrman.” Most recently, we adopted a puppy; he is a mystery mutant mixture of Border Collie and possibly Labrador. We named him Stanley KubLICK. As you may have guessed, three of our animals are so named by virtue of my obsession with the cinematic exploits of their namesakes, film nerd that I am.  Sylvia was christened as such because it simply fit her character. Sylvia and Fellini are remarkably sweet and well-behaved. Ingmar is a complete narcissist sociopath, and if it were not for the fact that he is hilariously cute, I would have put him out on the street ages ago.   Stanley is your prototypical goofball of a dog. He is now 10 months old and is simply a joy to have in our lives.

Ingmar has this bizarre habit of meowing uncontrollably whenever one of us stands in a doorway.  It is almost as if he hates even the remotest possibility of saying “goodbye”. I am largely the same way, but that is where our similarities end. 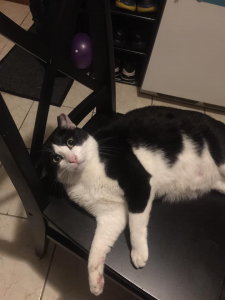 Ingmar aka “The Tubcat of Brooklyn”, also known as “Turd” or “The Fucker”.

What is the best trick your pets can do?

They can’t really do any tricks, but I am convinced that Sylvia sleeps better and more soundly than any other animal on this earth, including most human infants.  We can all learn a thing or two by watching Sylvia in her slumber.

This past year has been pretty manic, so you’ve no-doubt, like the rest of us, spent a lot of time at home. How have your pets helped being at home for you? Have they been comforting, or have they just been driving you nuts?

My wife and I both would probably be in some manner of padded cell if not for our furry children. In all honesty, I cannot think of a world in which we did not have them around. There is something truly magical and comforting about the idea of walking around our Brooklyn apartment and finding an animal at every turn. 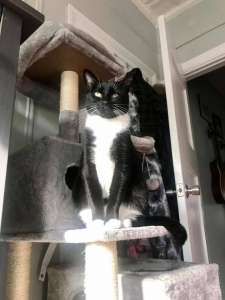 I have loved animals for as long as I have been aware of my own consciousness. Throughout my entire life, I have had cats, dogs, fish, a rabbit, and even a guinea pig, but nothing that would qualify as “exotic”.  I did grow up an hour or two outside of a meth-centric area on the Central Coast of California called Cachagua where it was not uncommon to see live peacocks living in the front yards of its denizens, however.

Peacocks? Now that would be a sight. Are you one of those people that puts your pets into costumes? Don’t be shy to tell us about their battle vest.

Not as such, though we did get a bowtie for Stanley, and I daresay that he looks very dapper indeed.  We plan to get one for Fellini, as well, as he is a lithe tuxedo cat, and the more he resembles Marcello Mastroianni, the happier the world will be.

Ghostbound’s erstwhile bassist, Noah Shaul! He is the proud uncle of our hirsute children. 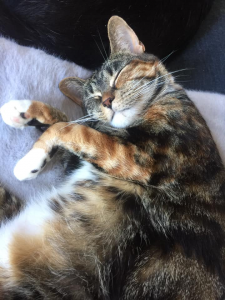 Ingmar is known to go after my fretting hand if ever I am playing guitar near him. This is not because he particularly likes or dislikes what I play in as much as it is on account of the fact that his brand of tyranny is unique. It is his world, and we are all just living in it.  Send help.

I can imagine him attacking your fingers. Speaking of practising, any new music in the pipeline? If so when is it due and what can your audience expect?

It just so happens that we have a new mini-LP that is slated to come out on Red Nebula on 3/26.  In addition, we are continually working on new music for the proper full-length follow-up to All is Phantom.  In terms of the EP, the audience can expect a conceptual, atmospheric experience that is meant to be heard in full.

That sounds awesome! Have you anything you’d like to say to your fans/followers? 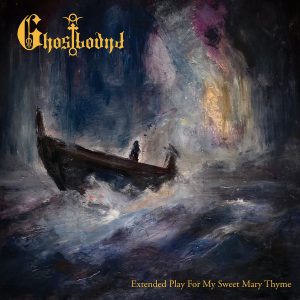 We wish that there were more of you!

Check out Ghostbound on Bandcamp HERE