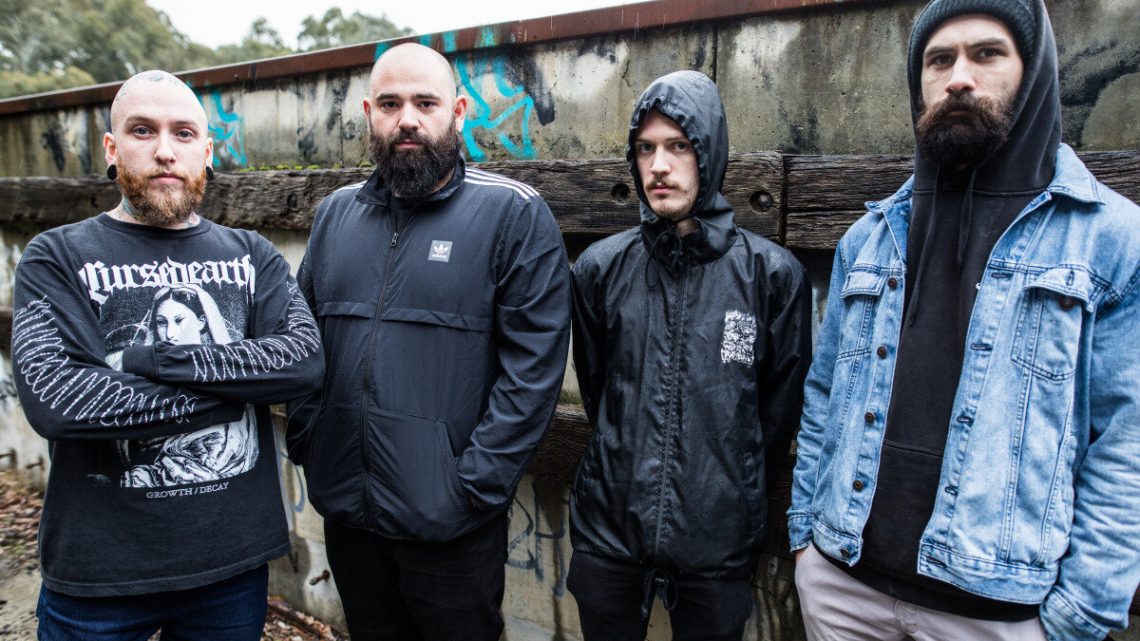 Nicolas Cage Fighter comments: “We couldn’t be more honoured to be on the same label as so many of our idols, and be on the roster of the most influential and biggest metal label in the world. We are so thrilled to be part of the Metal Blade / Blacklight family alongside the best rising bands in heavy music.

A massive thank you to Metal Blade and Blacklight Media for believing in us and giving us this opportunity. Thank you to our team, friends, listeners, sound guys and venues who support heavy music, and the bands we’ve shared stages with.

We would like to add that Nicolas Cage Fighter is well into production for our debut album, which will be released on Metal Blade & Blacklight Media. We know for sure we will definitely please our audience and critics upon its release, stay tuned!”

Nicolas Cage Fighter is a four-piece metallic hardcore band from Ballarat, Victoria (Australia). Formed in 2011, the band released their debut EP, 3350, in June 2013 and toured in support of it, sharing the stage with Attila, Thy Art Is Murder, Thick As Blood, Iwrestledabearonce, I Declare War, Deez Nuts, In Hearts Wake, Aversions Crown, Saviour, Hellions, Whoretopsy, Taken By Force, and many more. In January 2020, a two-track single/demo, Hell In Me, was released; during this time, Nicolas Cage Fighter also began writing for their Cast You Out EP – however, one week into the recording, they were faced with a statewide lockdown due to government-imposed Covid restrictions. Cast You Out’s release was subsequently delayed, being pushed back to February 2021. This recently released EP has already impressed critics and fans alike, being hailed as “relentless from start to finish, barely pausing long enough to inhale much-needed air into your lungs before delivering another knockout blow time and time again…Top effort!” (Heavy Mag).

Alec Of Ghostbound Has A Home Full of Pets!