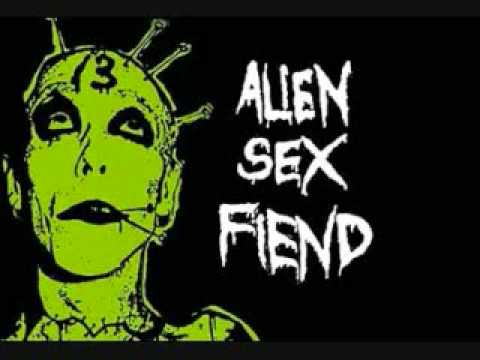 Gothic’ can be anything from early European architecture, to the romantic connotations with vampire folklore…to your local smack head down the street calling you a “goffik cunt” because you’ve got a generic black hoody on (It’s happened to us all), and truth be told it’s all welcome, as Goth is virtually dying outside of its now underground fan base, any recognition is awesome! If I’m to be serious for a moment though, the idea of Gothic music was spawned out of the 80’s, which itself was an incredibly ground-breaking and experimental period in music…combining the darkest aspects of the newly introduced electronica, with a certain early metal sinister symbolism and an appreciation of punk rebellion, Gothic music originated as post-punk, and truthfully it would become its own phenomenon.

Many bands would go on to becoming legends within the genre, such as FIELDS OF THE NEPHILIM, SISTERS OF MERCY and SIOUXSIE AND THE BANSHEES, all iconic for their own reasons and the volume of bands they’ve influenced, but, an equally important yet often overlooked outfit would be ALIEN SEX FIEND. Formed in London way back in 1982, the outfit consisting of husband and wife duo Mr Nik Fiend and Mrs Fiend (Among others over the years) helped pioneer the very idea of Gothic, post-punk music, allowing for a strange, uncomfortable and experimental style. Their use of unorthodox samples and early dub elements with distortion and other-worldly soundscapes  garnered them not only an intense cult fan base, but a place in music’s history books, as they had a string of Top 20 hits in their heyday. Now, in 2018, the duo are still at it making music, and they present to us the brand new album “Possessed”…but have these sex fiends learned any new positions? Let’s find out…

The album opens up with the title track but interestingly enough it’s no more than an intro piece; ideally leading us on a journey through the album ,as if it would be through space and time, though trust me, it’s less Dr Who…more, Dr Why? First track proper “Shit’s Coming Down” is a completely appropriate way to begin this album as truthfully there’s no better way to put things. Nik sings the words “Shit’s coming down on me” repeatedly and it literally describes this entire listening experience. The fuzzy, flailing guitars; the slow, subdued electronica and vocals that sound like they’ve been reverberated off of a Klyngon’s forehead make for an utterly depressing listen…this is truly awful, and sadly the rest of the album follows suit. “Amnesia” is fairly well named I’ll give it that as they seem to think that they’re right back in those early 80’s years, not on a nostalgic note, but a severely dated one, and aside from production value there’s little here to warrant a point let alone a second listen…I wish I had amnesia myself so I could forget this!

The rest of the album simply reeks of further disappointment; “Bloody Reprisal” is while on one hand, a good idea to get away from the album it’s still more of the same semi-futuristic, alternative electronica, and achieves nothing in its brief run time. “Ghost In The Machine” opts for a terrible country inspired opening that, initially sounds like fucking Mr Bean broke into the recording studio and started button bashing, while “It’s In My Blood” is over ELEVEN minutes of audible torture. I’d rather be used as a router, and be fingered by E.T so he could get home quicker than you can call an Uber, than listen to that again! Overall it’s a poor and already dated album, and while there are tracks like “Carcass” and “Gotta Get Back” that try their damn best, these extra-terrestrials simply aren’t advanced in the slightest. Ultimately, all I can ask myself is what possessed me to listen to this record? Alien Sex Fiend? More like cancer of the penis… 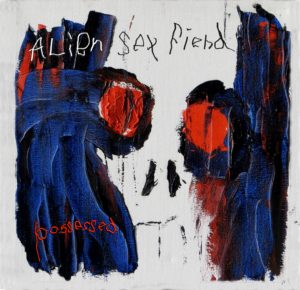