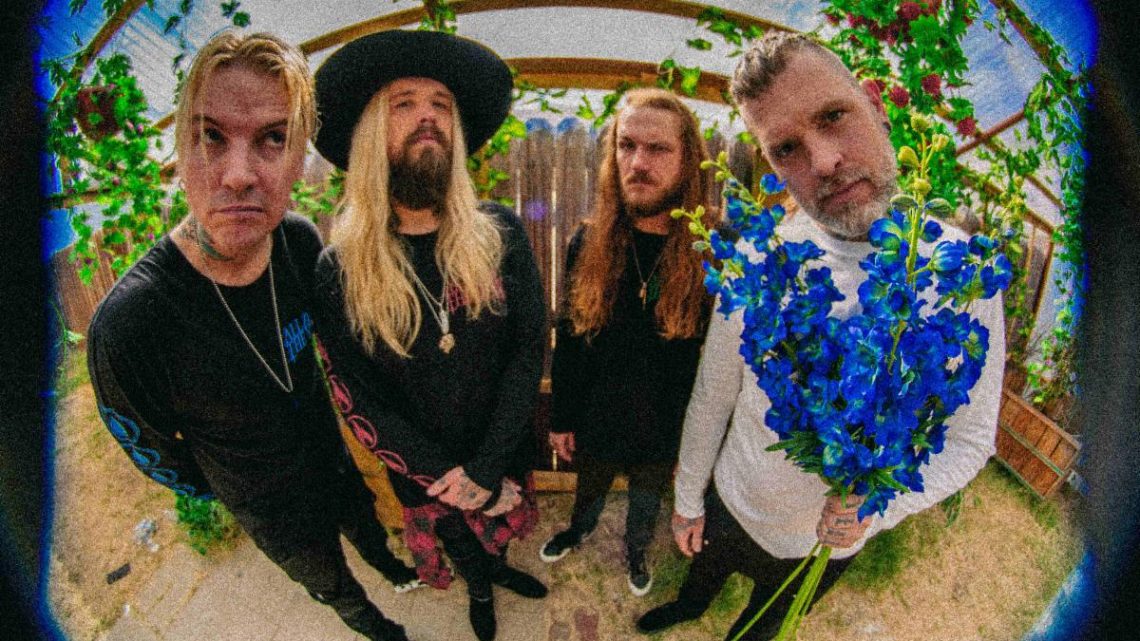 1st October 2021 0 By John Deaux
ALL HAIL THE YETI have revealed a new single and video, Bury Your Memory, taken from their long-awaited 7-track EP, Within the Hollow Earth, set for release on 12th November via minusHead Records. Pre-order or pre-save here.
A haunting tale of loss, Bury Your Memory harks back to the fan favourite, After the Great Fire from the band’s self-titled 2012 debut, with its yearning for redemption and strength. “Bury Your Memory was one of the first songs we completed for this EP and I immediately knew that it would be the first single,” says vocalist Connor Garrity. “It feels very much like a traditional AHTY song, reminiscent of our self-titled record.”
Watch the video for Bury Your Memory, shot by director Brian Cox (Bring Me The Horizon, Hollywood Undead), today at the link below.
“Shooting with Brian Cox is always a pleasure,” says Garrity. “He took my idea for a visual concept and ran with it. It’s like nothing that any metal band is doing right now.”
Within the Hollow Earth was recorded with veteran hardcore-punk producer Steve Evetts, known for the visceral and vibrant performances he wrenches out of heavy bands, such as Suicide Silence, DevilDriver, Incite, Every Time I Die and The Dillinger Escape Plan. The resulting near-album-length EP is a meditative trip into the brain.
“Within the Hollow Earth has been hiding in the shadows for almost two years, and now it is peeking through the darkness to shed light on a dim music scene,” says Garrity. “We cannot wait to unleash this on the world. The past couple years have been difficult for all of us and the excitement of releasing this has been taken away more times than I can remember. Within the Hollow Earth will offer blue skies for this bleak world. We are very proud of the work and feel very confident that it paints a perfectly beautiful picture of how horrific life can be.”
The musical terrain of ALL HAIL THE YETI is littered with animalized urgency and menacing ire. Dig deep Within the Hollow Earth and summon the sacred spirits with ALL HAIL THE YETI.
Pre-order/pre-save Within the Hollow Earth at LINK.
Within the Hollow Earth track listing:
1.       Bury Your Memory
2.       Headless Valley
3.       Funeral Heart
4.       Nidavellir
5.       Cold Dead Leaves
6.       Cry of the Waheela
7.       The Great Dying
8.       Sex Type Thing (bonus track, limited edition CD only)
ALL HAIL THE YETI brings together postmodern heavy metal thunder with groove-soaked visions of riff-driven power. A smattering of hardcore angst, the passion of ’90s rock radio, and the classic majesty of ’70s AOR. This is music that aligns with the heavy hooks of Pantera, the steady pulse of early Crowbar and the stoner grind of Acid Bath. ALL HAIL THE YETI makes music at the extra-dimensional crossroads, where demons and myth dwell. The undying spirits of the New Jersey Devil, El Chupacabra, Sasquatch, and all lurkers of lore, stalking the night, are conjured by the band’s songs. ALL HAIL THE YETI is a unique rock group with a strong identity and sense of purpose, clawing at the blackened hearts of the strange.
ALL HAIL THE YETI will be back in Europe in the Summer of ’22. They play at Wacken Open Air in August. Stay tuned for further dates in due course.

For more ALL HAIL THE YETI, find them online at:

The Cult: Born Into This – Savage Edition, 2CD Review