First things first, if you don’t like Alter Bridge then you should probably check out ‘Blackbird ‘or ‘ABIII ‘first. Those are really good albums. If you’re already a fan, then you probably won’t be reading this review. If you are a fan, I’d love to know if you’ve got the same thoughts as me about Alter Bridge.

‘Walk The Sky’ is the Floridians sixth studio album and their fifth with producer Michael Baskette. I’m not saying this is a bad thing, but the old saying ‘a change is as good as a rest’ came to mind when I was listening to this album.

This is going to be quick, blink and you’ll miss it.

This album is has the up tempo one.

This album has the ballad-y one.

There is the slower one.

There’s the feel good one.

However, by sticking to their well worn formula Alter Bridge are running the risk of becoming irrelevant and an almost parody of themselves.

There is absolutely nothing wrong with this album. I really enjoy listening to it.

I want them to try something else, something new, something different. I don’t mind if they release an album with some misses if there are some hits as well.

This album isn’t going to win over new fans, but those of us who are already fans will be happy.

If you’re going to the gig on Friday in Cardiff, I’ll see you there. 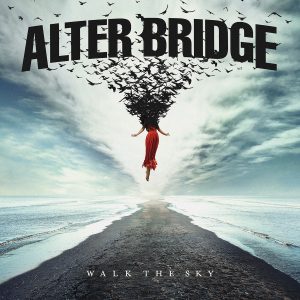