“Caress the one, the Never-Fading rain in your heart, to tears of snow-white sorrow…caress the one the…” wait, what? *Editor whispers in Gav’s ear*…Well fuck. As it turns out, I’m not doing a nostalgic thirteen-year review of NIGHTWISH’s “Dark Passion Play”, but I’m covering the BAND AMARANTHE …look it’s a simple mistake to make, all these bands sound the same! Aaaand I’ve just triggered not one but two sets of fans.

Let me start over…Amaranthe are a Swedish six-piece metal outfit which, as you’re probably already aware of, have their own prolific career path. In the nine years since their 2011 self-titled debut, Elize Ryd and co. have amassed a legion of fans and admirers with their electro-symphonic hybrid metal sound, and they show absolutely no signs of letting up with 2020’s sixth studio album “Manifest”. Equating to an album every 1.5 years (Including touring) mind you, are they a band that just churns out the hits, or is it simply a case of the shits? Pass the Imodium…this could get messy…

The album opens up with “Fearless” and it’s not long before those electronic elements sweep the album into existence. The up-beat, synth-driven riff-work, coupled with the triple vocal onslaught of Elize (Alongside Nils Molin and Henrik Englund Wilhelmsson), which capitalises on the use of key-changes and crisp production, allows for an incredibly assertive and diverse pop-metal performance; this is a wonderfully energetic opener. “Make It Better” then, while retaining that multi-vocal approach reels itself in just a little for a more methodical, regimented piece of straightforward metal, and here we generally acknowledge the albums overall balance.

Amaranthe here find the fine line between the two styles and credit to them they never falter. “Adrenaline” for example is a fine dose of techno-tinged classic metal. “Archangel” continues in a similar vein while putting a little more emphasis on the surging riffs of Olof Mörck, allowing more of their heavier metal influence to shine through. If it IS metal you want then closing track “Do Or Die” is what you’re looking for as they are joined by none other than Angela Gossow of ARCH ENEMY fame, ensuring a blistering climax, but, if you do prefer their more melodic aspects, don’t sweat!

“Viral” takes their electronic aspects and utilizes a simplistic and infectious pop-oriented chorus for a made-for-radio highlight, while “Crystalline” goes one step further, providing an absolutely gorgeous, sweeping, string-accompanied piano rock ballad with the tenderest of softer, cleaner vocals, bordering on angelic in places. It’s here the likeness to artists such as WITHIN TEMPTATION is more prominent.

Overall, it’s these meandering qualities that allow the album to flow so effortlessly as a consistent collection of tracks. Their style, tone and general sound is clear in their approach and it’s a sound they’ve honed over the course of their six records, resulting in a frankly damn fine, albeit straightforward album…apart from one track.

“Boom!” …the ISIS of modern metal tracks. It terrorizes your ears with a blend of nu-metal soaked djent complete with semi-rapped angst-riddled vocals. It just doesn’t blend in with the rest of the album at all.


Especially with lyrics like “Oh wow that’s so cool GG, what else goes boom?” “THE BREAKDOWN GOES BOOM!” …honestly…it sounds like an excerpt from a properly obscure children’s educational program. I can picture Zippy, George and Bungle learning how to play metalcore on plastic VTech guitars or something, absolute cringe. Aside from that, it’s a solid album, and a generally enjoyable listen. 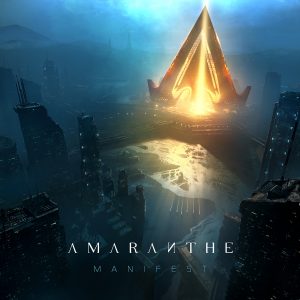