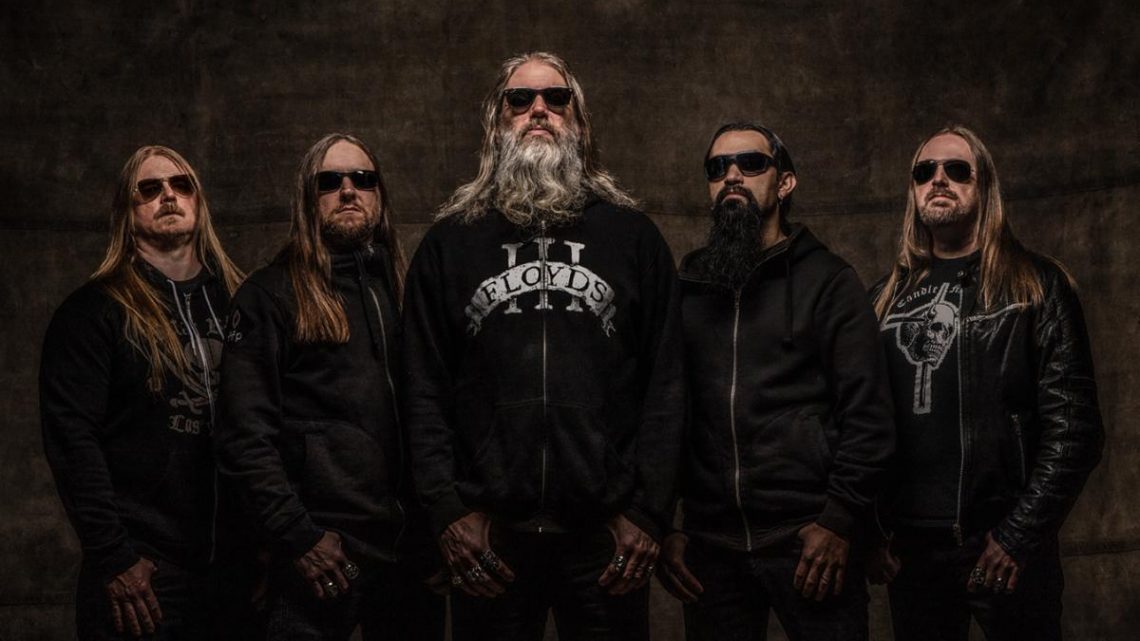 5th August 2022 0 By John Deaux
The brand new album from undisputed kings of Viking heavy metal, Amon Amarth – The Great Heathen Army – has finally landed today via Metal Blade Records. Stream the full album HERE. To celebrate the release of their twelfth studio album, Amon Amarth have also released the official music video for defiant new track “Find A Way Or Make One”. Watch the new video HERE
Speaking on the release of their latest opus, Amon Amarth share, “Heathens! The time is here for the arrival of The Great Heathen Army! This record has many elements that make up Amon Amarth in 2022, from the dark and brutal death metal of “Oden Owns You All” to the sing-along of goat-inspired “Heidrun” to Biff Byford’s amazing guest vocals on “Saxons and Vikings” and much more. We’re ready to take this record around the world for a two year raid and we’ll see you soon at the shows.” 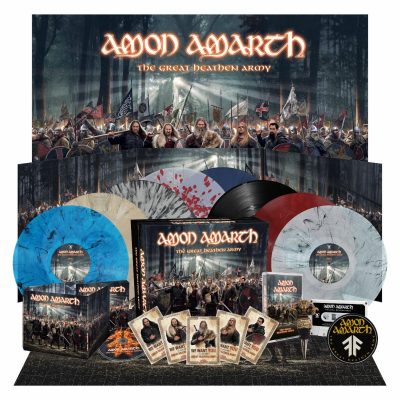 Elaborating on the video for “Find A Way Or Make One”, the band continue, “We did this video with director Mikis Fontagnier in Frankfurt, Germany and with it we wanted to try something different. This video is our take on the style of some of our favourite videos we grew up on as kids, like Twisted Sister’s “We’re Not Gonna Take It” and Motorhead’s “Killed By Death”. We had some fun making this and it was definitely fun to smash up a stale old business office!”

The band introduced the album to fans with two advance two singles – “Get In The Ring”, which is is the official entrance music for AEW pro-wrestling star Erick Redbeard who also stars in the music video, and “The Great Heathen Army” which is accompanied by an incredible Stranger Things inspired music video shot in Latvia by Pavel Trebukhin. The Great Heathen Army is available to buy now from www.metalblade.com/amonamarth/.
In a unique partnership with Drops AR, Amon Amarth have hidden 5 virtual trading cards in an augmented reality scavenger hunt. Each card represents a band member and includes a song preview from the new album “The Great Heathen Army”. The hunt takes place in WebAR which means there is no app to download and anyone can join in the adventure. Fans can start their hunt HERE or on the Metal Blade website. The AR Hunt auto generates where the fan opens the experience creating a personalised game with the cards hidden near local parks. Fans will be directed via map to the location and the card experience will unlock once they are within 100 metres of the pin. By joining the hunt, fans can also enter to win a prize package that includes an Amon Amarth box set, a blood red marbled vinyl, and a music cassette.
Amon Amarth also performed a surprise set at Wacken Open Air, Europe’s biggest metal festival this week. Under the pseudonym, Guardians of Asgaard, the band treated many thousands of festival goers to an all-killer set of fan favourites in celebration of today’s album release.
Armed with arguably their finest album to date, Amon Amarth are poised to return to full touring action with a bloody, broadsword-wielding vengeance, the release kick-starting another relentless global crusade.
Amon Amarth most recently announced that they set sail for US shores in November for the death metal raid of the year. The Great Heathen Tour will pillage its way across North America, razing 27 cities to the ground. The tour concludes with a special show at the Kia Forum, Los Angeles where Amon Amarth will become the first death metal band to headline the famous venue. Joining Amon Amarth on that epic quest will be Carcass, Obituary, and Cattle Decapitation. 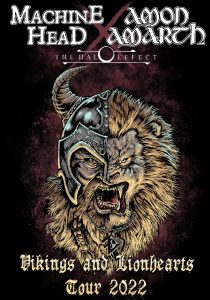