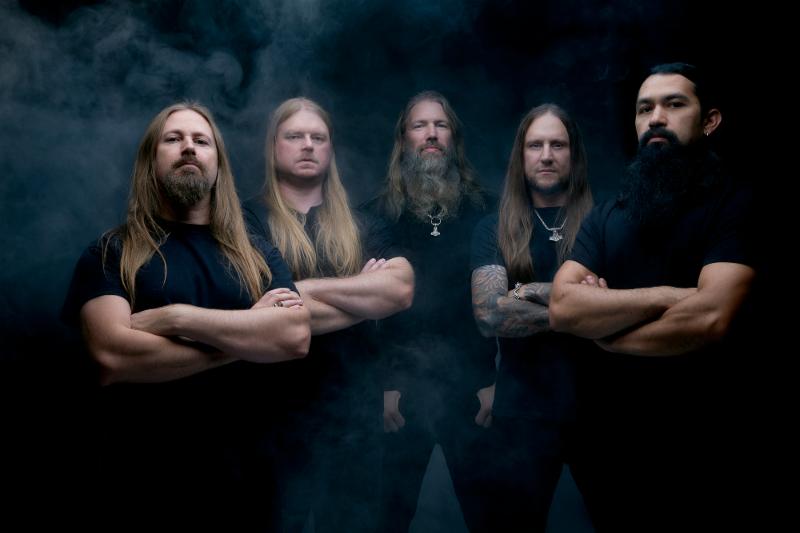 Amon Amarth released their 11th full-length album, Berserker, last month to critical acclaim via Sony Music, and recently concluded their North American trek with Slayer, Lamb of God, and Cannibal Corpse. Today, the band has unleashed the final clip in their trilogy of music videos for the album: “Mjolner”, which can be viewed at: http://www.amonamarth.com. 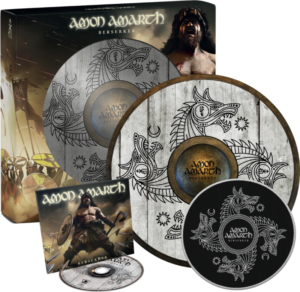 “Mjolner” – along with the previous videos: “Raven’s Flight” and “Crack the Sky” – were directed by Roboshobo, and each one is increasingly epic in its scope, further immersing the viewer in the world of Amon Amarth. Much like the songs on Berserker, the videos present Amon Amarth to their fullest. The cast features Josh Barnett as “the Berserker” and Erick Rowan as “Thor”, Tess Kielhammer as “Demon Boss”, Shanie Rusth as “Shield Maiden”, Erik Arevalo, Victor Henry, Canadian WWE legend Viktor as “Demon Henchman”, and many more.
To stream and purchase Berserker, please visit: amonamarth.lnk.to/berserker.
Comprising 12 monstrous heavy metal anthems that burst with melodic hooks, thrilling savagery, and spine-tingling drama, Berserker is the result of a huge surge of creativity and a collective desire to keep moving forward without compromise. From the explosive riffing of opener “Fafner’s Gold” and the brutish simplicity of the rampaging “Crack The Sky” to the epic fury of “Raven’s Flight” and the gritty storytelling of “Ironside” and “Skoll and Hati”, Berserker is an album full of trademark Amon Amarth bluster and bite but with every aspect of the band’s sound refined, sonically enhanced, and more potent – both in terms of metal oomph and emotional power. Capturing the spirit behind these new songs is the album’s semi-title track, “The Berserker At Stamford Bridge”: a visceral, vivid historical tale, recounting the Vikings last stand against the English army in 1066 and the mind-bending heroics of one axe-wielding warrior.
Showcasing an undeniable upgrade for every aspect of Amon Amarth’s iconic sound, Berserker was recorded in Los Angeles with renowned studio guru Jay Ruston (Anthrax/Stone Sour) manning the controls. After recording several rounds of professional demos for the new songs (initially with fellow Swedish metal icon Peter Tägtgren and then later with Ruston himself) the band crossed the Atlantic to make final the recordings in LA, eager to take a fresh approach to the album-making process.
“For me, this is Amon Amarth 2.0,” vocalist Johan Hegg declares. “I think what we’ve done here is give ourselves the space to explore other parts of our musicality and who we are as a band. If you’re content with where you’re at, what’s the point of continuing? We always want to come up with new ideas and find new ways of doing things and to create bigger and better shows and really try to improve every aspect of what the band is. We want to try to keep growing and to do this for as long as we have the possibility to do so, because this is the best fucking job in the world.”
In support of Berserker, Amon Amarth will be appearing at festivals across Europe this summer, before returning to the US in the autumn for a headlining run with Arch Enemy, At The Gates, and Grand Magus. Amon Amarth return to the UK to play Download Festival on Sunday 16th June, performing on the main stage. See all current announced dates below and stay tuned for more tour news soon. 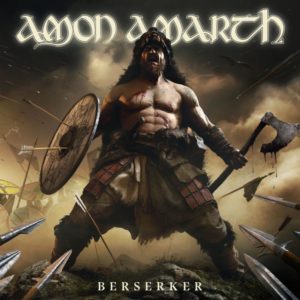