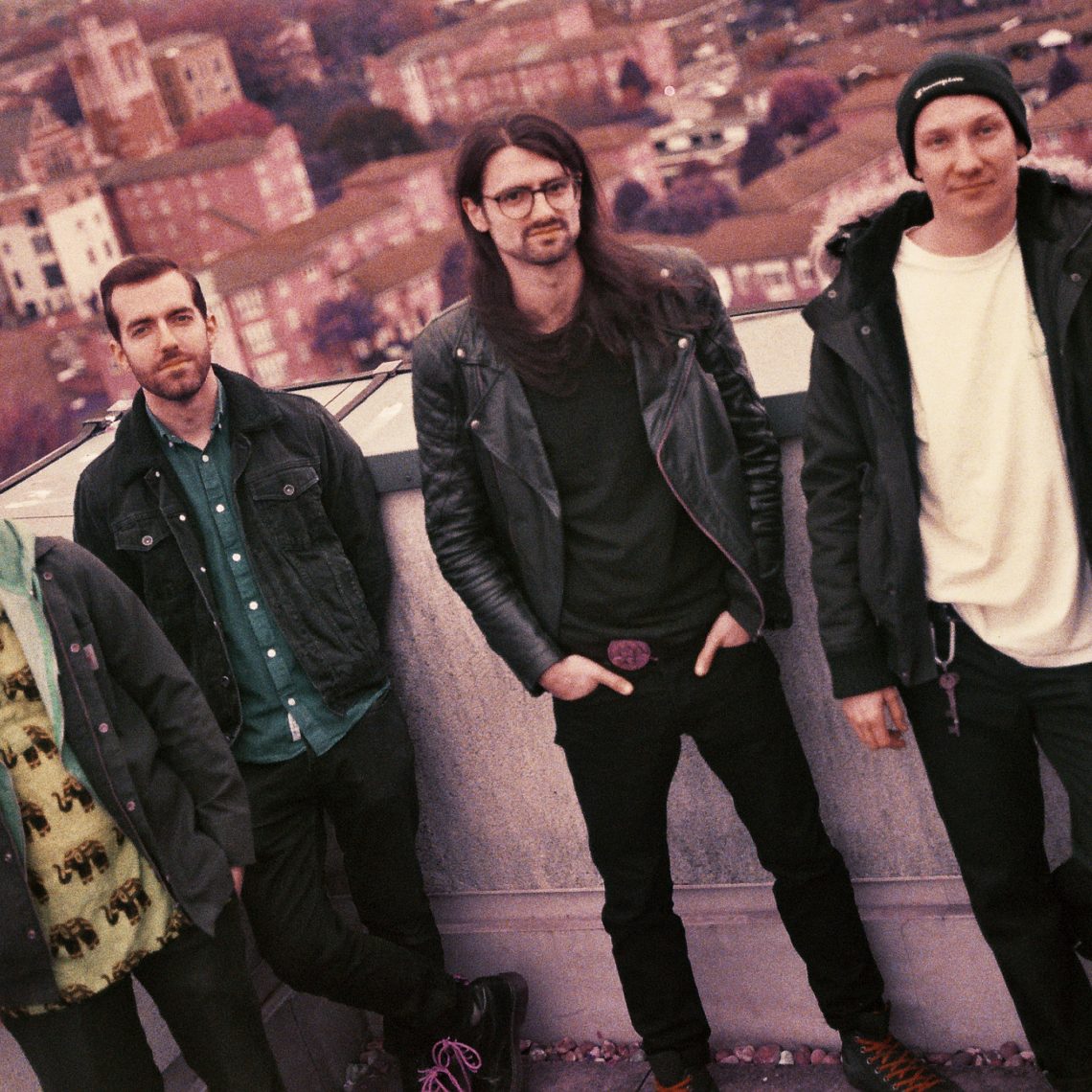 24th April 2020 0 By John Deaux
London experimental metal 4-piece Asian Death Crustacean will be releasing their debut album, Baikal, this summer.
The forthcoming album combines their breadth of influences in extreme progressive metal, electronic/ambient music and the London underground jazz scene into an exploration of the themes of metamorphosis and self-transformation.
Baikal unfolds in cyclical patterns of progression and return, presenting listeners with a journey through intertwining aspects of order, chaos, euphoria and aggression. Each development emerges as an evolution or response to the previous, producing an immersive flow between unpredictable turns of genre and mood. This results in a considered fusion of the band’s diverse musical backgrounds into a highly varied yet coherent aesthetic, taking in ethereal ambient passages, reflective and playful jazz, and surges of crushing heaviness. ‘Baikal Part II’ is the first track to be released from their debut. The band comment,
“This track had its seeds in the first material we wrote together as a band and showcases the dynamic of continuous evolution and the broad sonic palette which defines the album.”
Named after the world’s oldest and deepest lake located in the vast expanses of Siberia, the album’s title was chosen to evoke a sense of exploration into an immense and unknown space of simultaneous beauty and threat. Similarly, the artwork uses the motif of a sun to capture the inseparable duality of genesis and destruction on an all-engulfing scale. The sun also invokes the themes of Jungian symbolism, a journey of coming to terms with the internal dynamic tension of the many selves within one’s psyche.
Having spent a number of years refining their highly eclectic sound and playing shows around the UK, including supporting acts such as Three Trapped Tigers, The Physics House Band and Poly-Math, the band travelled to Sweden in 2019 to finally record and mix ‘Baikal’.
The album was brought to life over two weeks in the depths of a subterranean recording studio beneath Stockholm and a secluded mixing space on the wooded outskirts of Örebro with the help of David Castillo (Bloodbath, Leprous) and Jens Bogren (Opeth, Between The Buried And Me) of Fascination Street Studios.
The album will be self released on 26th June.
Asian Death Crustacean are:
Dan Peacock – Guitars / Sound Design
Rob Doull – Guitars
George Bunting – Bass Guitar
James Kay – Drums
https://www.facebook.com/AsianDeathCrustacean/
https://www.instagram.com/asiandeathcrustacean/