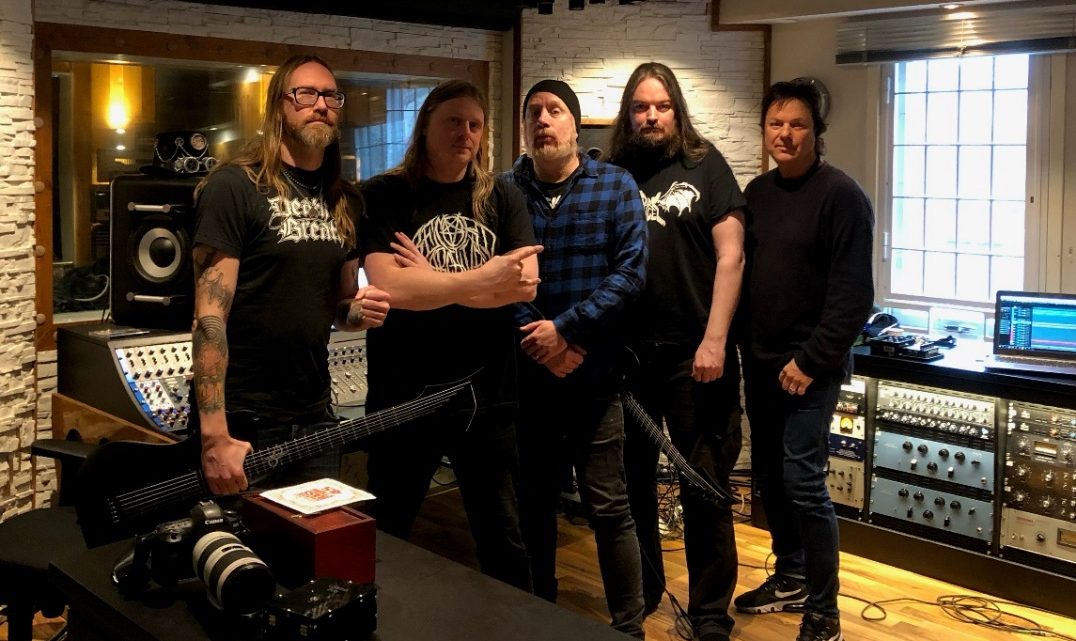 2nd December 2021 0 By John Deaux
Swedish melodic death metal pioneers AT THE GATES release new music video for “Cosmic Pessimism” off their latest studio album, The Nightmare of Being, today. Check out the video, directed by Costin Chioreanu / Twilight 13 Media,
“’Cosmic Pessimism’ is one of the central tracks of the new record. Not only drawing the title from the Eugene Thacker book of the same name, the lyrics actually are written by Eugene himself. This is something I am very proud of, the collaboration with one of the central figures when it comes to modern day pessimism and the idea of how it correlates to cosmic horror. It is a suffocatingly strict and repetitive song, and it displays the mood of the lyrics brilliantly, in my opinion. AT THE GATES have always been fans of anything eclectic and extreme, and we are finally at a moment in our career where we feel comfortable lifting in some of these, more avantgarde influences within the at the gates trademark sound. Minimalistic neo classical influences here clash with the deutsche rock/”kraut” and no wave sounds that we love so much. The video is once again shot by Costin, our longtime collaborator, and, once again, he managed to add extra depth and texture to the music and lyrics,” states AT THE GATES vocalist Tomas Lindberg Redant about “Cosmic Pessimism”.
Most recently, AT THE GATES have released a four-part track by track video series with Decibel Magazine, where Tomas Lindberg Redant expands upon the literature and philosophy that underpin The Nightmare of Being. Watch each episode below:
Episode 1/4: https://youtu.be/zz-EXLfmxSo
Episode 2/4: https://youtu.be/lpgfRnKv2Xw
Episode 3/4: https://youtu.be/2e_zCen2lvU
Episode 4/4: https://youtu.be/e5sa_FUm0aQ
In other news, AT THE GATES will finally be hitting stages again to promote The Nightmare Of Being, starting today for their Scandinavian tour. Check out a list of upcoming tour dates below. 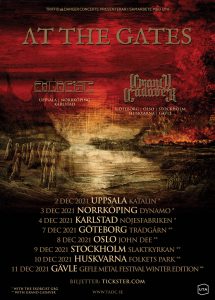 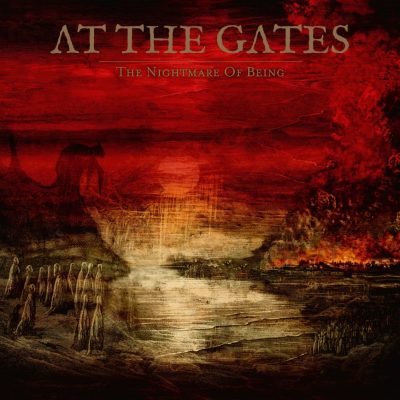 The Nightmare Of Being Tracklist:
1. Spectre of Extinction
2. The Paradox
3. The Nightmare of Being
4. Garden of Cyrus
5. Touched by the White Hands of Death
6. The Fall into Time
7. Cult of Salvation
8. The Abstract Enthroned
9. Cosmic Pessimism
10. Eternal Winter of Reason
The Nightmare Of Being can be streamed and purchased HERE and is available in the following formats:
– Ltd. Deluxe Transparent Blood Red 2LP+3CD Artbook
– Ltd. 2CD Mediabook
– Standard CD Jewelcase
– Standard LP (Several vinyl variants!)
– Digital Album
The album’s limited deluxe 2LP+3CD Artbook contains exclusive transparent blood red vinyl on 180g. and includes a 9-track Live LP & CD as well as an exclusive instrumental version of the entire “The Nightmare Of Being” album as bonus CD. It furthermore comes with an extended 32-page booklet, a double-sided A2 poster and 4 art prints. The album’s limited 2CD Mediabook comes with an extended 32-page booklet and a 9-track Live CD as bonus.
AT THE GATES is (from left to right on photo by Ester Segarra) Adrian Erlandsson (drums), Jonas Björler (bass), Tomas Lindberg Redant (vocals), Jonas Stålhammar (guitar), and Martin Larsson (guitar).
Watch “Spectre of Extinction”:
YouTube
Watch “The Paradox“:
YouTube
Watch “The Fall Into Time”:
YouTube
Watch “The Nightmare Of Being”:
YouTube
Stream The Nightmare of Being visualizer feat. artwork by Eva Nahon:
YouTube
Follow AT THE GATES:
Website
Facebook
Twitter
Instagram
YouTube
Follow Century Media:
Website
Facebook
Twitter
YouTube