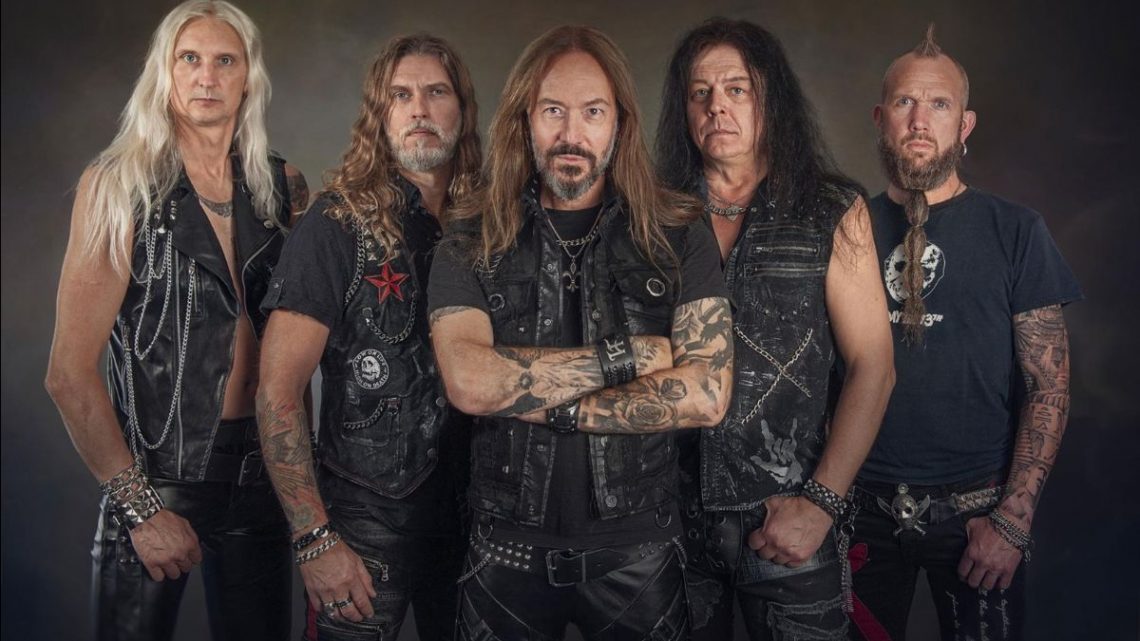 Swedish saviours of heavy metal HAMMERFALL let the hammer strike again with their twelfth studio album, Hammer of Dawn, set to be released on 25th February via Napalm Records. The album’s release is preceded by the arrival of the first single and title track, ‘Hammer of Dawn’, accompanied by a music video filmed at Liseberg amusement park in Gothenburg, and by famed director Patric Ullaeus.

Oscar Dronjak comments on the single: “The song itself was initially conceived in Germany during the World Dominion tour, with the rest of the work being done at home. I immediately knew this had the potential to be something important, and when Joacim added his vocal melodies we both felt it would be the perfect single. One with substance and power but also one you can’t stop singing when the music fades out.”

Joacim Cans comments on the video: “We already had the idea to shoot a video at legendary amusement park Liseberg 20 years ago. But like any good bottle of Champagne this idea needed to rest and mature before taken into action. And F*CK I am happy we waited!

“Together with director Patric Ullaeus we have created something unique and astonishing that totally blows me away every time I watch it. You can really tell that we haven’t played together for almost two long and never-ending years. We are as energetic as a pack of hungry wolves in the video ready to shred and deliver the heavy metal gospel!”

HAMMERFALL – Hammer of DawnAs one of the main forces in heavy metal, HAMMERFALL have dominated not only the Swedish album charts, but album charts across Europe throughout their extensive career, while earning gold status thrice. Faced with the daunting task of following up the band’s last studio album, Dominion, a record that fans and critics hailed as one of the band’s strongest releases, HAMMERFALL collectively met the challenge head on and have delivered what many early listeners are predicting as the best metal album of 2022, and a high point of the band’s catalogue.

Joacim Cans comments on the new album: “It’s hard to describe in words how extremely happy and proud I am about the outcome of Hammer Of Dawn. It was a struggle, for sure, but in the end we pulled it off and delivered a solid, vital and positive new album. Everyone is on top of his game and together we have created yet another milestone in HAMMERFALL history. Can’t wait to sing these songs live together with my sisters and brothers, The Templars of Steel!”

Oscar Dronjak adds: “We spent a long-time creating the songs for this album, mainly due to the Coronavirus but also because we began working on the material very early. That’s definitely evident in the result, the attention to detail is very big. Another thing that is quite palpable is the energy level, and that can be contributed to the extreme and forced downtime we all had to endure during the pandemic. The atmosphere in the studio was relaxed and laid back and the lack of stress created the perfect working environment for turning up the heat when the red light came on. It was easy to peak when you had to since there was no outside distractions or immediate deadlines. This album is a product of the pandemic in some ways, but more importantly it’s a strong statement that we are experiencing the high point in our creativity at the moment. I’ve said it before: HAMMERFALL has never sounded better than we do right now!” 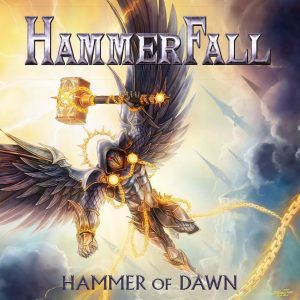 Hammer of Dawn will be available in the following formats:

Hammer of Dawn starts off with remarkable opener ‘Brotherhood’, a hymn echoing the deep connection of bandleaders Joacim Cans and Oscar Dronjak with their loyal Templars of Steel worldwide. Other tracks on the album present one smasher after another, with songs like ‘Reveries’, ‘No Son Of Odin’ and ‘Venerate Me’ – the latter featuring an appearance by none other than King Diamond – making sure it will go down as another milestone in the career of the Swedes.

When HAMMERFALL released their debut album, Glory To The Brave, in 1997, it signalled the second coming of heavy metal. Since that very day, HAMMERFALL have proudly flown the heavy metal flag high and while doing so have influenced a generation of musicians. They have also left a twenty-five year long trail of classic timeless music, sold-out shows and an army of loyal fans, aka the Templars Of Steel, in their wake. Rest assured everyone, that legacy continues and in fact strengthens with the arrival of Hammer of Dawn.

Fans can already look forward to seeing Hammer of Dawn live, as in 2022, HAMMERFALL will go on an extensive co-headlining tour through Europe, together with German metal stars Helloween. 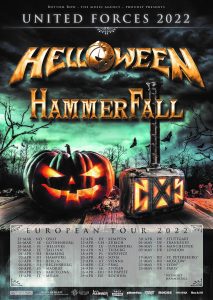