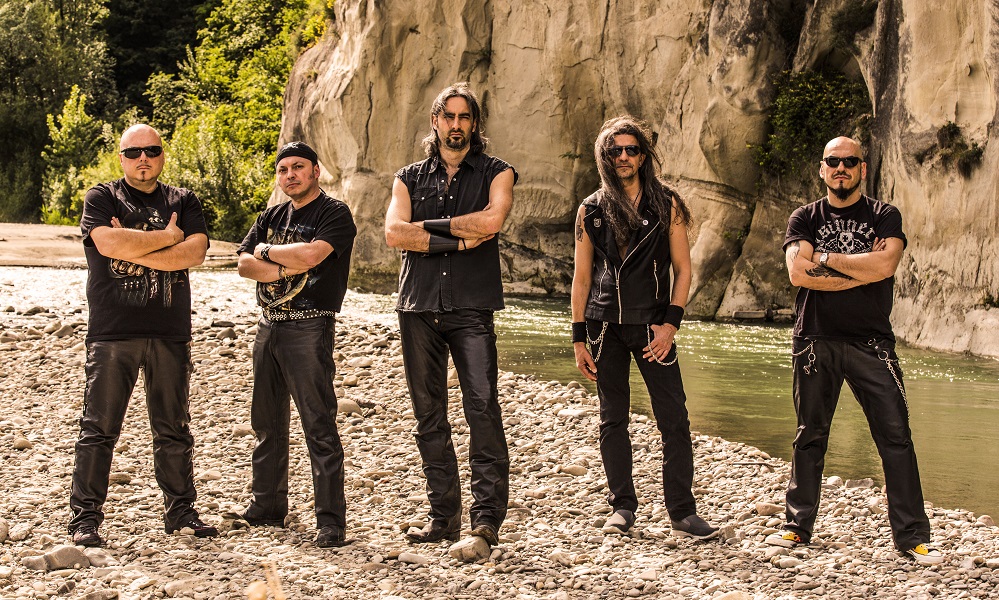 Italian heavy rockers Badmotorfinger and logic(il)logic Records have renewed their co-operation, started in 2013 with the release of debut album ‘It’s Not The End’, with a new record deal. The first work with the new singer Luigi ‘Sange’ Sangermano (Sange:Main:Machine, ex Tarchon Fist) will be ‘Heroes’, an EP featuring three new songs and three old tracks re-registred with the new line-up. ‘Heroes’ is scheduled for release in September: more information will follow.

Badmotorfinger started their activity in 2006 as a cover band, from a concept idea by Mengoli brothers: Federico ‘Heavyrico’ and Alessandro ‘Alex’. In 2007 Heavyrico was engaged by Tarchon Fist band and he came back in Badmotorfinger only in early 2011. From this moment, the band regained definitively one of its founders and the work restarted with renewed motivation and enthusiasm. Heavyrico himself proposed to work on several original songs composed by him: the band replied immediately with great energy and dedication. The first result was, in December 2011, the release of the promo cd ‘Badmotorfinger’ containing the songs “Beginning Of The End” and “Ride The Storm”. From here, the decision to definitively crumble their cover band tag and start a new adventure with their own music. Further motivated by the promo cd result, they decided to concentrate their efforts working on several new songs that became part of their first full-length album ‘It’s Not The End’, released through logic(il)logic Records in May 2013. During the promotion of the album, the line-up composed by Il Reverendo, Alex, Heavyrico, Tommy and Barra, performed an intense live activity, partecipating also in high level festivals. In January 2015 Il Reverendo was replaced by Luigi ‘Sange’ Sangermano (Sange:Main:Machine, ex Tarchon Fist) at vocals. Sange had previous musical experiences together with Heavyrico years before, and they manteined an artistic and friendly relationship through the years. Immediately the band started working on the new songs; the lyrics contribution by Viviana ‘Laviv’ Cappelli is essential. Several of these songs were already played at live performances, earning a lot of interest. So, for Badmotorfinger, the live activity is goin’ on, and in the beginning of 2016 they decided to record a new EP that will contain three new songs and three tracks from the previous album, completely re-recorded and rearranged. They started also the shooting for the first videoclip of the band, that will be released in September 2016, as for the EP ‘Heroes’.