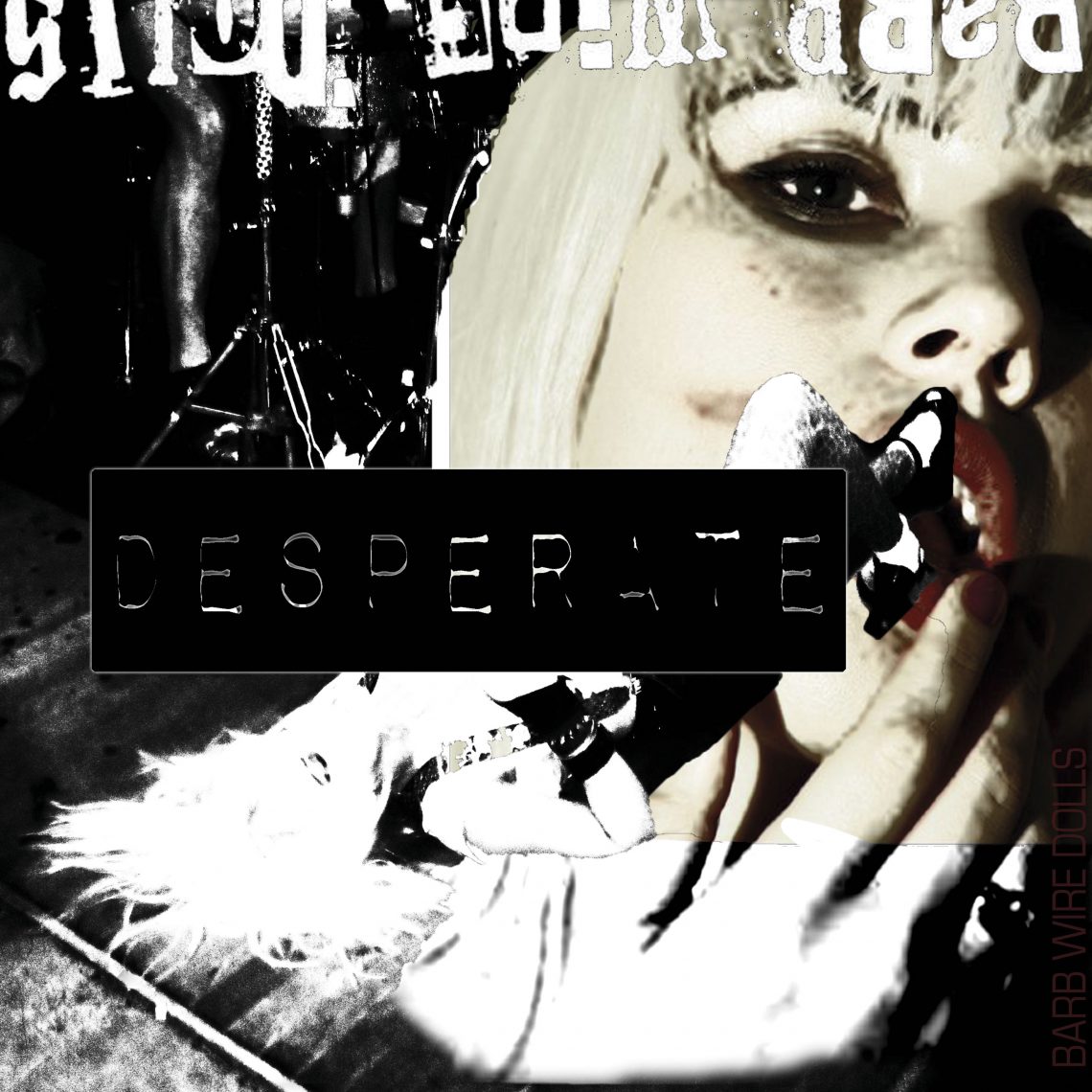 “Barb Wire Dolls are the most explosive and exciting new punk band I’ve seen in decades! They are gonna change the face of music and save rock and roll as we know it!” –
Mickey Leigh/brother of Joey Ramone

“Barb Wire Dolls are punk rock all the way to the bone!” – Vice

“If you were bummed that you missed out on the Sex Pistols and Black Flag because you were only one, or not even born yet, here’s your chance to catch one of the best bands playing that style today. From their music to their attitude, Barb Wire Dolls embody that same spirit of the late ‘70s punk scene.” – Washington Times
Barb Wire Dolls are pleased to announce the release of their new album “Desperate” on 22nd July, via Motörhead Music.

Fronted by the whip-smart vocal and fashion icon Isis Queen (named after the Greek Goddess herself), Barb Wire Dolls intelligently weave sub-genres of punk, grunge, and metal, producing an urgent sound that is truly unique. The group’s dynamic musicianship is blasted forth by former pro surfer & skateboarder Pyn Doll on lead guitar, Krash Doll on drums, Iriel Blaque on bass, and Remmington on rhythm guitar.

Hailing from an artist commune on the island of Crete, Barb Wire Dolls, sold everything they owned and left crisis-ridden Greece in 2010 for Los Angeles, at the invite of legendary KROQ DJ Rodney Bingenheimer. Upon their arrival in California, Barb Wire Dolls immediately sold out the world famous Roxy Theatre in Hollywood, boasting a live show that is second to none.  The band has gone on to melt ears & hearts on 700 stages across 22 countries in just under five years  – consistently selling out club dates in America, the UK and Europe.

Electrifying rock of this magnitude did not go unnoticed by the elder statesman of the Sunset Strip, the incomparable, irreplaceable Lemmy Kilmister of Motörhead. After seeing Barb Wire Dolls live, Lemmy took an immediate interest in the band and placed them under his supportive wing.

Desperate is being released world-wide this summer in conjunction with the band’s debut performance at Germany’s Wacken Open Air, the largest metal festival in the world. Out to smash all misconceptions about women in rock today, Barb Wire Dolls’ cultural and musical immediacy is not to be missed.