Anyone who knows me well knows that I’ve been calling out the extreme elitism of those who attempt to smear the unholy of name of Behemoth for years. The band’s last full length effort, “The Satanist,” held rank as a favorite of mine from Behemoth, especially given the album marked the band’s seeming return to their black metal roots. Naturally, when I found out Behemoth was releasing a new album, entitled “I Loved You at Your Darkest,” I jumped on the opportunity to review it.

The album starts out strong, with a fittingly blasphemous incantation,  entitled “Solve.” This intro leads right into the crushing “Wolves of Siberia.” Things seem fine until track 4. That’s when the album goes in a strange direction.

“Ecclesia Diabolica Catholica” has a bit of a softened feel to it, as do many of the proceeding songs. There’s an emotional atmosphere that almost attempts to be palatable to a larger audience. While the technical musicianship is present, many of the tracks on “I Loved You at Your Darkest” lack the crushing quality Behemoth is so well-known for.

That’s not to say these songs aren’t catchy in their own right. If Nergal has learned one thing throughout his nearly 30 career, it’s superior song writing. That said, some of these tracks struck me as odd. “If Crucifixtion Was Not Enough,” for example, almost had a punk air to it that seemed out-of-place within the context of the rest of the album. It was as though they were attempting to create a sort of blackened thrash feel but failed miserably.

As a mentioned earlier, there is a softness to this album that I haven’t heard in previous releases. When one considers the title of the album “I Loved You at Your Darkest” one can only surmise this must be a concept album. It leads to me wonder whether or not Nergal returned to his blackened roots in an attempt to broaden his musical range and experiment with more diverse styles.

That’s not to say this album entirely lacking the crushing breaks and blasphemous chanting that have become Behemoth’s signature. The more emotional aspects overpower the classic elements, however. I can’t help but feel “I Loved You at Your Darkest” will alienate some fans, even if the song structure is overall good. I also think that, at this point, the guys might not care.

“I Loved You at Your Darkest” will undoubtedly attract a broader fan base than Behemoth’s previous albums have, and given the band’s over the top image, it won’t be difficult for them to attract attention. Have they gone soft on us? Nah. I think they’re just experimenting with different approaches to their sound. Will the die-hard fans be content with what “I Loved You at Your Darkest” has to offer? That remains to be seen. All I know is that I was a bit confused by this effort. 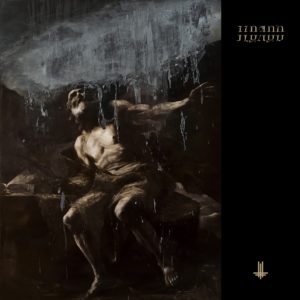