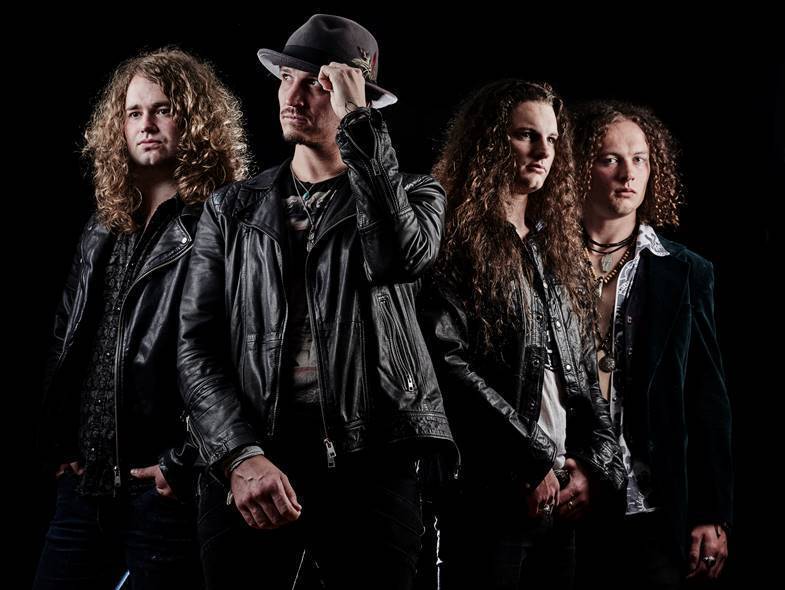 4th October 2018 0 By John Deaux
DEPARTED are proud to announce that they will be the main support for THE NEW ROSES on the band’s forthcoming UK tour in November/December, 2018. See below for full date and venue info.

DEPARTED are an exciting 4-piece, Devon-based rock and roll band, first formed when Ben Brookland and Mark Pascall began writing together in 2014.

Mark Pascall, meanwhile, was lead singer and bass guitarist for Empire of Fools, another critically-acclaimed band, which achieved worldwide airplay from stations like Planet Rock Radio and the BBC. Mark wrote the song ‘Devil Inside’ which Classic Rock showcased as their ‘Track of the Week’ and included on their mag’s cover CD. Mark’s impressive achievements include supporting top-tier bands like The Answer, The Darkness, Reef and Status Quo. He’s also played prestigious venues like the CIA (Cardiff International Arena) and many festivals. Mark is also an Orange amps endorsee.

“DEPARTED celebrate what rock and roll is all about,” as Jace Media put it, “powerful lead vocals, soaring guitars and a thundering rhythm section. The dynamic 4-piece represent the new generation of rock bands paving the way for British rock – relentlessly working to keep rock and roll alive. The band are sonic architects of modern music, where energy meets melody, and rock meets roll.”

Now, DEPARTED, are joining forces with THE NEW ROSES, one of the most exciting and successful new German rock bands, as major support for THE NEW ROSES’ upcoming UK tour.

“We are very excited to be hitting the road with THE NEW ROSES,” says Mark Pascall, “They are such a great band that people need to discover! DEPARTED can’t wait to return to the great cities we played on the Schenker tour at the end of last year and finally we hit Scotland!! We will be venturing in to new territories in the UK this tour and really look forward to meeting everyone!! Currently we are working hard on our debut album so we will be more than ready to get back on the road!”

Check out the tour info and book your tickets now!