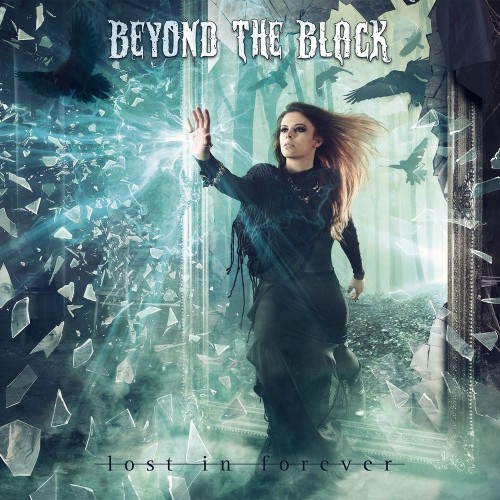 It’s not very often that an album surpasses a band’s debut, but that’s exactly what Beyond The Black have managed to achieve with their new album Lost In Forever which is a massive slice of Gothic/symphonic metal in the vein of early Within Temptation & After Forever.

The band had their entire lives to write their debut Songs of Love & Death & had very little time to put together what is supposedly a bands difficult album, the 2nd release.

Beyond The Black have gone from strength to strength since their inception in 2014 & this album is an absolute masterpiece. Lost in Forever was originally released February 2016 & entered the German charts at #4. This worldwide release has been expanded & now features 17 tracks along with a massive run time of 77:48. At 77+ minutes you would think that this album would be heavy going & not for listening to in one sitting. Rest assured tho you wont want to turn this album off or even skip any tracks.

There is not a bad track on this album. Jennifer Habens soaring voice coupled with the shredtastic playing of Chris Hermsdörfer makes this album compulsive listening. In fact since being sent a copy by the label this hasn’t been off the AATR office playlist.

From ballads such as Beautiful Lies & Against The World through to full on kick your arse tracks Written In Blood & Forget My Name, this opus has something for everyone. Even death metal style vocals on Shine & Shade.

A perfect blend of cinematic, symphonic & Goth metal. If you’re a fan of Lacuna Coil, Kamelot & even Evanescence, this album is going to rock your world.

It’s only January & this album is going to take some beating.

Checkout Beyond The Black HERE