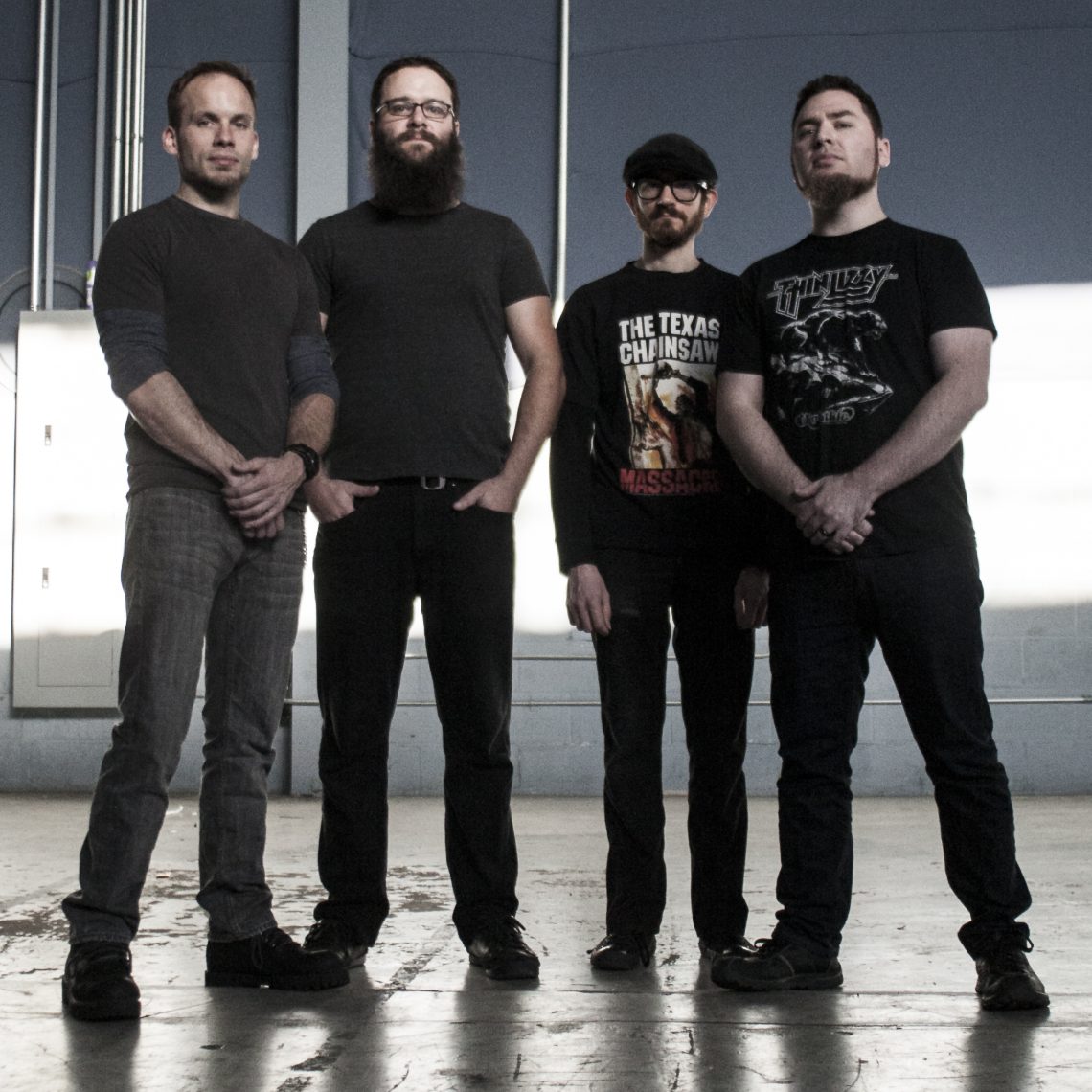 In 2015, revered metal guitarist, vocalist, and songwriter Mark Sugar had a creative breakthrough that led him to leave behind a modern metal legacy to bravely forge a new one. Now, one of underground metal’s most uncompromising visionaries returns with a new band and an invigorating heavy-with-melody aesthetic.

“I wanted to challenge myself with clean singing and by writing well-crafted songs,” reveals the Chicago-based artist. “I went back to my influences, old school metal, prog rock, and hard rock—music built on classic songwriting.”

Sugar was formerly known as the mastermind behind the cult metal quartet Trials, a group that amicably folded in 2015, leaving behind three artistically bold and well-received albums that bridged the divide between thrash and melodic death metal.

An aura of mystique surrounds Black Sites. The band feature some of Chicago’s finest players from the underground metal scene. The band features Mark Sugar on vocals/guitar, ex-Trials bandmate Ryan Bruchert on guitar, John Picillo on bass, from Without Waves and Immortal Bird, and Chris Avgerin on drums, from Nequient and Autonomy.  The four-piece band draws inspiration from a panoramic pedigree of classic and modern metal and hard rock influences including Black Sabbath, Deep Purple, 1970s Judas Priest, Iron Maiden, Fates Warning, Motörhead, Queensrÿche, Voivod, Hammers Of Misfortune, and Dawnbringer.

The story goes that at the time of the Trials split, it was was seeing Avgerin during this transitional period that encouraged Sugar to follow his muse. “Watching Chris play awesome John Bonham, Ginger Baker, and Bill Ward style drums in these bands that had a 1960s vibe really inspired me,” he affirms.

Sugar and Avgerin worked on the demos as a duo before heading to Gunpoint Recording Studios with recording engineer Quentin Poynter (The Skull). Bassist John Picillo joined the band halfway through the sessions, and guitarist Ryan Bruchert signed on after the recordings.

Other album standouts include “Hunter/Gatherer,” “Burning Away The Day,” and “Locked Out – Shut Down.” “Hunter/Gatherer” opens with a darkly classical acoustic guitar figure and plaintive, clean vocals. It’s a storyteller song that uses dramatic dynamics to convey the narrative. Within the epic are slight nods to vintage Mercyful Fate, Trouble and Queensrÿche. “Burning Away The Day” is an instrumental tour de force with savage 1970s hard rock drums and fleet-fingered guitar solo playing that explodes with classical melodicism and proto-shred flash.  The relentless pummel of “Locked Out – Shut Down” evinces Sugar’s thrash roots.

As anticipation builds for the band, and Black Sites releases its debut long player and plays its first shows ever, Sugar is reflective. After all, in the span of a year he’s gone from no band to a new band with an irresistible old school aesthetic. “I remember driving in my car listening to the final album and just feeling so relieved and excited to hear these songs come to life,” he says. “I learned a lot during this time. I learned how to keep an open mind and stay focused. I feel like this is the best thing I’ve ever done.”