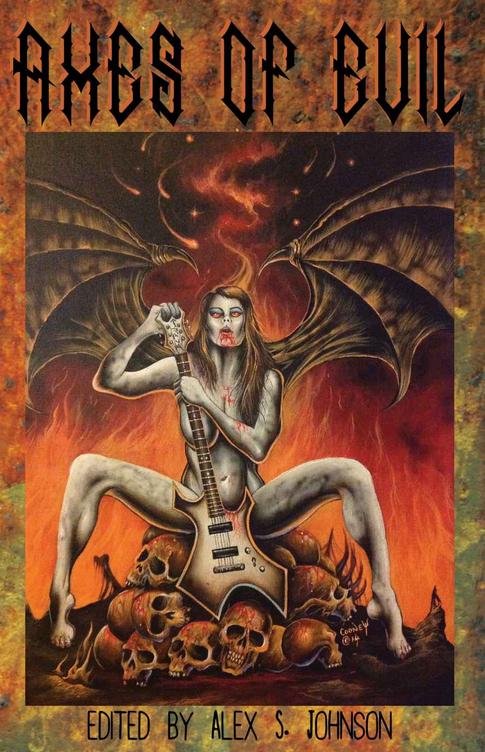 This compilation is edited by Alex S. Johnson who, as well as being a fiction writer in his own right (he’s written a number of novels and short stories), is also a heavy metal journalist who has written articles for Metal Hammer and Zero Tolerence magazines among others – and, as you’d imagine, he’s done an amazing job of collating the metal themed stories that appear in this blood-soaked tome.

Some of the authors featured are among the finest in the horror field today and include: Lucy Taylor (Bram Stoker Award-winning author for The Safety of Unknown Cities), Sèphera Girón (author of over 15 published books, including The House of Pain, and Borrowed Flesh), Terry M. West (author of What Price Gory, and director of the cult classic horror film Flesh for the Beast), and Del James (author of The Language of Fear).

I’ve not managed to read the whole collection yet (there are over 500 pages!) but I’ve read the first few stories, and a few at random – and have enjoyed each and every one of them.  The quality of the writing is first class, and the subject matter is nice and varied – including tales of old gods, serial killers, the supernatural, and – of course – satan himself.

If you’re a fan of horror fiction this book is highly recommended ! 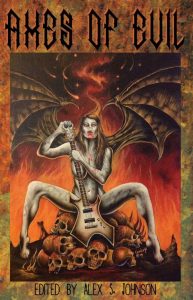