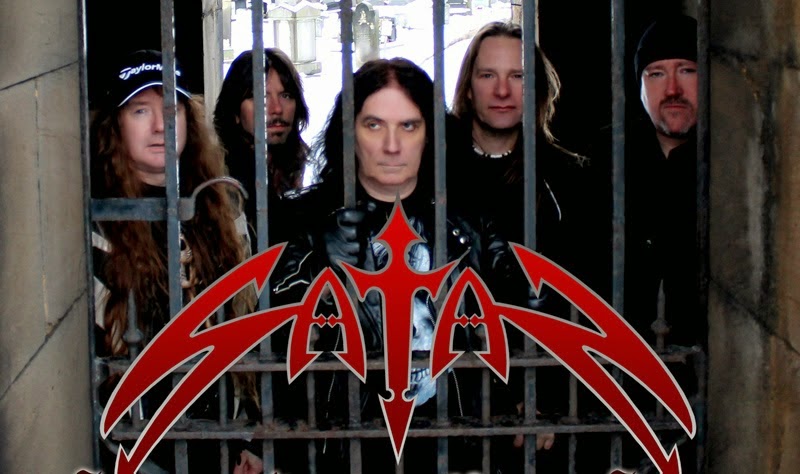 The indisputable vocals of Brian Ross have been a stronghold in The New Wave of British Heavy Metal scene since the early eighties. The charismatic frontman of both Satan and Blitzkrieg took some time out of his busy lockdown schedule to give us some insight into the house where Satan lives.

At all about the Rock, we consider ourselves pet lovers, which I why we want to know all about yours! I believe you have 9 cats? Wow! Have you managed to name them all?  How long have you had them? is it just the cats you have as pets? Tell us all about them! 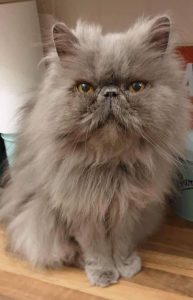 1 – LOUIS DU LAC. He is a Blue Persian. He is named after one of the vampires in Anne Rice’s Vampire Chronicles. 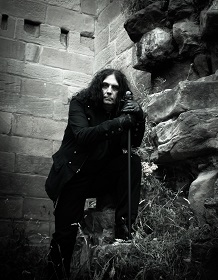 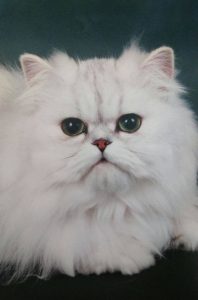 7 – SUMMER. She is a Silver Chinchilla Persian.

8 – LILITH. She is a Black British Short Hair.

9 – ISABELLA. She is a Black British Long Hair.

We have had other cats in the past and also 5 dogs.

It must be fun having that many cats about the house. Do any of them have any weird or quirky habits?

I don’t really think that they do weird things. They are just naughty. They steal things. They chew plastic bags, but only when you are watching them, because they know it winds you up. 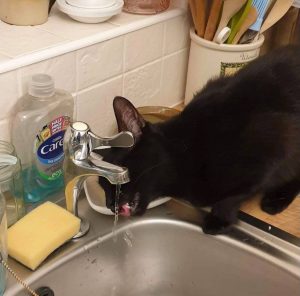 Can any of your cats do any tricks?

They like to drink from the tap, but generally,  cats don’t do tricks. They can, but they think that they are above that sort of thing.

This passed year has been pretty manic, so you’ve no-doubt, like the rest of us, spent a lot of time at home. How have the cats helped being at home for you? Have they been comforting, or have they just been driving you nuts?

A bit of both really. Since last March I have been at home fairly constantly, because I have COPD,  so I have to be careful. Unfortunately, I tested positive for Covid in December.  This made my COPD worse and so I have been really ill. Starting to recover now, but the cats have been with me all through this. They know when you are not well, so they spend most of their time with you. Since I started feeling better,  they’ve resumed naughtiness.

Well atleast they let you have a small break from their naughtiness. Have you always been an animal lover?

Yes, I have always been an animal lover and I absolutely abhor animal cruelty and “hunting”. When I can, I highlight the so-called “sports” such as Fox Hunting, Badger Baiting etc. I try to make people aware of these atrocities,  so that hopefully,  one day it will cease completely. 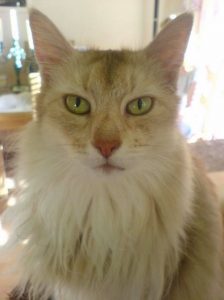 Are you one of those people that puts your pets into costumes? Don’t be shy to tell us about their battle vests.

No, its not really something that I have done. However, if I had a small Superman Suit, I could be tempted to put it on one of the cats. Sophie, for some reason, gets terrible knots in her fur, so sometimes we have to shave her fur off. She wears a woolen jumper when she has been shaved, but she loves it. I am sure that she would wear her jumper all of the time if we let her.

Do they all like it when you practise at home or perhaps your pet has had influence on your music?

Speaking of music, Satan managed to release a new single in the madness of 2020, “Twelve Infernal Lords”, on Decibel Magazine’s Flexi-disc series. The yellow and red looked awesome! Can we expect anything new this year?

Yeah. Both SATAN and BLITZKRIEG have been writing new material for album releases this year.

A huge thanks to Brian for giving us some insight into his world of feline frenzy.

To keep up to date on all things Brian Ross