For the first time in over 5 years badly drawn boy returns and now is your chance to see him headline at Byline Festival!

The Mercury prize winner (2000) and NME’s Best Solo Artist (2001) is back and will be headlining at Byline on Friday in the Media Circus tent. The English indie singer-songwriter and multi-instrumentalist will be in the intimate setting performing music from his eclectic career. The highly anticipated return of Badly Drawn Boy on his comeback tour will be amply welcomed by the Byline crowd who are ready to Dance, Discuss, Laugh and Change the World!

Badly Drawn Boy will be joined by the Russian feminist protest punk rock group Pussy Riot. With their strident feminism and anti-Trump/Putin stance, Pussy Riot personify the activism and unique attitude of the festival. We are expecting Pussy Riot to be brilliant, badly behaved and riotous.

Byline Festival is returning to Pippingford Park with its unique mix of intellect, spontaneity and diverse bands/acts. Set in the Halcyon Ashdown Forest, it is only an hour from Central London. Byline will offer festival-goers a unique opportunity to recapture the spirit of festivals gone by. This is similar to the original Woodstock, which was a seminal moment when people wanted to change the world.. This unique event is for people who don’t want to take Trump, fake news or alternative truth at face value.

More than 120 music acts are confirmed including The Blow Monkeys – The British new wave band that epitomised the glamour of mid 80s pop who will be bringing their multiple hits to stage, The Vapors – The power pop band that took to the charts with their single “Turning Japanese” and other acts such as Rhoda Dakar from the Specials and the Body Snatchers, Tom Hingley frontman for Inspiral Carpets and girl band with attitude -The Priscillas.

A range of up and coming artists will be taking to stage too such as Joey Base – The South Londoner becoming well known for his exploration of different styles of music including Hip Hop and Grime, Sample Answer – The young Dubliner who combines his diverse influences, ranging from The Beatles and Bob Dylan to Jay-Z and Tyler The Creator, to create his soulful indie rock records, PowerDress – The London based singer/songwriter who has stepped into the limelight with her debut single “Torture”, blindsiding the scene with her revitalizing brand of lipstick pop, Grace Savage, How’s Harry plus many more.

Exciting DJ’s will be attending with the likes of DJ Nihal – the BBC Asian Network DJ who fuses European and Asain beats (coming out of retirement!), Professor Gramophone – using his unique set up of two live and amplified wind up gramophones he’ll be cramming in as many retro tunes as he can, Wendy May, Maxology, DJ Niclas and many more.

All venues are in an intimate setting with the largest tent holding a capacity of 2000, creating an amicable vibe for all attendees.

Entertainment includes our opening evening show with a Circus from New Orleans, as well as the Jam Tarts Indie Choir in our Big Top Tent. The Backline Stage has bands playing throughout the day. In the evening, there is comedy, theatre and music at our seven venues.

The Other Bit at Byline is for the young and young at heart. It includes Rap Battles, live Urban Art sessions, as well as global DJs. The Trumpton Village Fete will recreate a post-Brexit 1950s village, run by the Mayor of Trumpton, alongside sexy vegetable competitions and Morris Dancing. Open-mic sessions are encouraged on top of our old Routemaster bus. We also recommend our campfire of Vanities for late night tall stories and strumming guitars. The forest fringe includes the Idler tent and our Byline Cocktail bar.

Our three big talk tents will include leading journalists, politicians, experts and activists from around the world who will be tackling and hopefully helping to solve today’s big issues. Over a hundred workshop sessions offer you the chance to learn stand-up comedy, write an e-Book and a protest poem, create a podcast, improve your creative writing skills, make protest banners, or relax with our yoga and mindfulness classes.

There are lots activities for families. The House of Fairy Tales is bringing their kid’s Media Planet Adventure and News Room to the festival, with daily shows created by kids for their parents. Outdoor activities include rock climbing with experienced instructors and wide games in the forest run by our Festival Games Master.

For those looking for something a little more relaxed, the peaceful Woodland Spa will provide a wide range of spa treatments including hot stone massages, reflexology and deep tissue massages led by a team of fully qualified local therapists. A wander through to The Gallery in the Trees will provide a scenic atmosphere, including photojournalism hanging from branches of trees in the middle of the forest.

London’s legendary media Frontline Club will recreate its famous bar on-site at Byline Festival, as well as our forest bars and an array of independent food stalls. 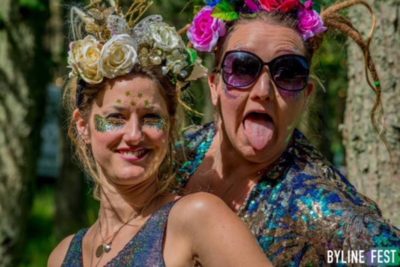 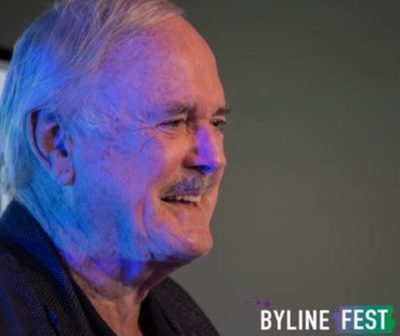 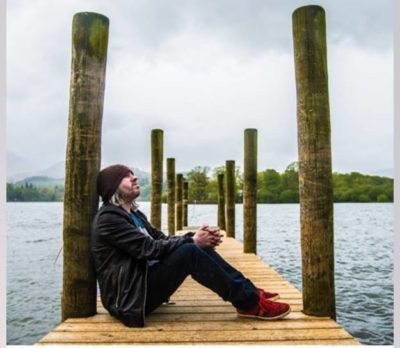