Lamb of God drummer Chris Adler has been hired by Megadeth to play drums on their upcoming 15th studio album. Adler made the announcements on his Facebook page stating that he will be performing with the band on July 18th at Festival d’ete de Quebec. 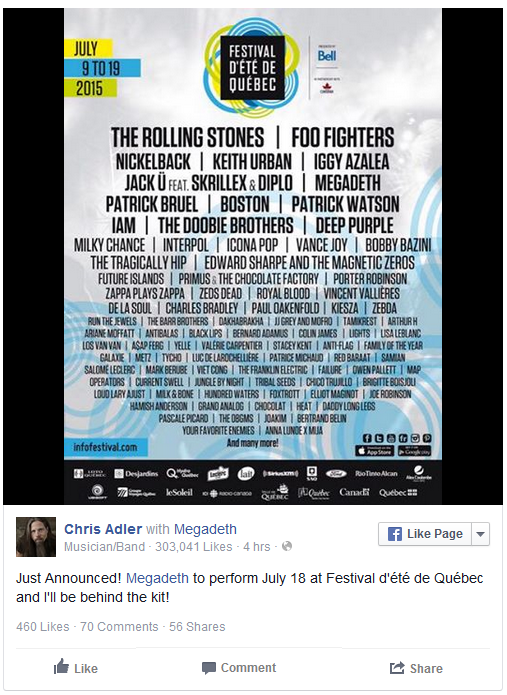 Below is a 15 second teaser of Adler playing drums on one of the new Megadeth tracks: