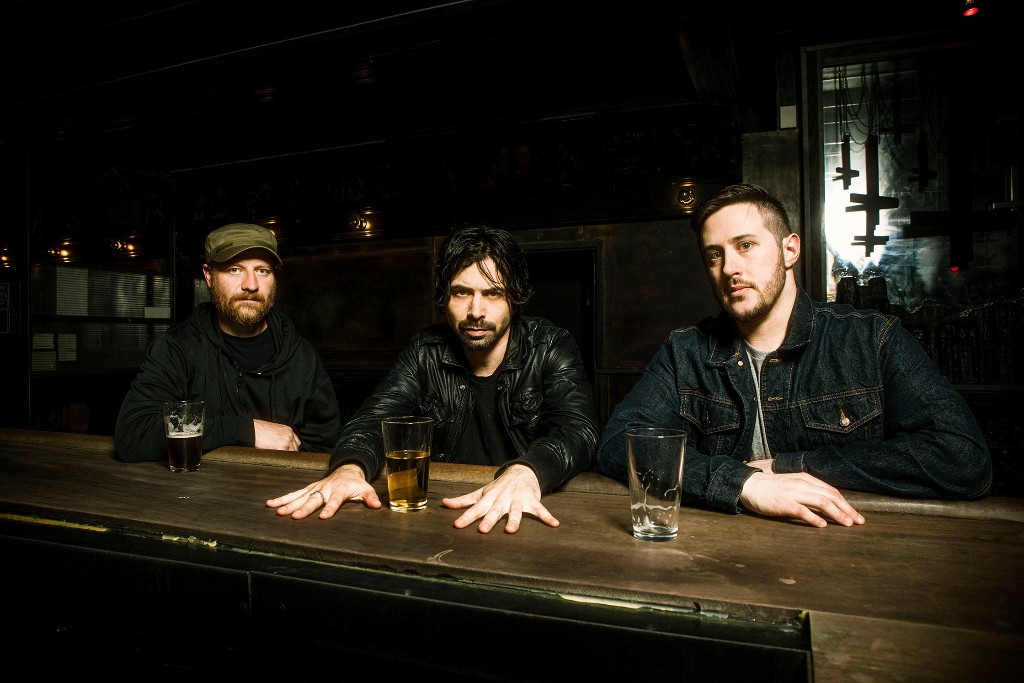 US rockers CKY have announced a UK/Ireland tour in Nov/Dec with support from Sumo Cyco and Bullets and Octane, with tickets on-sale from today. VIP Meet and Greet upgrades with exclusive merchandise are available as well by clicking here: https://cky.wun.io/

The last 12 months have been a whirlwind of success for CKY following the release of their highly acclaimed album, The Phoenix. A sell-out UK headline tour, a huge European headline tour and a run supporting Skindred have built up their unstoppable momentum, and they played to a 25k strong crowd at this year’s Download Festival (the busiest performance of the day on the Zippo Stage). CKY have not only re-ignited their existing fanbase, but they’ve picked up thousands of new fans along the way. 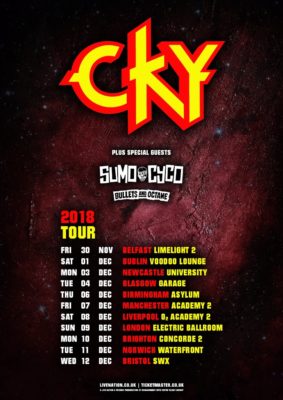 CKY released The Phoenix on June 16, 2017 via eOne Music. The new LP is the first release since the band put out Carver City in 2009. The album was engineered and mixed at Rancho De La Luna, the highly regarded recording studio in Joshua Tree, CA.