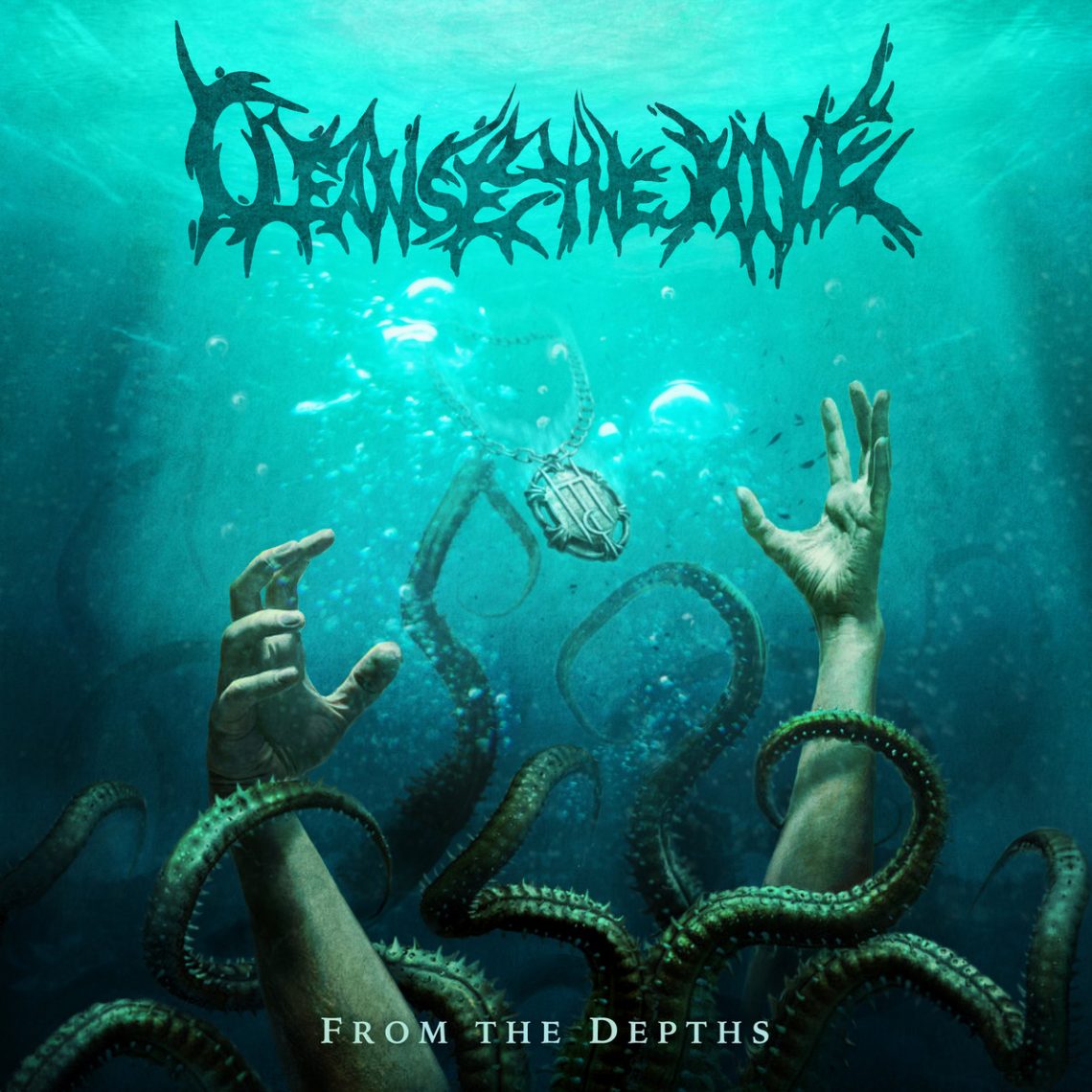 Cleanse The Hive – From the Depths EP Review

I feel there is a great tragedy in the UK metal scene. It is a genre overflowing with talent, with excellent artists that are all too often ignored and overlooked in favour of bands peddling a generic and simplistic, bastardized version of post-hardcore. Cleanse The Hive are exactly the kind of band we should be championing in the metal scene – these Aberdonians are hard-working, hard-riffing young lads that write metal songs, not three minute breakdowns.

After several years working the gig circuit in the North East of Scotland, they have finally come to release their awesome debut EP, From The Depths. Absolutely slammed with stunning riff-work, From The Depths feels like a twenty minute kick in the teeth, in the best way possible. The band’s strongest musical influence seems to lie in the New Wave of American Heavy Metal, and much of the music and the vocals here appears to be inspired by early Lamb of God – not to say Cleanse The Hive are aping the Virginian metal titans as there are a host of other influences at play here, but the links between the two are unmistakable.

Stand out tracks include the opening Eviscerate, which is one of the strongest songs on the EP. With this, Cleanse the Hive deliver a masterclass on simply devastating vocals and guitar work that is both ten tonne heavy and dripping in melody. Following up is Cities of Gold, which dances between speedy, yet groove laden riffs and slow, headbang inducing guitar work with ease. There is also a lovely little melodic part, and even some pig squeals that add a new level of brutality to proceedings. Finally, closing track Terror Rising has an almost proggy feel to it. With Middle Eastern sounding guitars featuring heavily, this is certainly the most interesting sounding song on the EP.

This is what we as a scene should championing. Out with the auto-tuned, open-note breadown wankery , in with the groovy, death-metally anthems that actually make you want to bang your head and raise your horns. Cleanse The Hive have potential, and with a bit more work and a bit of luck, they will find themselves spearheading the Scottish metal scene – hopefully in the very near future. More of this please!

Track List:
1. Eviscerate
2. Cities of Gold
3. The Reign of Tyrants
4. From The Depths
5. Terror Rising