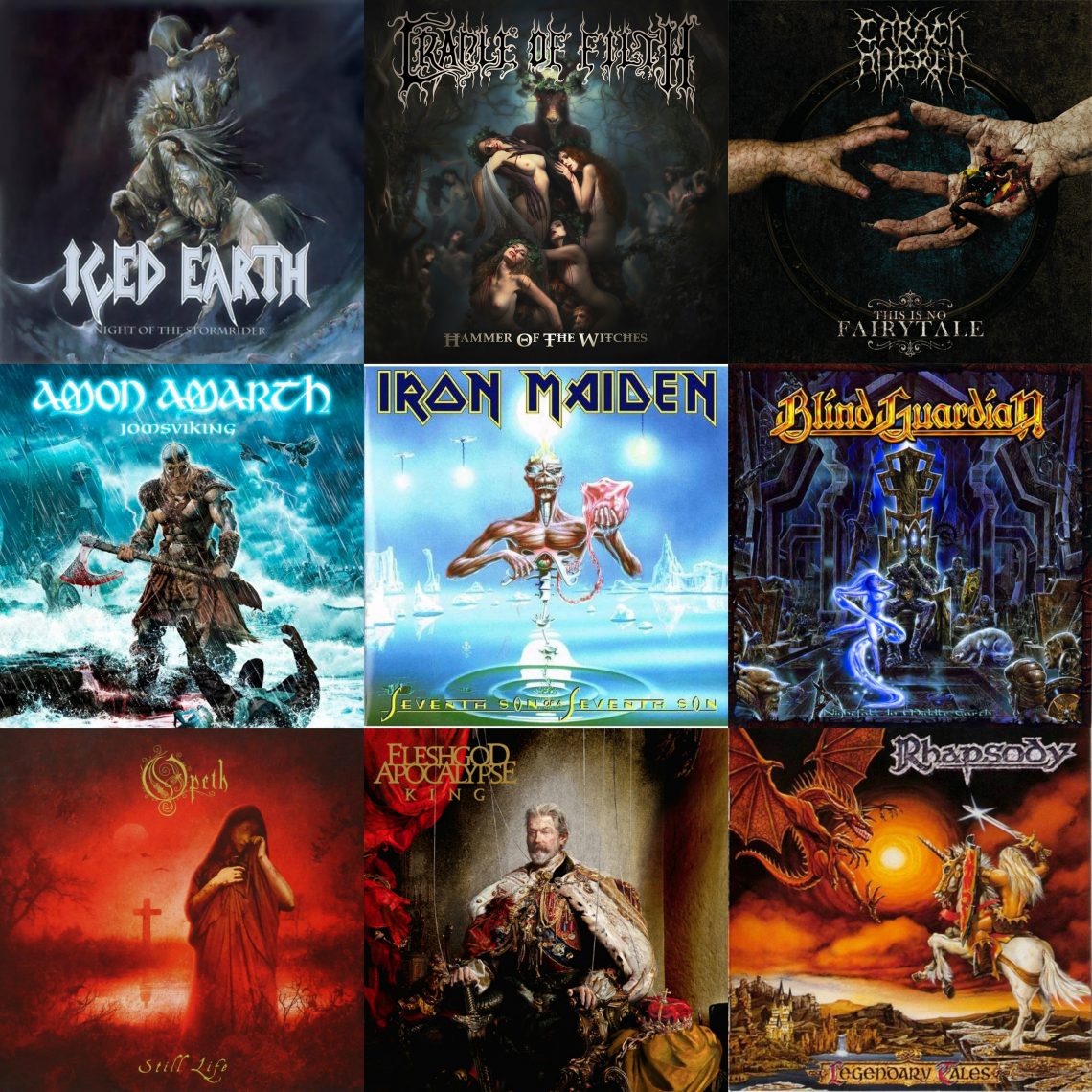 What are the purposes of art? I believe art, in all its forms, has three main purposes, and has since the first humans made their first cave paintings – to explore ideas, to express emotions, and, most importantly, to tell stories.  Exploring ideas and telling stories are two pillars that hold up one of the most interesting phenomena is music – the concept album. I love the concept of a concept album, as it were – the idea of writing a full album of connected lyrics and music following one important theme or story feels both incredibly grandiose, yet also comfortable.

But what makes an album a concept album? Is it just a series of songs centred on one broad idea? Well, no – a true concept album follows one very specific and unifying theme. Take, for example, war. War is a theme explored and discussed by countless bands in countless songs throughout the entirety of the metal genre. But if having a rough theme of war running through an album classifies it as a concept album, then surely nearly every Sodom album can be classed as such. However, take Sabaton’s The Art of War, based on its namesake book from the 6th century Chinese military philosopher Sun Tzu, and you have an honest to God concept album about war. It’s this focus, and this depth that pushes an album from “roughly about” to a concept album.

However, this focus is not an easy thing to attain. Ask anyone who has been involved in the writing of concept albums, and they’ll seem to throw around variations of the word “challenge” a lot – “It was a new challenge,” “it was a challenging experience,” and so on. And this is, of course a fair comment – to go from writing a dozen different songs with different themes to one continual theme or story that progresses throughout the album would of course be difficult and is absolutely something to be admired. And this, I believe is why concept albums are so rare in metal. They are not unheard of, certainly, but they are definitely not as common as “normal” albums. Another factor contributing to this may be that they can be limiting – by their nature they will only deal with one main story or theme, which leaves the musicians and lyricists unable to explore further concepts until a alter release.

Despite their rarity, metal certainly holds a large number of concept albums – though if one was to delve into the realms of prog rock, you would be spoilt for choice! But in this legion of albums, some stand tall as behemoths of the genre, showcasing the best of what metal and its subgenres have to offer. The first one springing to mind happens to be my favourite album of all time – Iron Maiden’s 1988 masterpiece Seventh Son of a Seventh Son. Taking inspiration from Orson Scott Card’s 1987 novel, Seventh Son, and the well-documented mythology and folklore surrounding the mystical seventh son of a seventh son, Iron Maiden created their magnum opus. The lyrics are, as ever, interesting, intelligent, and well thought out, the vocals are some of Bruce Dickinson’s best, and the music, while still retaining the signature heaviness is more melodic and progressive than what came in previous Maiden albums. Every single song on Seventh Son of a Seventh Son is recognisable as being from that album, and while it is best listened from start to finish, every song is also strong as a standalone track.

The lighter side of metal has always been somewhat of a bastion for concept albums. Power metal, symphonic metal and prog in particular have always leant themselves well to the format. Ayreon Avantasia and the mighty Iced Earth have all released more than their fair share, and Blind Guardian’s Nightfall In Middle Earth (which tells the story of J.R.R Tolkien’s The Simarillion) is another of my favourite albums. And though the conceptual masters are without a doubt Italy’s symphonic power metal heroes Rhapsody of Fire, with The Emerald Sword Saga and The Dark Secret Saga serving as an epic fantasy story spanning across all their albums, the more extreme side of metal has also waved the banner for concept albums over the years, though more so recently. One of the most prolific is, of course, Opeth’s 1999 release, Still Life which, as described by frontman Mikael Åkerfeldt is a “not Satanic, but anti-Christian” tale of a man banished from his town due to a lack of faith. In more recent years, we have all of the works of Dutch black metallers Carach Angren, with every album they’ve released so far being concept albums with stories taken either from folklore or of their own crafting. Cradle of Filth’s recent return to form, Hammer of the Witches follows the awesome concept of vengeful pagans during England’s medieval witch-hunts, taking its name and some lyrical inspiration from the 1486 tome Malleus Maleficarum – a tome which details torture methods for those accused of practicing witchcraft and demonology. And even this year, extreme metal has been cranking out some absolute gems. In February, we had the incredible King from Italy’s Fleshgod Apocalypse, which explores the “fear-based corruption of human beings, and its effects on global society.” Frontman Tommaso Riccardi explained in an interview with Decibel Magazine that this concept is told in that of a story about a King, a positive character who represents the bravery and love in us, and his court who represent the fears deep within humanity. The court tries to overthrow the King, and warp his decisions to fit their own advantages. Now that, that is an awesome and original idea, and if you’ve listened to the album you’ll do it’s delivered in a beautifully dark and brutalising package. Similarly, only a month later, Amon Amarth unleashed their tenth offering to us in the form of the wonderful Jomsviking – which earnt my first ever 10/10 review! It follows the story of a man who joins the ancient, mystical order of the Jomsvikings as he is forced into exile after murdering one of his Jarls men. Jomsviking is a story built on love and warfare, on betrayal and bloodshed, a true tragedy and a work of art that I believe is one of the best albums to be released in recent history. And later this year, Finnish melodic death metal masters Insomnium are releasing Winters Gate, described as “a concept album made of one epic 40 minute song. The album is built around Winters Gate, a short story by Niilo Sevänen… a story about a group of Vikings who set out to a fabled island west of Ireland, even though winter is drawing near.” An interesting story, and if the album is in-keeping with Insomnium’s cold brand of Finnish melodeath, it’s going to be an excellent listen! Concept albums are a rare and beautiful thing, becoming more popular in metal – and indeed in extreme metal – and this can only be a good thing. Will Iron Maiden ever release Seventh Son 2? Of course not. And can we expect the next Amon Amarth album to be a concept? Probably not, now they have Jomsviking out of their system, but I wouldn’t rule it out. Extreme metal has a place for concept albums, and it is a place I hold very dear to my heart. I look forward to the many, many more that will be released over the next few years!

Of course, I cannot mention every concept album ever released – this would lead to a very long, and frankly quite boring article – and I know there are many classics that have not been mentioned here. This is not through a lack of appreciation for them, or a lack of knowledge, but simply that they did not feature because they did not feature – there is nothing more to it than that. If you happen to have any recommendations, be sure to let us know in the comments!

The Jezabels’ new ‘My Love Is My Disease’ video