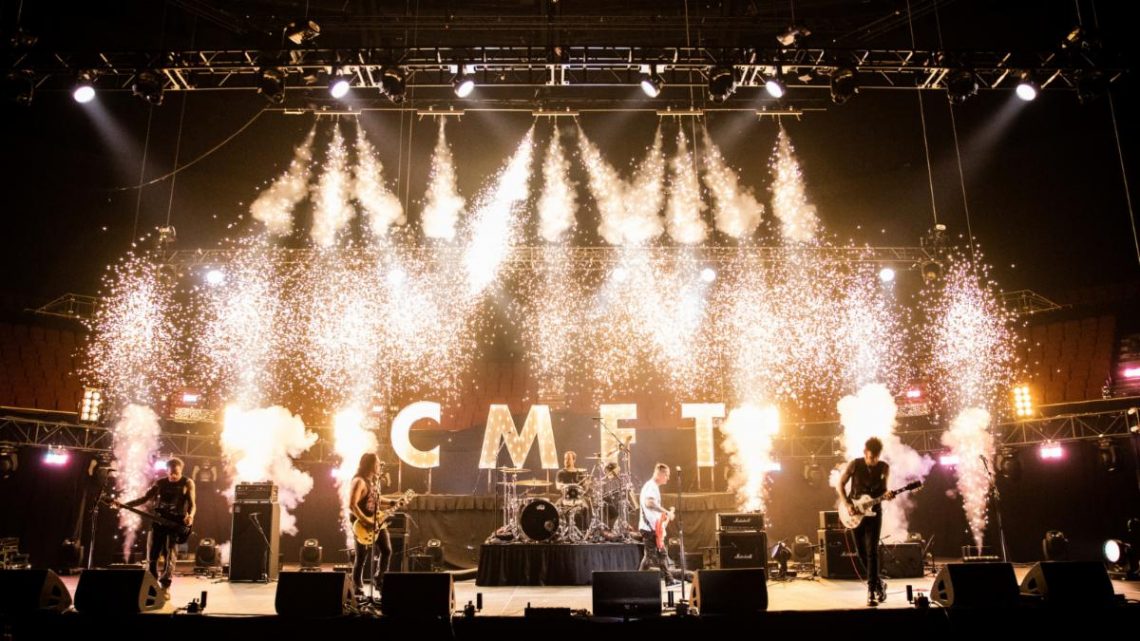 Corey Taylor is celebrating his special day today with the release of a new animated lyric video for ‘Everybody Dies On My Birthday.’  Speaking to Metal Hammer earlier this year, Taylor elaborated on the song’s significance stating, “We’re all born, and we all die. It’s those two things we all have in common; it’s everything in between that can be changed.”  “Everybody Dies On My Birthday” is featured on Taylor’s acclaimed first-ever solo album, CMFT, which is available on all streaming platforms.

In addition, to celebrate his birthday today, Taylor has collaborated on a new limited-edition of his favourite beverage together with Menotti’s Coffee of Venice, CA.  The CMFT Private Blend features a darkish roast flavor, with just a hint of excitement peeking around the corner. Fans can order a 12oz bag now at http://store.thecoreytaylor.com/.

Taylor commented, “We wanted to create something that gave you that same comfortable and cozy feeling you get from a really good cup of diner coffee after you’ve been riding on HWY 666.”

Fans can also visit http://store.thecoreytaylor.com/ for a brand new ‘Everybody Dies On My Birthday’ t-shirt design released today. The coffee and merch launch follows a recent appearance on Bert Kreischer’s ‘Bertcast’ where Taylor discussed his approach to building one of the most dynamic and thrilling careers in modern music.

Earlier this year Taylor made history as he reached #1 at Active Rock Radio with ‘Black Eyes Blue.’  The achievement put Taylor in a class all his own, making him the first artist in the history of the format to reach #1 with three separate projects, following chart-topping tracks with Slipknot and Stone Sour.

Named one of Loudwire’s ‘Best Rock + Metal Albums of 2020,’ CMFT has been garnering widespread critical applause, with FORBES affirming, “Corey Taylor’s singing is undeniably the best it’s ever been. From Slipknot’s last album to his new solo material, Taylor is easily among the best sounding rock singers alive.” Kerrang! raved, “Corey Taylor certainly couldn’t have predicted how important a sense of uninhibited joy would be on his debut solo effort, it’s just what 2020 needs – and, even more importantly, exactly what he delivers.”