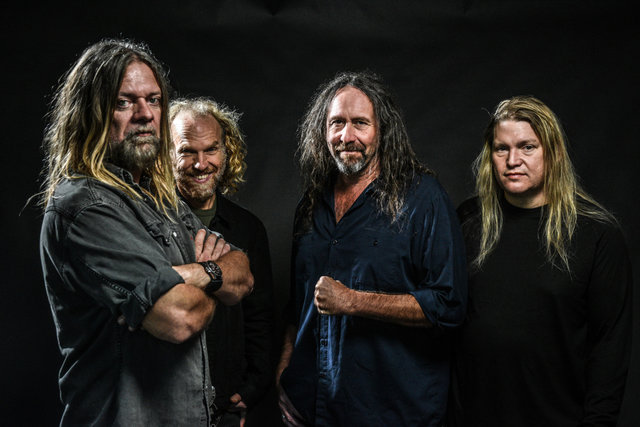 Corrosion Of Conformity are stoked to announce that they’ve added some extra dates to their already announced October/November UK run. The new dates will see the band hit Dublin, Limerick and Belfast for three headline shows! 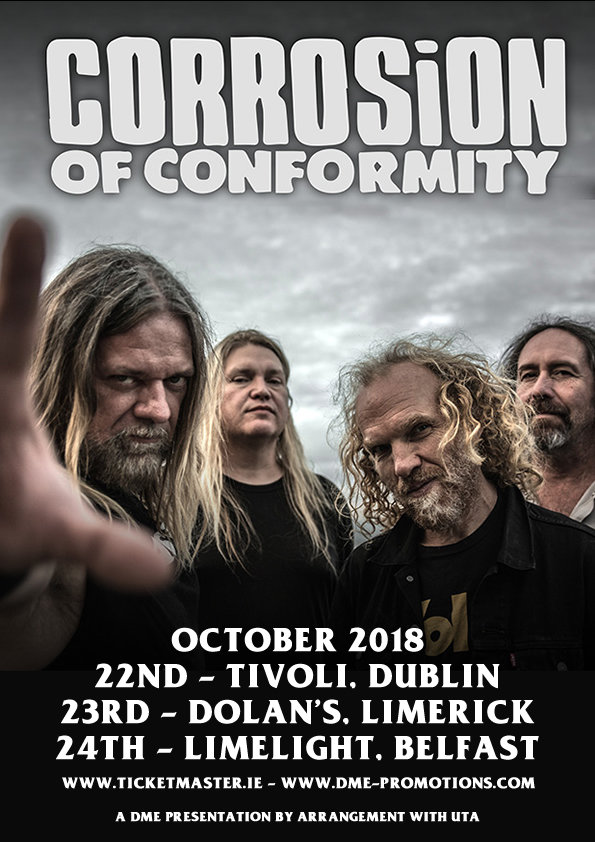 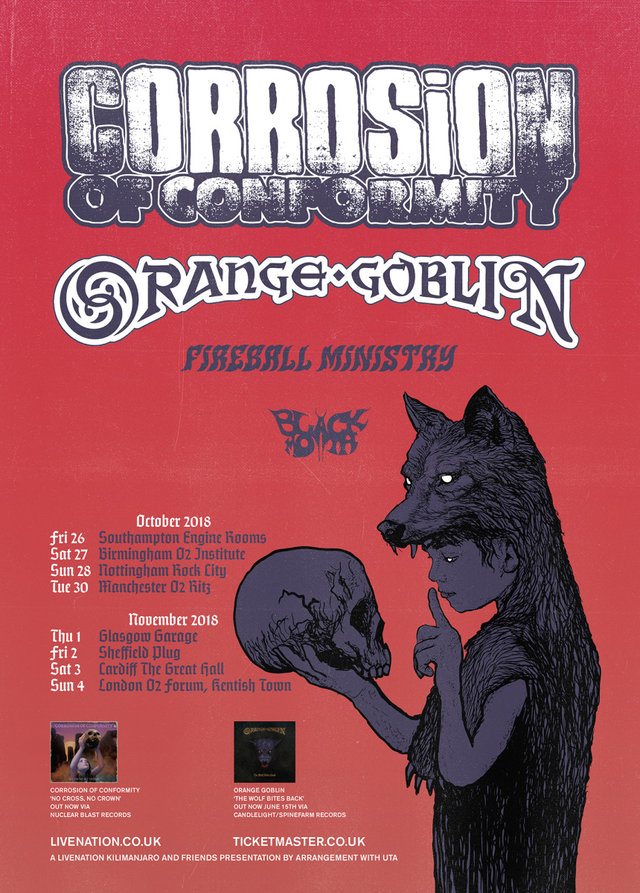 Corrosion Of Conformity will be touring in honour of latest studio album No Cross No Crown, which was released in January 2018 to rapturous praise from fans and peers alike. Iconic guitarist and vocalist Pepper Keenan has returned to the fold, with No Cross No Crown arriving as C.O.C.‘s first studio album to feature Keenan since 2005’s In the Arms of God.

No Cross No Crown somehow sounds as though no time has passed between 2005’s In The Arms Of God and today. Recording in North Carolina with longtime producer John Custer, C.O.C. cut No Cross No Crown in about forty days over the course of a year. Some of the new jams sound like they could’ve easily appeared on Wiseblood or Deliverance, two of C.O.C.’s most revered records. Beefy Southern stompers like ‘The Luddite’, ‘Little Man’ and ‘Forgive Me’ are interspersed with melancholy guitar interludes like ‘No Cross’, ‘Matre’s Diem’ and ‘Sacred Isolation’ – just like Sabbath used to do in the ’70s.

BEYOND THE BLACK – Release Official Music Video For “Million Lightyears”!