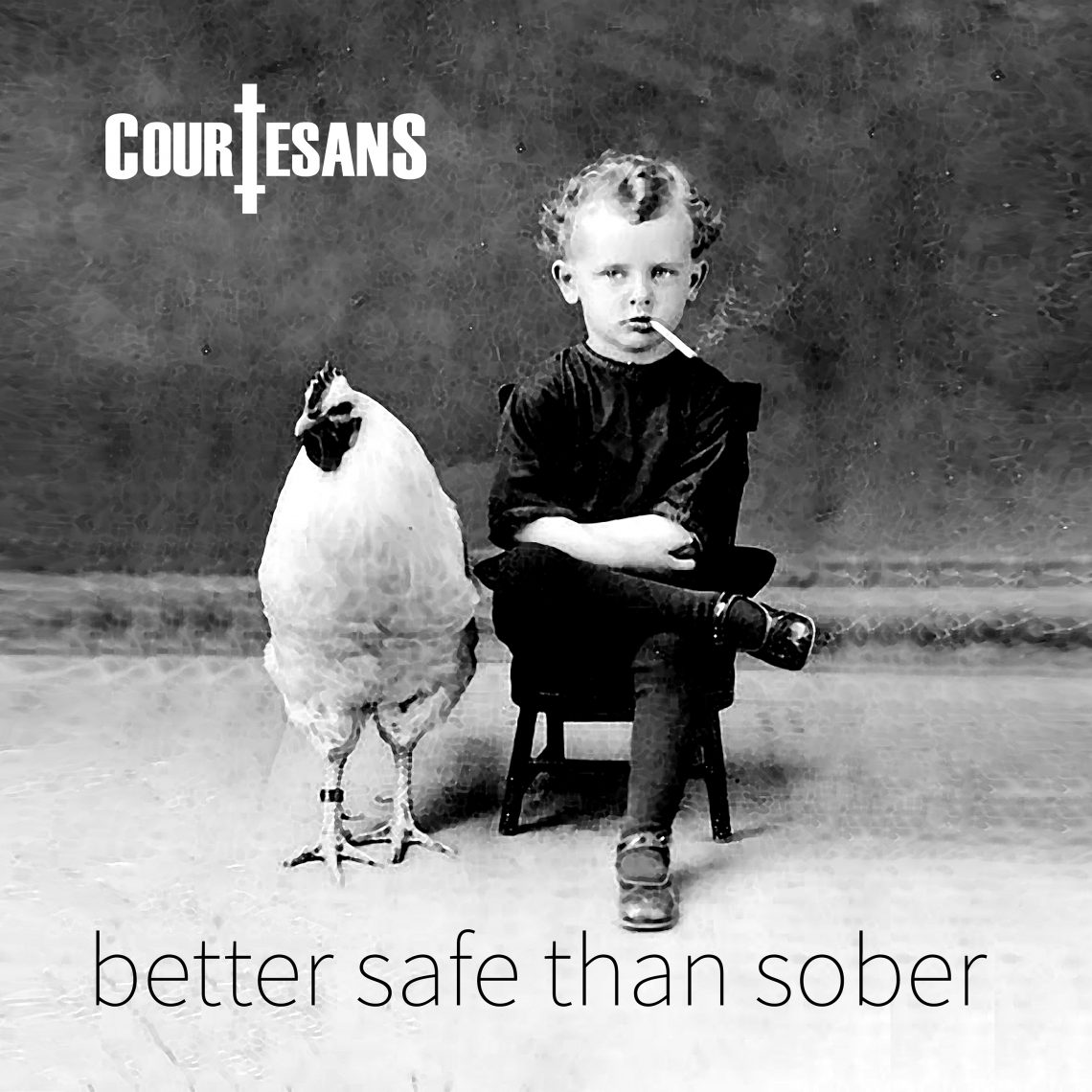 It’s ony been a little over a year since the Courstesans released their debut album 1917 which has been a mainstay in the AATR stereo system. Now they’re due to unleash Better Safe Than Sober. A 5 track masterpiece of epic proportions & completely funded by a succesful Pledge Music campaign.

Still keeping with the sensibilities of their debut, the girls are as raw as a carpet burn on this release & harder than a skinhead with a switch blade.

This is 20 minutes of break shit & fuck on the floor music.

1st track Knowhere & Vikkis drums are pummeling. The bass is driving, the guitar is crushing, Sinead is in fine vocal form & the harmonies on the middle 8 break are just outstanding.

Feel the Same is full of emotion that only Sinead can muster. There’s a feeling that this will be a hard track for her to perform live just due to the emotion that is behind the vocal.

John Doe (sadly not written about yours truly) has an intense wall of sound refrain with a soft vocal verse.

4th track Mesmorise has been around a little while. Not just in the live set but as a YouTube tease to what the girls will do next. This is the only time you get a bit of a break in the utter sonic assault. It does exactly what it says on the tin. It really does Mesmorise & induces an almost trance like state which helps absorb the lyric.

The final track The Tide is a great finisher but sadly it is the end track. But it does leave you wondering how the hell the girls are going to follow this E.P up.

You really wouldn’t think this release is self-produced or even self released. It has that Phil Spector wall of sound to it.

As with all the prior Courtesans output, Better Safe Than Sober also deals with the futility of mankind & the struggles we go through day-to-day. From light to dark, lows to highs, happiness to pure depression.

If you though 1917 was good, be prepared to have your world shattered. 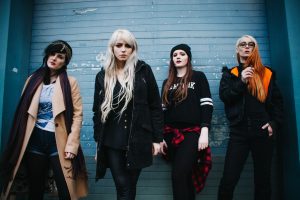